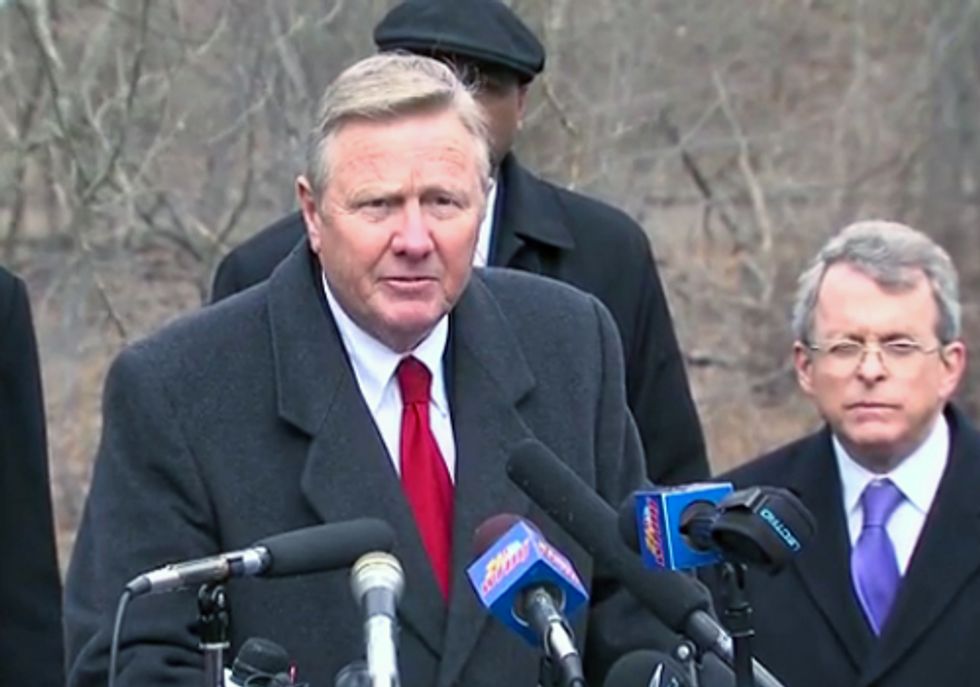 Federal prosecutors have charged a Northeast Ohio man with violating the federal Clean Water Act after dumping at least 20,000 gallons of toxic and potentially radioactive fracking wastewater into a storm drain that empties into a tributary of the Mahoning River in Youngstown, Ohio.

The U.S. Attorney's Office announced the charge yesterday against 62-year-old Ben Lupo of Poland, Ohio. He pleaded not guilty.

"These charges today should serve as a warning to anyone that places their personal interest ahead of public safety," said a federal prosecutor at a press event yesterday.

"The federal charges send a clear message across the state that our precious water system is most important, but it doesn't mean that we have to be satisfied with what the feds have done," said Ohio State Rep. Bob Hagan.

"We need to continue to be vigilant. We need to strengthen our state laws, allow more local control and put more boots on the ground closer to the drilling activity so we can watch what they are doing and know what chemicals are being used.

"I've introduced a medical right-to-know bill, that will allow first responders immediate access to the chemical content of any incident, whether it's an accident or done on purpose."

According to News Channel 5, Lupo owns Hardrock Excavating LLC. He faces up to three years in prison, a $250,000 fine and a year of supervised release if convicted. Authorities allege Lupo directed an employee to illegally discharge the drilling mud and brine into a storm sewer that empties into the Mahoning River watershed on Jan. 31.

The Ohio Department of Natural Resources revoked the permits of Hardrock, a brine hauler, and D&L Energy after workers at the companies' Youngstown headquarters reported seeing the material being dumped.