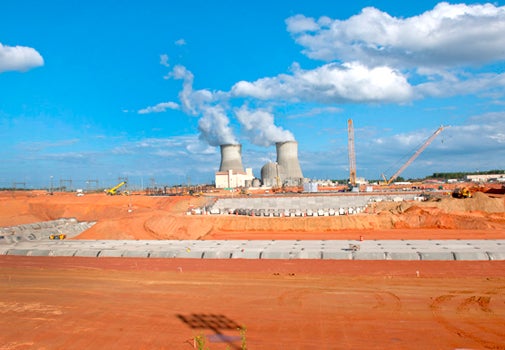 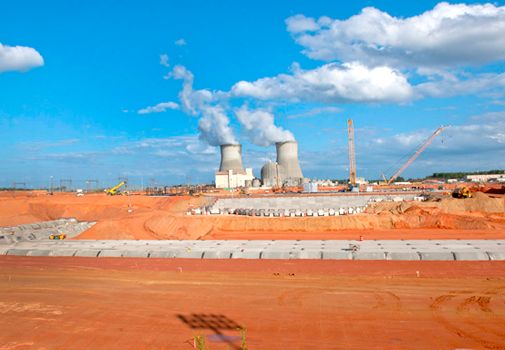 Despite the opposition of its chair, the Nuclear Regulatory Commission (NRC) approved the first new construction of a new design of nuclear reactor on Feb. 9 since the Three Mile Island nuclear disaster in 1979. Friends of the Earth stated on Feb. 14 that the decision to give the green light to building two nuclear reactors at Vogtle, Georgia raises fundamental safety and economic concerns.

The NRC ruling, the first such approval in the U.S. in more than 30 years, will saddle Georgians with higher electricity rates and leave American taxpayers on the hook for billions of dollars—all for a dangerous energy source with a long history of construction delays, cost overruns and safety lapses.

“The license may be granted, but these reactors are far from a done deal. As in the past, expect delays and cost overruns, and rest assured that we will challenge the validity of this license in court,” said Damon Moglen, director of Friends of the Earth’s climate and energy project.

In a shocking dissent by NRC Chairman Gregory B. Jazcko against the four other commissioners who approved the decision, Jazcko said that the approved designs did not take the lessons of Fukushima into account. “I cannot support issuing this license as if Fukushima never happened,” Jazcko told his colleagues.

Southern Energy claims that the two Vogtle units will be completed within five years at a cost of $14 billion, but the history of such projects indicates that rosy projections of nuclear construction timelines and costs should not be taken at face value. For example, two French-designed nuclear reactors under construction in western Europe are already years behind schedule and billions of dollars over budget. At the Vogtle site, extensive pre-construction has already led to 12 sizeable construction “change order” requests, while long-running site-specific design and fabrication problems have confounded Westinghouse and its lead contractor for more than two years. At the same time, clean renewable energy has been booming in the U.S., growing 38 percent between 2007 and 2010 according to data from the U.S. Energy Information Administration.

Major safety issues with the design of the planned Vogtle reactors remain unresolved, with the NRC failing to address key vulnerabilities. The safety of the reactor design has been challenged over many years. An engineering study commissioned by Friends of the Earth and other groups opposed to the project identified seven key safety areas, including failure risks for the reactor containment, cooling functions and spent fuel pool integrity. The Fukushima-Daiichi accident highlights the dangers of these oversights as it continues 11 months after it began, with leaks of highly radioactive water and rising temperatures in the molten fuel occurring in recent days.

“This is a valentine sent by the Obama administration to the nuclear industry, but it translates into a nightmare for the public, which gets handed increased nuclear hazards and inflated costs for a dangerous, outdated energy source,” said Moglen.

The Vogtle project is entirely dependent on an $8.3 billion pre-emptive bailout promise from the federal government, which comes from the same loan guarantee program as Solyndra’s much ballyhooed $535 million. Vogtle’s loan guarantee is well over 10 times as large as that of the solar company.

“Contrast the enormous risks in economic and public health terms from nuclear projects with the reality of renewable energy and energy efficiency, which are already cost-competitive with nuclear and continue to fall in price. Furthermore, renewable energy promotes rather than endangers public health by cutting global warming pollution, not dirtying the air and, of course, not producing dangerous radioactive waste,” said Moglen.