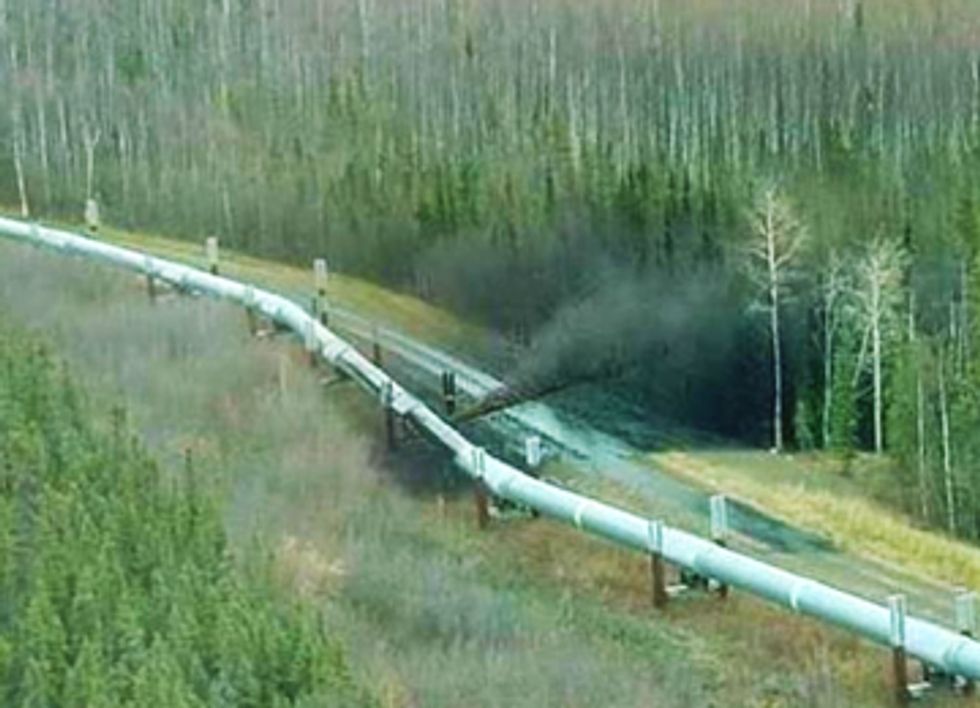 Only a small fraction of America’s vast network of natural gas and hazardous liquid pipelines has undergone any sort of inspection in recent years, including several hundred pipelines which have spilled or broken down, according to federal records displayed today by Public Employees for Environmental Responsibility (PEER). As a result, the safety and reliability of much of this key but volatile transport grid remains unknown.

A pipeline leak in Alaska in 2001. The photo shows the force of this leak pushing the pipeline to the side.

Records obtained from the Pipeline and Hazardous Materials Safety Administration (PHMSA) by PEER under the Freedom of Information Act reveal the following:

Despite these figures, PHMSA’s latest annual report on Nov. 30, 2012, to Congress on inspection and enforcement needs is less than one page long and mentions no need or even desire to increase inspections.

“At the current rate, most of our oil and gas pipeline network will not be inspected in this generation,” stated PEER Counsel Kathryn Douglass, noting that the present rate of less than one thousand federal and state inspections each year offers no hope of keeping pace. “Inspections are supposed to prevent damaging incidents but the main way pipeline deficiencies now become manifest is when ruptures or explosions make them obvious. This approach to pipeline safety is like searching for gas leaks with a lit candle.”

Nor is it clear that the causes of pipeline breakdowns are effectively remedied even after major spills or blasts occur. In the period since 2006, PHMSA recorded 3,599 incidents, defined as a release resulting in injury or death or major property losses, but took only 1,526 enforcement actions during the same period. Similarly, months following major pipeline disasters, PHMSA has yet to implement the vast majority of corrective measures recommended by the National Transportation Safety Board.

“PHMSA is a sleepy, industry-dominated agency that tries to remain obscure by doing as little as possible,” Douglass added. “Its minimalist approach to pipeline regulation means several eco-catastrophes a year is business as usual.”

Approval of the Keystone XL, another massive pipeline project to transport tar sands from Canada to Texas, would put more pressure on PHMSA to perform. Many fear that spills from that pipeline, if approved, would create even bigger environmental headaches.