Federal Protection Will Be Considered for Hammerhead Sharks 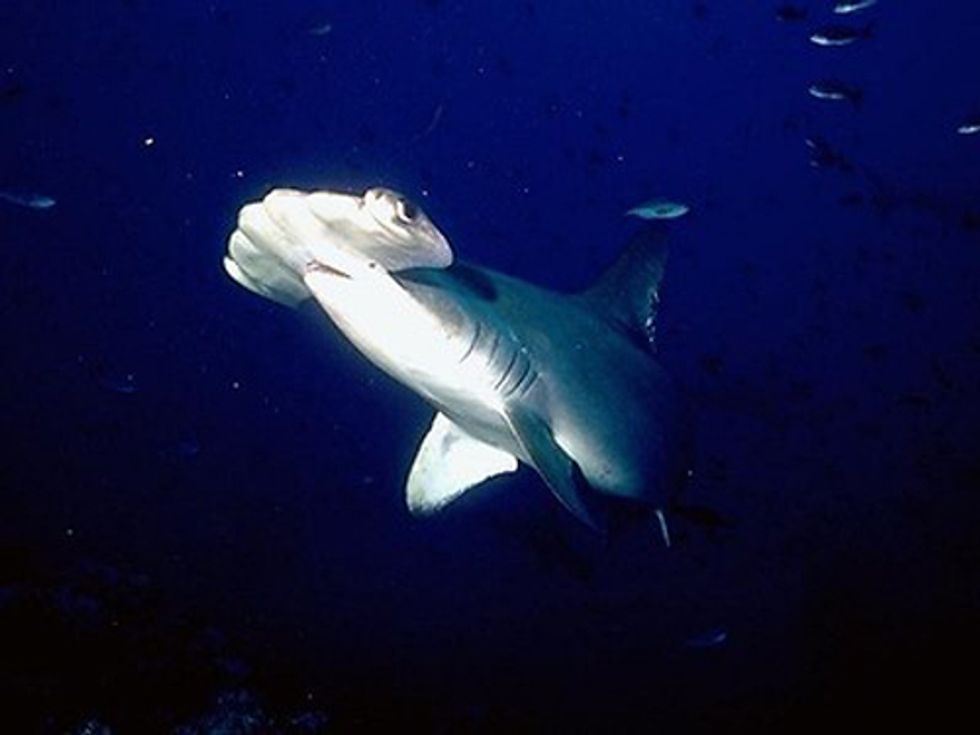 The National Marine Fisheries Service announced a positive preliminary finding on a petition WildEarth Guardians and Friends of Animals submitted to list scalloped hammerhead sharks as “threatened” or “endangered” under the Endangered Species Act (ESA). The agency found that the primary threat to these sharks—capture and finning—is jeopardizing the species. The agency will conduct a 12-month review of the species to determine if listing is warranted.

“This is an important first step to protection for these ‘wolves of the sea,’” said Taylor Jones, endangered species advocate for WildEarth Guardians. “More than 99 percent of plants and animals listed under the act persist today. We hope that the hammerhead can escape extinction under the strong protections of the ESA.”

The hammerhead’s name describes its characteristic elongated, flattened head, which on the scalloped hammerhead has distinctive, curved indentations along the front edge. Scalloped hammerhead sharks can live to 30 years. Adults usually travel alone or in pairs, but juveniles gather in large schools. Most sharks, including scalloped hammerheads, play an important role as apex predators in maintaining ocean bio-communities. Ecosystem stability and biodiversity, congressional priorities for the ESA, could seriously suffer from the loss of these top predators. Listing species with global distribution can both protect the species domestically, and help focus U.S. resources toward enforcement of international regulation and recovery of the species.

The International Union for Conservation of Nature lists the scalloped hammerhead species as “endangered” on its Red List. These sharks live in coastal waters in portions of the Atlantic, Pacific and Indian Oceans. All scalloped hammerhead populations are threatened by fish commerce—the main cause of population declines.

Scalloped hammerhead sharks have very high commercial value. While scalloped hammerheads are especially coveted for their fins, which are used in dishes such as shark-fin soup, the shark’s flesh is also sold in various forms as food, the hides are commercially valued, and the remainder is used for vitamins and fishmeal for agribusiness use. The commercial value of the species, combined with the sharks’ slow rate of reproduction, makes them highly vulnerable to exploitation.

“Shark exploitation must be confronted if scalloped hammerheads and other sharks are to survive and thrive,” said Lee Hall, vice president of Legal Affairs for Friends of Animals.

The practice of finning is of particular concern for scalloped hammerheads and other sharks. In this practice, crews land the sharks and remove only their fins, disposing of the remainder of the animals overboard and leaving disabled sharks to drown or die of starvation. By taking only the fins, crews catch and kill many more sharks than their boats could otherwise hold—and many more than can be officially recorded as losses to the bio-community.