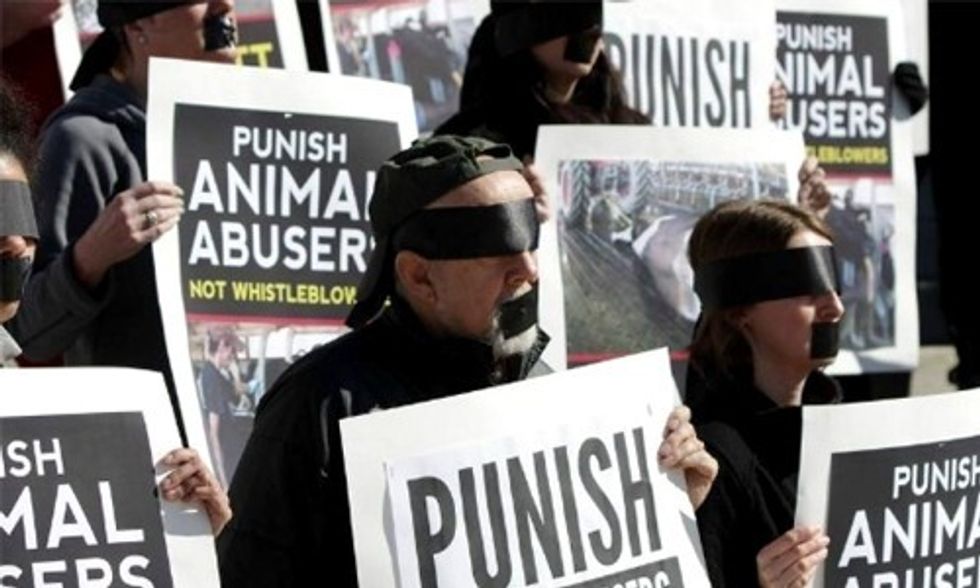 A federal judge in Idaho struck down a law that bans undercover filming at farm operations, NPR reports. The so-called "ag-gag" law was deemed unconstitutional with the judge citing First Amendment protections for free speech.

Six other states—Montana, Utah, North Dakota, Missouri, Kansas and Iowa—still ban undercover filming at farm operations, and a new North Carolina law will go into effect in January 2016. But the ruling in Idaho calls into question the validity of these states' bans.

In this NPR exclusive, the opponents of the state bans including Mercy for Animals, PETA and the Animal Legal Defense Fund, weigh in on what they are calling "a total victory." We also hear from Idaho Dairymen's Association director Bob Naerebout who was "disappointed" by the decision because "the legislation was designed and crafted to try and protect First Amendment rights while also trying to provide some personal property protection," says Naerebout.

The Dairymen's Association will be asking the state to appeal Judge Winmill's decision, Naerebout says.

Listen to the full clip here: