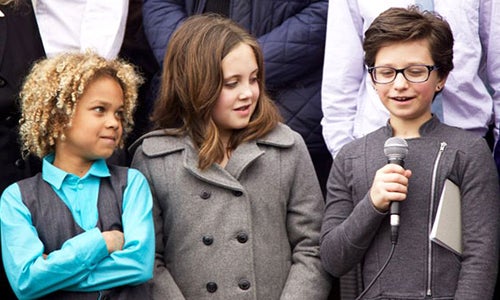 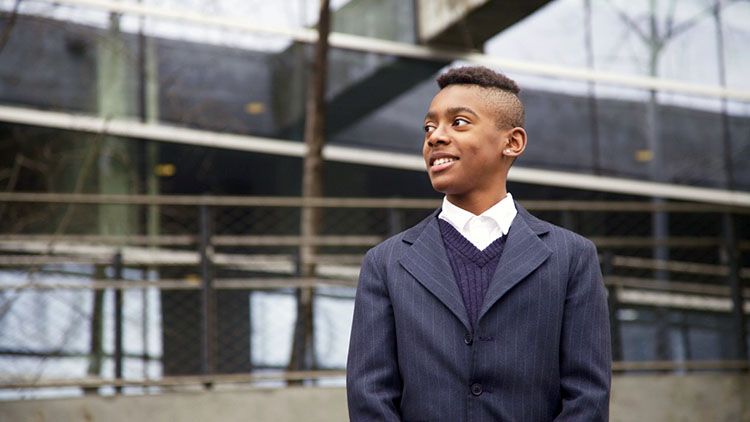 The occasion for the youthful energy was a hearing on a complaint filed on behalf of the plaintiffs, aged 8 – 19, by Oregon nonprofit Our Children’s Trust. The kids’ lawyers assert that their clients and the younger generation as a whole, have been deprived of key rights by their own government. By failing to act on climate change, they argue, the U.S. government—including President Obama and a baker’s dozen federal agencies—has valued its own generation more than future generations, who will bear a greater burden with respect to the climate crisis.

The Justice Department filed a motion to dismiss the complaint and Wednesday’s hearing had a federal judge considering that motion. The youth plaintiffs’ counsel sparred with government lawyers as well as attorneys representing fossil fuel interests. This kind of case might sound, well, juvenile, but trade groups with ties to the oil and gas lobby—the American Petroleum Institute, the American Fuel and Petrochemical Manufacturers and the National Association of Manufacturers—were concerned enough about it that they joined as co-defendants in November of last year. Now, the Oregon U.S. District Court will decide whether or not the complaint will proceed to trial.

Xiuhtezcatl Tonatiuh Martinez, a 15-year-old indigenous activist and a plaintiff on the case, summed up the kids’ perspective at a press conference after the hearing. “We are valuing our futures over profits,” he said. “We are valuing this planet over corporate greed.” 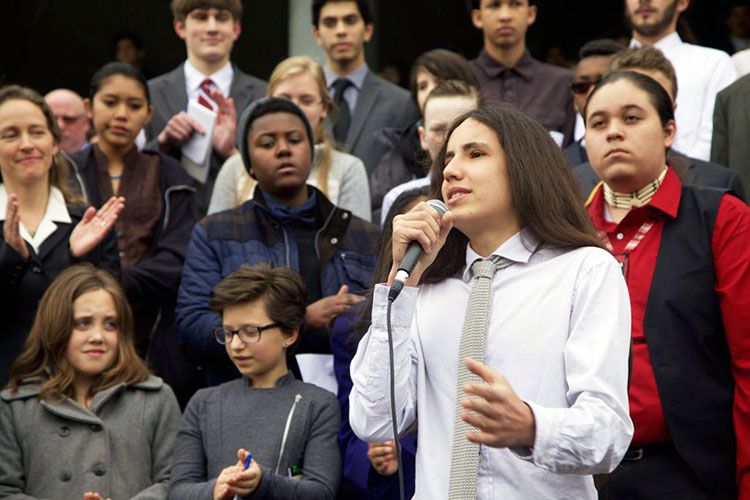 This isn’t the first time Our Children’s Trust has brought forth a youth climate lawsuit. Indeed, the group has at one time or another filed suit in all 50 states and currently has cases pending in five states. Back in November, in a case brought by a coalition of Seattle teenagers, a Washington judge ruled that the state was constitutionally obligated to protect its natural resources “for the common benefit of the people of the State”—a notable win for the young plaintiffs—but she did not go so far as to rule that the state’s carbon emissions-limiting standards in question needed to adhere to the “best available science.” A 2011 suit, which the youth plaintiffs ended up losing, also targeted the federal government for failing to keep the atmosphere safe for future generations. It perhaps goes without saying that these types of complaints are incredible long shots. 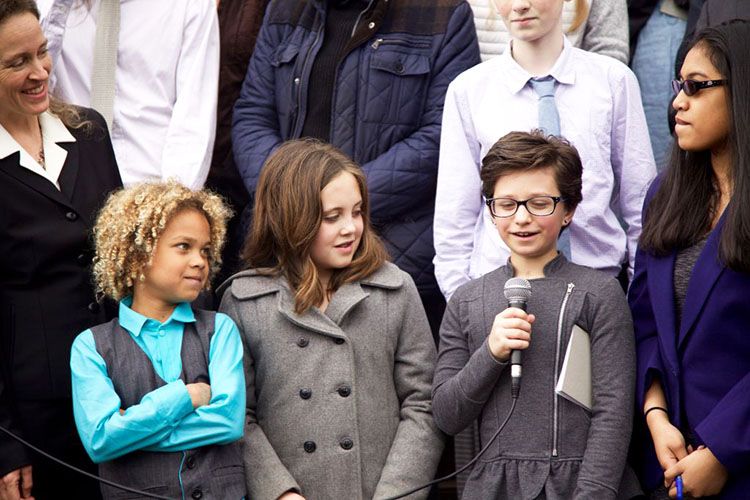 Julia Olson, a lawyer with Wild Earth Advocates and Our Children’s Trust who argued the plaintiffs’ case on Wednesday, is optimistic about the outcome of this complaint, though. “I believe in our Constitution and I think it can work to address even the most systemic, intractable problem of our generation,” she told me.

The complaint alleges violation of the kids’ Fifth Amendment rights to due process and equal protection. By failing to act on climate change, it argues, the government discriminates against youth as a class. Without access to a healthy climate, they’re deprived of their fundamental rights to life, liberty and property.

The complaint is also built on the public trust doctrine, a carryover from English common law that says a government has the duty to protect certain natural resources and systems on behalf of current and future generations. “It originated with Emperor Justinian in Rome,” Alex Loznak, a 19-year-old plaintiff, explained to the press. “It’s reflected in the Magna Carta, the writings of Thomas Jefferson and cited in U.S. court decisions dating back to the 1800s.”

An important question at hand on Wednesday was whether the public trust doctrine applies to the federal government. The U.S. government and its fossil-fuel industry co-defendants argued that legal precedent only considers it to apply to states. That’s a crucial distinction, because it will help determine whether or not the plaintiffs even have standing in the federal court system.

The defendants also contend that if the federal court took on the case, it would amount to an egregious overstep of authority by the judiciary. “This is the type of problem that is designed to be solved by the political branches,” argued U.S. counsel Sean C. Duffy at the hearing. He said that denying the U.S. government’s motion for dismissal would effectively turn the judicial branch into a “de facto super-agency.”

Another core argument of the defense is that all cases addressing constitutional rights must demonstrate that the government, through its actions, has infringed upon these rights or exceeded its authority. Instead, the defense argued, the kids’ case alleges a failure to act and you can’t require the government to simply “do more.” “Our Constitution is one that limits the power of government,” argued intervenor counsel Quin Sorenson, who represented industry interests at the hearing.

That’s not how Olson sees it, though. “What we have today is not just a failure to act,” she told the press after the hearing. “The government is not just sitting by and doing nothing. They are doing everything to cause this problem.” Indeed, the complaint calls out the government for its continued actions to “permit, authorize and subsidize fossil fuel extraction, development, consumption and exportation.” 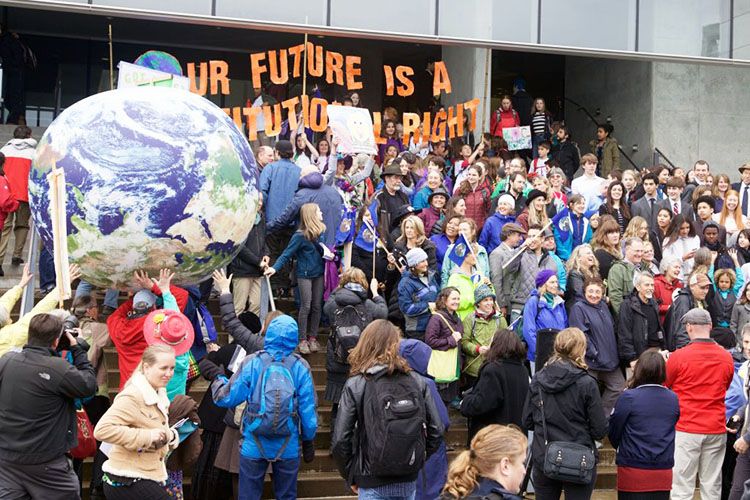 Courthouse in Eugene, OR, after the hearing. The banner reads, “Our future is a constitutional right.” Photo credit: Clayton Aldern / Grist

It’s also not unprecedented for a court to demand that the government meet a specific standard to ensure its citizens’ safety, she said. In Brown v. Plata, for example, a 2010 Supreme Court case concerning prison reform, the court required a mandatory limit on prison populations for the sake of health and safety. Summarizing the decision, she said that while the Supreme Court had no scientific standards to apply at the time, it ruled that it could rely on expert evidence. “The Court selected the number—it set the standard—to keep those prisoners safe.” And when it comes to determining the safe level of climate pollution in the atmosphere, “we have scientific standards,” she said. 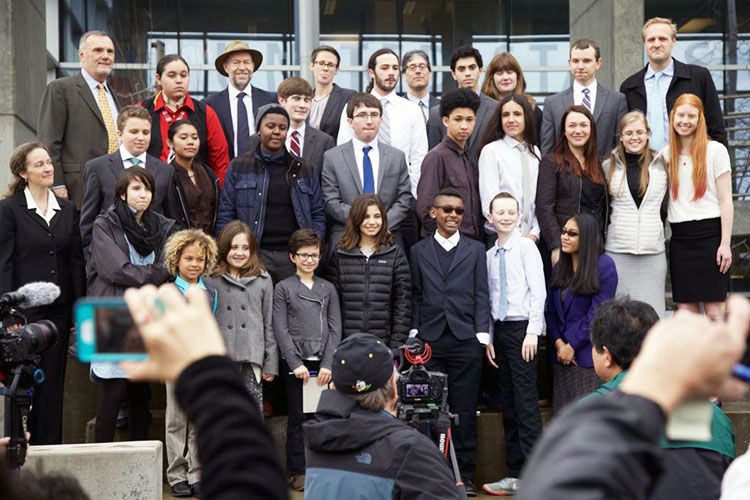 The 21 youth plaintiffs, along with climatologist James Hansen (top, third from left)

“The way I hope it will go is that the judicial branch will say, ‘You’ve got to do something,'” said Dr. James Hansen, adjunct professor at Columbia University and former director of NASA Goddard Institute for Space Studies. Hansen’s granddaughter is a plaintiff in the case and he’s formally listed in the complaint as the legal guardian of “Future Generations.” He continued, “Hopefully the court will ask for a plan: How are you going to ensure the rights of young people?”

In a time of gridlock and sorely needed climate action, the case couldn’t come soon enough, Hansen said. “It gets harder and harder to stabilize the climate if you go longer and longer without turning the curve.”

Addressing climate change is perhaps the greatest challenge of our time and it necessarily causes us to ask some big questions. Is there a constitutional right to be free from climate change? Is there a constitutional right to a safe climate? Is youth a class or simply a mutable trait? If the federal government takes actions that worsen the climate crisis, does that amount to an abuse of its power?

Said Olson: “We are not just in a climate crisis. We will have a significant constitutional crisis and a crisis in our democracy if this doesn’t work.”