Federal and State Regulators Side with Polluters 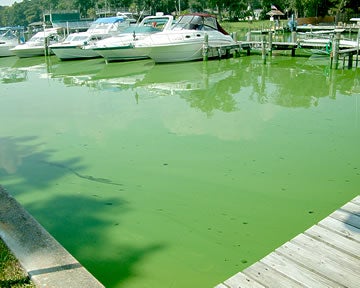 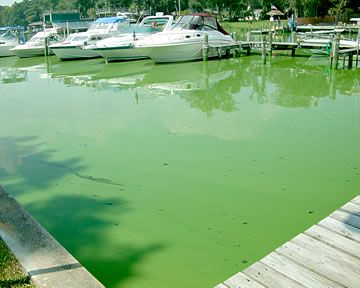 The EPA sent a letter to the Florida Department of Environmental Protection (DEP) announcing its preliminary approval of ineffective draft state regulations on sewage, manure and fertilizer pollution. This pollution has spawned outbreaks of toxic green slime all over the state, killing fish, closing drinking water plants and swimming areas, and causing illness in people exposed to the water and its fumes. See pictures of slimed Florida waterways—including massive recent outbreaks during the past six months.

“What we had here is a contest between the health and safety of Florida’s families on one side and the deep-pocket polluters on the other. Unfortunately, today the polluters and their expensive lobbyists won,” said Earthjustice attorney David Guest.

“Federal and state environmental regulators are abdicating their responsibility to protect the health of Floridians and our state’s tourism industry. People support clean drinking water and clean beaches, springs and rivers. Our environmental officials keep allowing corporations to use our public waters as their private sewers. Then we taxpayers end up shouldering the huge cleanup costs. It isn’t right,” Guest said.

“Rather than preventing toxic slime outbreaks, the DEP’s rule says, ‘Let’s wait until the slime appears before we do something.’ By then, it’s too late and the public is on the hook for costly cleanup—if pollution can even be cleaned up at all,” Guest said.

In its letter, the EPA indicates preliminary approval for the ineffective rule proposed by the Florida Department of Environmental Protection. The state’s Environmental Regulation Commission will hear a presentation on the DEP’s draft rule at a meeting in Tallahassee Nov. 3. If the ERC signs off on the draft rule, it goes before the Florida Legislature in the 2012 session. The EPA will then have the opportunity to approve or deny the state’s final rule.

Earthjustice filed suit to compel the EPA to set limits on sewage, manure and fertilizer pollution in 2008 in the Northern District of Florida on behalf of the Florida Wildlife Federation, the Sierra Club, the Conservancy of Southwest Florida, the Environmental Confederation of Southwest Florida and St. John’s Riverkeeper.