FDA Sued for Concealing Records on Arsenic in Poultry Feed 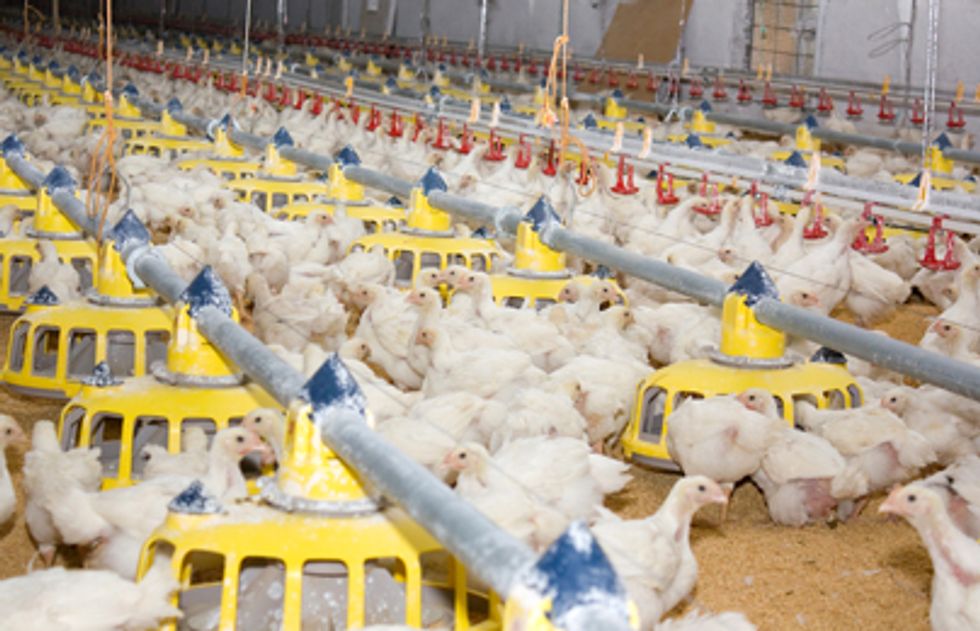 Today the consumer advocacy group Food & Water Watch announced that it sued the Food and Drug Administration (FDA), saying that the agency has unlawfully ignored a Freedom of Information Act (FOIA) request for records related to arsenic-based drugs—known as arsenicals—that are added to poultry feed.

The lawsuit follows on the heels of a new study led by scientists at the Johns Hopkins Center for a Livable Future (CLF), which found that feeding arsenicals to chickens likely increases consumers’ exposure to inorganic arsenic, a carcinogen.

Food & Water Watch alleges that the agency has not responded to a FOIA request that it and CLF submitted last year. The organizations are seeking correspondence between the agency and the drug company Pfizer concerning arsenicals.

“It is simply outrageous that the FDA has concealed information about these drugs from the public,” said Wenonah Hauter, executive director of Food & Water Watch. “We want to know more about why the agency has failed to withdraw arsenical approvals despite evidence of their danger.”

Beginning in 1944, the FDA approved more than 100 products that contain arsenicals for use in chickens, turkeys and pigs to increase weight gain and make the animals’ meat look pinker, among other purposes. Their use quickly became a standard practice in industrial chicken production, with the chicken industry estimating that 88 percent of U.S. chickens received an arsenical known as roxarsone in 2010.

In 2011, FDA scientists found that feeding roxarsone to chickens increased concentrations of inorganic arsenic in chicken livers. The agency simultaneously announced that Pfizer would voluntarily suspend sales of roxarsone in this country. The FDA did not take any further action publicly, however, and roxarsone and three other arsenicals remain approved for use. Pfizer may return roxarsone to the U.S. market at any time.

The FDA at first insisted that eating chicken produced with roxarsone did not pose a health risk; then the agency reversed course and claimed the risk was “very low.” When CLF asked the FDA whether it had quantified the health risk, the agency said that it had not.

The organizations submitted the FOIA request in August 2012 due to these inconsistent actions and statements. The agency never responded beyond acknowledging that they had received the request.

“We want to know what the FDA and Pfizer were telling each other privately to see if it matches what the agency told consumers,” Hauter said. “It is hard to imagine how the FDA persuaded Pfizer to suspend sale of such a lucrative product if the agency did not believe there could be a significant risk.”

The CLF study published May 11, 2013, in the peer-reviewed journal Environmental Health Perspectives found that breast meat from conventionally produced chickens, which by law may receive arsenicals in their feed, had three times more inorganic arsenic than did the breast meat of USDA Organic chickens, which by law may not receive arsenicals. The chicken was purchased between December 2010 and June 2011, before roxarsone sales were suspended.

“This study strongly suggests that using arsenicals in chickens increases the levels of a carcinogen found in chicken meat,” said Keeve Nachman, PhD, who directs the Farming for the Future program at CLF. “These findings highlight the need to know how the FDA is regulating these drugs and why the agency has refused to withdraw arsenical approvals.”

The FDA has 30 days to respond to the complaint.