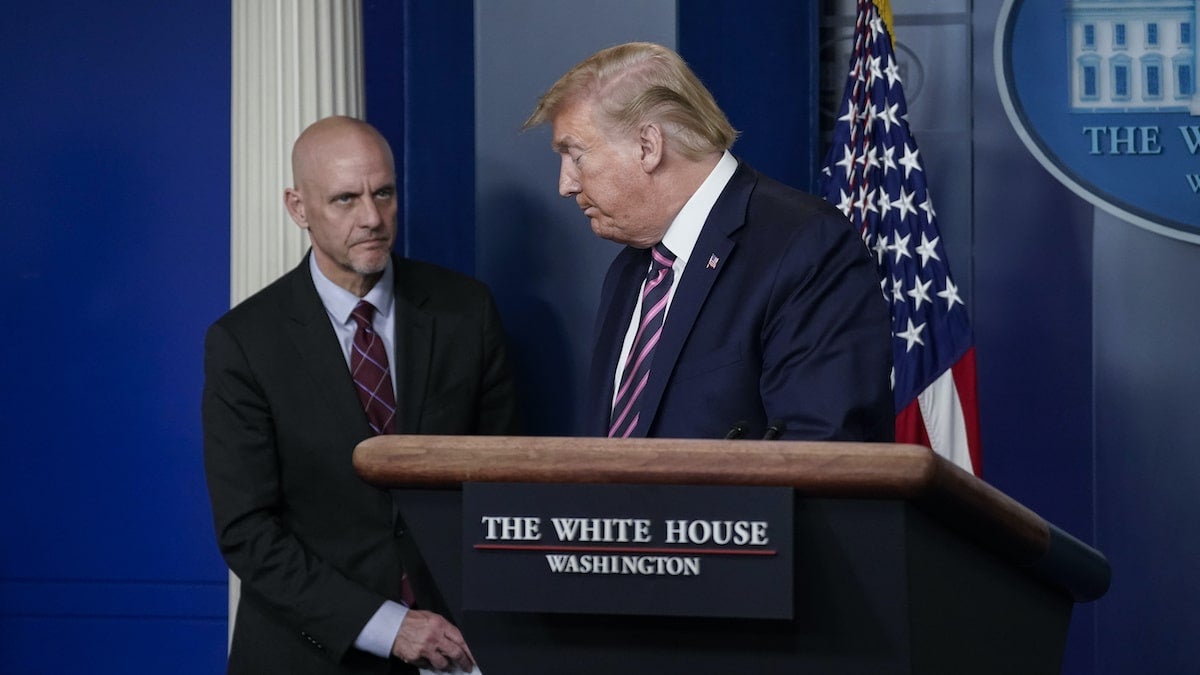 New guidelines produced by the Food and Drug Administration (FDA) to ensure the safety of a vaccine to protect against the novel coronavirus are being blocked by White House officials. The new guidelines would almost certainly guarantee that a vaccine would not be ready and approved by Election Day, according to The New York Times.

An administration official told Reuters that the approval process was pending and there was no connection to Election Day.

The thorniest issue seems to be that the FDA guidelines mandate that vaccine developers follow patients enrolled in their trials for a minimum of two months before seeking approval for the vaccine under an Emergency Use Authorization license, according to the AP.

The recommendation from the FDA about the follow-up period is designed to make sure the vaccine is safe. A senior administration official confirmed that the White House was blocking the guideline, arguing there was “no clinical or medical reason” to wait two months, as the AP reported.

Two weeks ago, when the FDA signaled that it would issue tougher standards to increase transparency and increase public trust in the safety and efficacy of a vaccine, Trump signaled he may not be open to the tougher standards, dismissing it as a political move, according to The Hill.

During the weeks that the FDA has tried to implement stricter guidelines to ensure safety and efficacy, FDA Administrator Stephen Hahn has vowed that any and all decisions about approving a potential vaccine would be made by career scientists, not politicians, according to the AP.

White House Chief of Staff Mark Meadows has blocked the guidelines from moving forward, arguing the two-month follow up of patients would alter the rules in the midst of clinical trials. He also suggested that Hahn was bowing to pressure from career scientists, according to The New York Times.

In the face of White House resistance, the FDA is looking for a workaround, which includes handing off the standards to an advisory committee that must meet publicly before an emergency authorization license is granted. The idea behind the maneuver would be to have the committee adhere to the guidelines, even when confronted by the Trump administration’s resistance to them, as The New York Times reported.

The administration’s move to block the guidelines is undermining the public’s trust that a vaccine is safe and effective. If one is released without public trust, that may make people resistant to receiving it, which would derail an immunization campaign.

“We cannot allow a lack of transparency to undermine confidence in the vaccine development process,” Michelle McMurry-Heath, the president and chief executive officer of the trade group BIO, wrote in a letter sent Thursday evening to Trump’s health secretary, Alex M. Azar II, as The New York Times reported. “The public must have full faith in the scientific process and the rigor of FDA’s regulatory oversight if we are to end the pandemic.”

Dr. Peter Marks, the head of FDA’s vaccine division, in an online interview last week with the nonprofit Friends of Cancer Research, said the guidelines are simply an effort to educate the public on what the FDA is requiring of the drug manufacturers, according to the AP. “The companies know what we’re expecting,” he said.

Of the companies working on a vaccine, only Pfizer has said it may have a vaccine’s safety and efficacy data complete before Election Day. Other vaccine candidates produced by Moderna, AstraZeneca, and Johnson and Johnson are under development under longer timelines, as the AP reported.

Additionally, FDA scientists have been discussing the contents of the guidelines publicly for weeks and have made clear that the recommendations have already been shared with each of the vaccine developers.