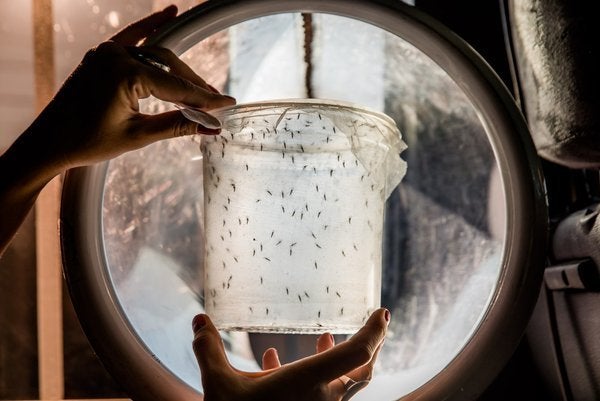 Amid news of a
Zika outbreak in the Miami area, the U.S. Food and Drug Administration’s Center for Veterinary Medicine (FDA-CVM) has cleared the experimental release of genetically modified (GMO) mosquitoes in the Florida Keys to help combat the virus.

The agency also concluded that the proposed field trial “will not have significant impacts on the environment”—on the food chain, for instance—after considering thousands of public comments.

The purpose of the investigational trial is to determine the efficacy of Oxitec’s GMO mosquitoes for the control of the local population of
Aedes aegypti in Key Haven, a small community about a mile east of Key West. County residents will vote this November on whether or not to allow the field tests to proceed.

The mosquitoes in question were created by
Oxitec, a UK-based biotech firm that specializes in insect control. Pending approval, Oxitec will release its “self-limiting OX513A Aedes aegypti,” a male GMO mosquito that does not bite or spread disease, to mate with wild female Aedes aegypti, the primary vector that carries the Zika virus. The lab insects carry a gene that’s fatal to offspring, meaning the local population will dwindle over time at the release site.

“We’ve been developing this approach for many years, and from these results we are convinced that our solution is both highly effective and has sound environmental credentials,” Oxitec’s CEO Hadyn Parry said. “We’re delighted with the announcement today [on Aug. 5] that the FDA, after their extensive review of our dossier and thousands of public comments for a trial in the Florida Keys, have published their final view that this will not have a significant impact on the environment. We are now looking forward to working with the community in the Florida Keys moving forward.”

Parry estimated to the Guardian that 20 to 100 mosquitoes per person will be released on the island.

Prior efficacy trials in Brazil, Panama and the Cayman Islands reduced the
Aedes aegypti population by more than 90 percent—”an exceptional level of control compared to conventional methods, such as insecticides,” Oxitec said.

As The Verge noted, Oxitec’s rate is much more successful compared to efforts by the Florida Keys Mosquito Control District. The program, which utilizes conventional control methods such as pesticides sprayed from trucks and planes and mosquito traps, reduced mosquito populations by 30 to 60 percent. 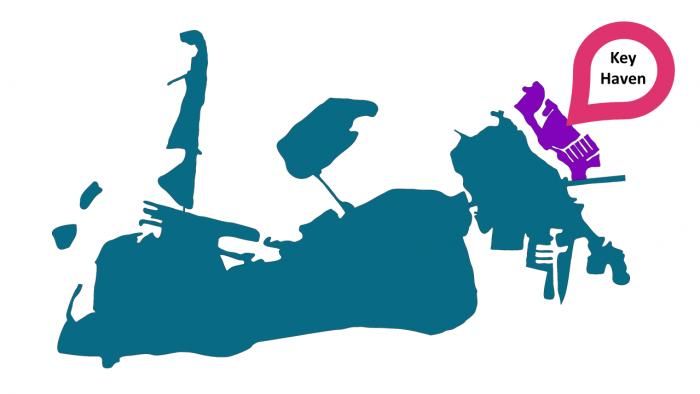 Oxitec’s trial in Florida will run for between six and 22 months.

The FDA also said that its decision to approve Oxitec’s Florida field trials does not mean the GMO mosquitoes are approved for commercial use.

The Zika virus has spread with alarming speed throughout South and Central America. The island of Puerto Rico has more than 8,000 confirmed cases of Zika with officials estimating that cases will skyrocket. The state of Florida now has 422 cases—more than any other state in the nation, as POLITICO pointed out.

The mosquito-borne Zika virus has been linked to microcephaly, a rare neurological condition which leads to abnormal brain development in babies. The
World Health Organization has declared the situation an international public health emergency.

Scientists have suspected that climate change is exacerbating the problem of longer mosquito-active seasons. As the Natural Resources Defense Council wrote:

A
new analysis by Climate Central highlights that the number of days hot and humid enough for mosquitoes to be active and biting has increased in many big U.S. cities—and climate change will further increase those numbers, in most locations. In their analysis, the ten cities with the biggest increase in the length of the mosquito season over the last 30 years were: Baltimore, Maryland; Durham, North Carolina; Minneapolis; Myrtle Beach, South Carolina; Raleigh, North Carolina; Portland, Maine; St. Louis; Pittsburgh; Worcester, Massachusetts ; and Albany, New York. These cities cover a huge swath of the eastern U.S. Nationwide, 76 percent of major cities have seen their mosquito season get longer over that time.

This adds a whole other dimension to the public health challenges of Zika: climate change could make more areas of the U.S. more susceptible to this and other mosquito-borne pathogens in the future. Increased heat, disrupted precipitation patterns and higher humidity can allow mosquitoes to thrive in new places, as the Natural Resources Defense Council (NRDC) reported in our
Fever Pitch report about dengue fever, another infectious viral disease that can be carried by the same two Aedes mosquito species. Warmer temperatures enable mosquitoes to develop more quickly and to incubate viruses that can infect people faster. Thus, climate change can hasten the spread of many infectious diseases, including Zika.

Besides Zika, the Aedes aegypti transmits other viruses such as dengue, yellow fever and chikungunya.

Some public health advocates have also pointed out that the long-term environmental effects of GMO mosquitoes are unknown.

“Releasing GMO mosquitoes into the environment without long term environmental impact studies is irresponsible and frightening,” Zen Honeycutt, director of the anti-GMO group Moms Across America,
said in reaction to the FDA’s decision. “What about the creatures who eat the mosquitoes and all the life forms up the food chain? The impact could be irreversible … Allowing uncontrollable genetically altered life forms into the wild is not justified.”