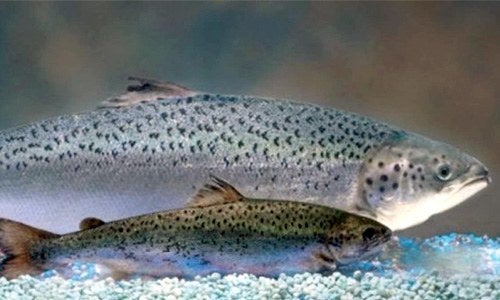 FDA’s decision also disregards AquaBounty’s disastrous environmental record, which greatly raises the stakes for an environmentally damaging escape of GMO salmon. In recent years, AquaBounty facilities outside the U.S. have dealt with an accidental disease outbreak, an accident that lead to “lost” salmon, and a $9,500 fine from Panamanian regulators who found the company in breach of that country’s environmental laws.

The FDA is supposed to protect public safety, yet the agency’s environmental review was done in the form of an environmental assessment instead of a more thorough environmental impact statement that would fully consider the threat this controversial new fish could pose to wild fish populations and ecosystems. Canadian researchers found that GMO salmon readily breed with a different species of fish, a potential risk that FDA never addressed in its risk assessment.

To add insult to injury, this product will be hitting store shelves without labeling, making it impossible for concerned consumers to distinguish GMO from non-GMO salmon. Not only does this ignore consumers’ fundamental right to know how our food is produced, it is simply bad for business, since many consumers will avoid purchasing any salmon for fear it is genetically engineered.

Food & Water Watch will be examining all options to stop this controversial and unnecessary GMO fish from reaching the marketplace. We urge President Obama to overturn FDA’s approval and stop GMO salmon from reaching consumers’ dinner plates.