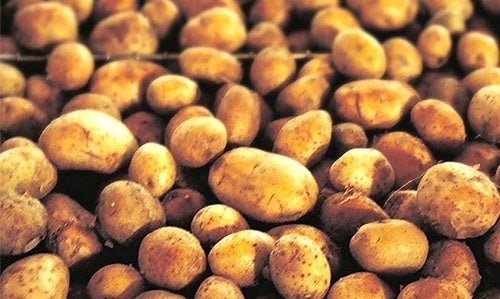 The new GMO potato cleared this week by the U.S. Food and Drug Administration (FDA) for sale in the U.S. is yet another in the long list of reasons why consumers deserve an on-package, federal mandatory labeling system, according to Just Label It.

The FDA’s decision means that the Idaho company responsible for the new GMO potato, J.R. Simplot, will be able to bring the product to market next year, assuming it gets final approval from the U.S. Environmental Protection Agency.

“The approval of the Simplot potato is yet another reason that consumers should have a right to know what’s in their food and how it was produced,” Gary Hirshberg, chairman of Stonyfield Farm and Just Label It, said. “With the previous approval of other GMO potatoes, the Arctic apple and AquAdvantage salmon—the first GMO animal approved for human consumption—GMO foods are no longer relegated to the processed food shelves.”

Polls consistently show that nearly 90 percent of Americans, regardless of demographics and political affiliation, favor mandatory GMO labeling. Consumers in 64 other countries already have the right to know.

“Consumers should be trusted with the information to decide what food is right for their families,” Hirshberg said. “Companies should be proud of their products and support clear GMO labeling, just as Campbell Soup Company has done in announcing that it favors a national mandatory labeling system and will begin labeling its own products nationwide.”

Listen below to NPR’s news report, GMO Potatoes Have Arrived. But Will Anyone Buy Them?, for more information on the GMO potato: