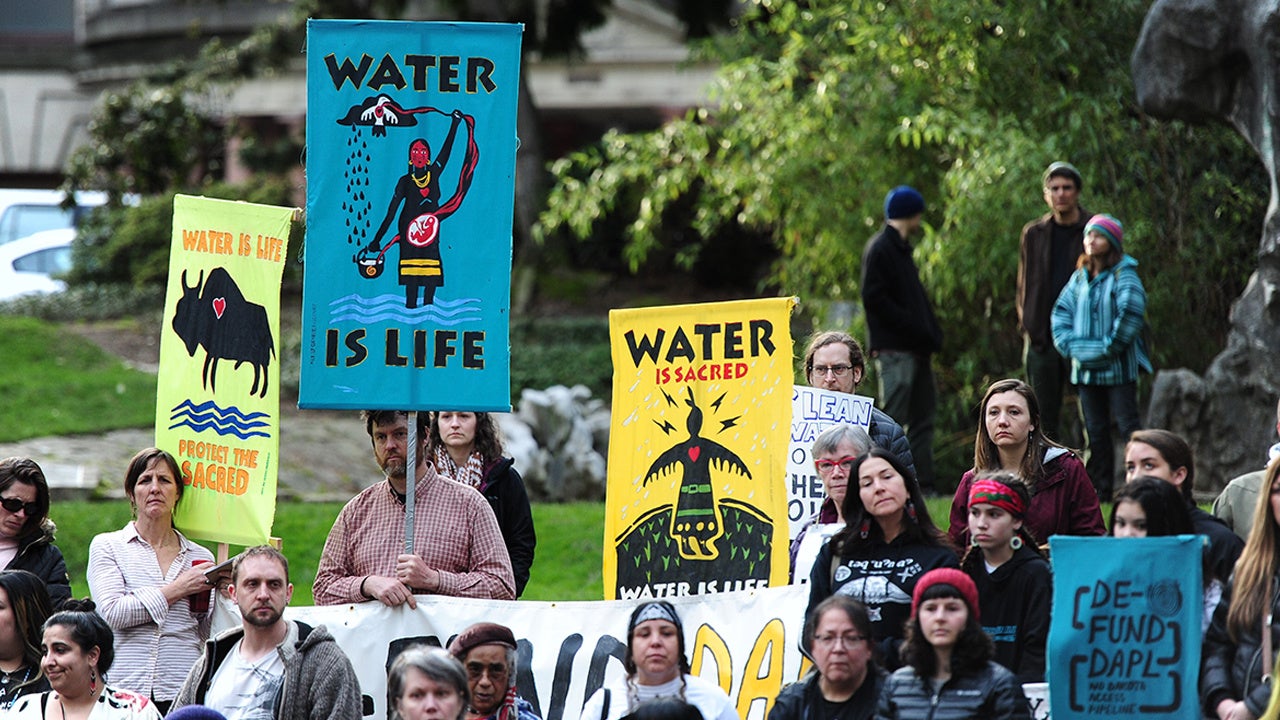 The FBI and several other law enforcement agencies have been keeping tabs on pipeline opponents in southwest Oregon, according to documents obtained by the Guardian.

Opponents of the natural gas pipeline project have been monitored for years and information about the activists has been shared between law enforcement agencies and even with non-government firms, including Off The Record Strategies — an anti-environmental public relations agency that helped craft a message against the Standing Rock activists opposing the Dakota Access Pipeline two years ago, according to the Guardian.

The Jordan Cove energy project in question aims to build the first-ever liquefied natural gas export station on the west coast. The project is owned by Canadian energy company Pembina and includes a 232-mile pipeline that would carry hydraulic fractured, or fracked, natural gas from Canada and the Rockies to the port of Coos Bay in Oregon, as the Guardian reported.

From there, the natural gas would be shopped to Asia.

The opponents of the billion project are various grassroots organizations; including property rights advocates, Native American tribes and climate crisis activists, as Oregon Public Broadcasting (OPB) reported. The activists say they are troubled that they are being tracked while exercising their first amendment right to assemble and petition peacefully. Despite their concerns, the Trump administration has insisted that the Jordan Cove pipeline is one of its top infrastructure priorities.

OPB reported that the Coos County Sheriff’s Office monitored activists and gave its findings to the South Western Oregon Joint Task Force, a group formed by the sheriff’s office to facilitate sharing information between several agencies.

The Guardian uncovered an email distribution list for the taskforce that included addressees in the FBI, the Bureau of Land Management, the Department of Justice, the National Forest Service, Oregon state police, and various Oregon municipal police and sheriffs departments. However, there are some recipients who do not have a government position, such as Mark Pfeifle, the CEO of the political consultancy Off The Record Strategies.

The emails circulated by the task force include activists’ social media posts, emails and rally announcements, according to the Guardian.

“These are the tactics that are currently being used to forcibly insert their narrative into the conversation,” Valencia wrote, as the Guardian reported. He added: “There has long been a call for a ‘Standing Rock’ action by the Klamath Tribe in Klamath county.”

Southern Oregon Rising Tide was disheartened to learn of the law enforcement actions.

“It’s unfortunately not a total surprise,” said Grace Warner of SORT to Oregon Public Broadcasting. She was aware of a precedent for monitoring of activist groups in the U.S. “We knew already that [the Coos County Sheriff’s Office] was receiving funding from the pipeline company.”

“The layer that is especially disturbing about this is how much effort that they are putting into communicating with each other and monitoring at that point in this campaign,” added Warner. “The fact that they feel it’s necessary to get on our Listservs and share our Facebook posts with each other, it’s really creepy and disturbing to us. And we also think it’s a waste of their time.”

The Oregon ACLU told OPB that the surveillance might violate Oregon’s laws that protect individuals from the type of monitoring the sheriff’s office has initiated.

“This isn’t just about local law enforcement acting all on their own, said Kimberly McCullough, Oregon’s ACLU policy director, to OPB. “They are acting in conjunction with, oftentimes, the FBI or with federal law enforcement agencies. And they follow very, very different rules than we do here in Oregon. I think activists have a real reason to be concerned.”