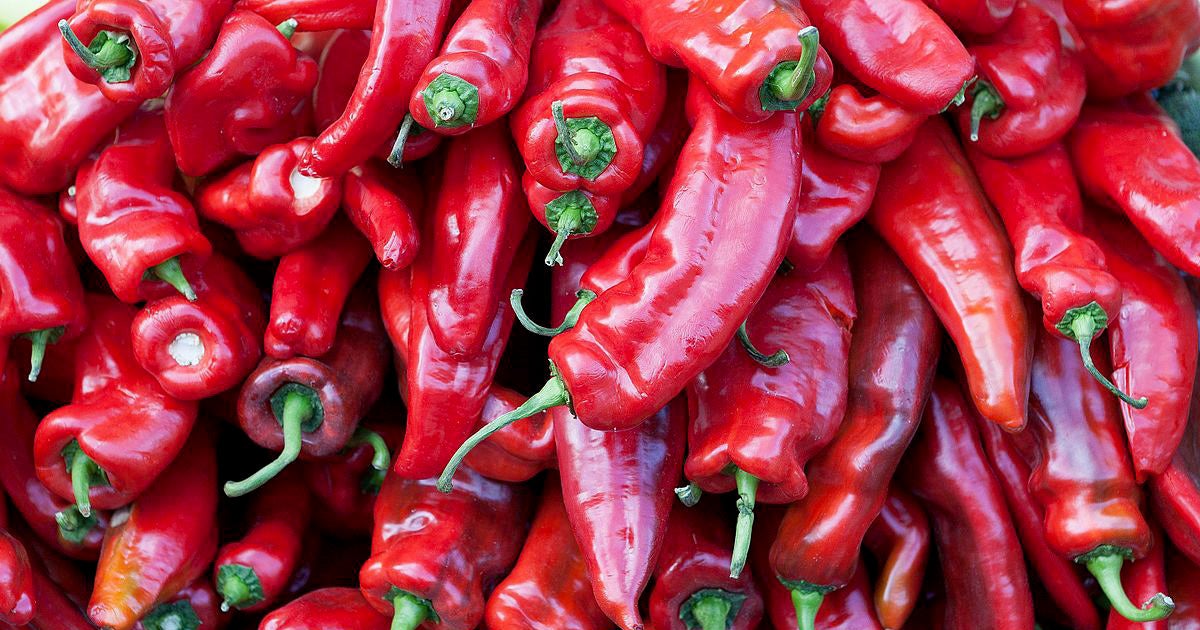 Boosting your metabolic rate can help you lose body fat. However, most “fat-burning” supplements on the market are either unsafe, ineffective or both.

Fortunately, several natural foods and beverages have been shown to increase your metabolism and promote fat loss.

Here are 12 healthy foods that help you burn fat:

Fatty fish is delicious and incredibly good for you.

In a six-week controlled study in 44 adults, those who took fish oil supplements lost an average of 1.1 pounds (0.5 kilograms) of fat and experienced a drop in cortisol, a stress hormone that’s associated with fat storage (4).

To boost fat loss and protect heart health, include a minimum of 3.5 ounces (100 grams) of fatty fish in your diet at least twice a week.

MCT oil is made by extracting MCTs from coconut or palm oil. It is available online and at natural grocery stores.

MCT stands for medium-chain triglycerides, which are a type of fat that’s metabolized differently than the long-chain fatty acids found in most foods.

Due to their shorter length, MCTs are rapidly absorbed by the body and go straight to the liver, where they can be used immediately for energy or converted into ketones for use as an alternative fuel source.

Medium-chain triglycerides have been shown to increase metabolic rate in several studies (6, 7).

One study in eight healthy men found adding 1–2 tablespoons (15–30 grams) of MCTs per day to the men’s usual diets increased their metabolic rate by 5% over a 24-hour period, meaning they burned an average of 120 extra calories per day (8).

In addition, MCTs may reduce hunger and promote better retention of muscle mass during weight loss (9, 10, 11).

Replacing some of the fat in your diet with 2 tablespoons of MCT oil per day may optimize fat burning.

However, it’s best to start with 1 teaspoon daily and gradually increase the dosage in order to minimize potential digestive side effects like cramping, nausea and diarrhea.

Coffee is one of the most popular beverages worldwide.

It’s a great source of caffeine, which can enhance mood and improve mental and physical performance (12).

Moreover, it can help you burn fat.

In a small study including nine people, those who took caffeine an hour before exercise burned nearly twice as much fat and were able to exercise 17% longer than the non-caffeine group (13).

Research has shown that caffeine increases metabolic rate by an impressive 3–13%, depending on the amount consumed and individual response (14, 15, 16, 17).

To get the fat-burning benefits of caffeine without the potential side effects, such as anxiousness or insomnia, aim for 100–400 mg per day. This is the amount found in about 1–4 cups of coffee, depending on its strength.

Summary: Coffee contains caffeine, which has been shown to improve mental and physical performance, in addition to boosting metabolism.

Eggs are a nutritional powerhouse.

Although egg yolks used to be avoided due to their high cholesterol content, whole eggs have actually been shown to help protect heart health in those at increased risk of disease (19, 20).

Studies have shown that egg-based breakfasts reduce hunger and promote feelings of fullness for several hours in overweight and obese individuals (21, 22).

In a controlled eight-week study in 21 men, those who ate three eggs for breakfast consumed 400 fewer calories per day and had a 16% greater reduction in body fat, compared to the group who ate a bagel breakfast (23).

Eggs are also a great source of high-quality protein, which increases metabolic rate by about 20–35% for several hours after eating, based on several studies (5).

In fact, one of the reasons eggs are so filling may be due to the boost in calorie burning that occurs during protein digestion (24).

Eating three eggs several times a week can help you burn fat while keeping you full and satisfied.

Adding coconut oil to your diet appears to increase “good” HDL cholesterol and decrease your triglycerides, in addition to helping you lose weight (25, 26).

In one study, obese men who added 2 tablespoons of coconut oil per day to their usual diet lost an average of 1 inch (2.5 cm) from their waist without making any other diet changes or increasing their physical activity (27).

The fats in coconut oil are mostly MCTs, which have been credited with appetite-suppressing and fat-burning properties (28, 29).

However, some studies suggest that its metabolism-boosting effects may decrease over time (7, 30).

Unlike most oils, coconut oil remains stable at high temperatures, making it ideal for high-heat cooking.

Consuming up to 2 tablespoons of coconut oil daily may help maximize fat burning. Make sure to start with a teaspoon or so and gradually increase the amount to avoid any digestive discomfort.

Green tea is an excellent beverage choice for good health.

Studies suggest that it may help reduce heart disease risk and protect against certain types of cancer (31, 32).

In addition to providing a moderate amount of caffeine, green tea is an excellent source of epigallocatechin gallate (EGCG), an antioxidant that promotes fat burning and the loss of belly fat (33, 34, 35, 36).

In a study of 12 healthy men, fat burning during bicycling increased by 17% in those who took green tea extract, compared to those who took a placebo (37).

On the other hand, some studies have found that green tea or green tea extract has little to no effect on metabolism or weight loss (38, 39).

Given the difference in study outcomes, green tea’s effects likely vary from person to person and may also depend on the amount consumed.

Drinking up to four cups of green tea daily may provide a number of health benefits, including potentially increasing the amount of calories you burn.

Summary: Green tea contains caffeine and EGCG, both of which may boost metabolism, promote weight loss, protect heart health and reduce the risk of cancer.

It’s been shown to promote muscle growth when combined with exercise and may help preserve muscle during weight loss (40, 41).

In addition, whey protein seems to be even more effective at suppressing appetite than other protein sources.

This is because it stimulates the release of “fullness hormones,” such as PYY and GLP-1, to a greater extent (42, 43).

One study had 22 men consume different protein drinks on four separate days. They experienced significantly lower hunger levels and ate fewer calories at the next meal after drinking the whey protein drink, compared to the other protein drinks (44).

Moreover, whey appears to boost fat burning and promote weight loss in lean people and those who are overweight or obese (45).

In one study of 23 healthy adults, a whey protein meal was found to increase metabolic rate and fat burning more than casein or soy protein meals (46).

A whey protein shake is a quick meal or snack option that promotes fat loss and may help improve your body composition.

It’s been credited with reducing appetite and lowering blood sugar and insulin levels in people with diabetes (47, 48).

Although there isn’t much research on vinegar’s effect on fat loss in humans, the results from one study are pretty encouraging.

Including apple cider vinegar in your diet may help you lose body fat. Start with 1 teaspoon per day diluted in water and gradually work up to 1–2 tablespoons per day to minimize potential digestive discomfort.

Chili peppers do more than add heat to your food.

Their powerful antioxidants may reduce inflammation and help protect your cells from damage (53).

In addition, research suggests that one antioxidant in chili peppers called capsaicin may help you achieve and maintain a healthy weight.

It does this by promoting fullness and preventing overeating (54).

In a study of 19 healthy adults, when calorie intake was restricted by 20%, capsaicin was found to counteract the slowdown in metabolic rate that typically occurs with decreased calorie intake (57).

One large review of 20 studies concluded that taking capsaicin helps reduce appetite and can increase the number of calories you burn by about 50 calories per day (58).

Oolong tea is one of the healthiest beverages you can drink.

Although it receives less press than green tea, it has many of the same health benefits, thanks to its content of caffeine and catechins.

A review of several studies found that the combination of catechins and caffeine in tea increased calorie burning by an impressive 102 calories per day, on average (59).

Drinking a few cups of green tea, oolong tea or a combination of the two on a regular basis may promote fat loss and provide other beneficial health effects.

Summary: Oolong tea contains caffeine and catechins, both of which have been found to increase metabolic rate and promote fat loss.

First, it’s an excellent source of protein, potassium and calcium.

Also, yogurt that contains probiotics can help keep your gut healthy and may reduce symptoms of irritable bowel syndrome, such as constipation and bloating (65).

Full-fat Greek yogurt also contains conjugated linoleic acid, which seems to promote weight loss and fat burning in overweight and obese people, according to research that includes a large review of 18 studies (66, 67, 68, 69).

Eating Greek yogurt on a regular basis may provide a number of health benefits. But make sure to choose plain, full-fat Greek yogurt, as non-fat and low-fat dairy products contain little to no conjugated linoleic acid.

Olive oil is one of the healthiest fats on earth.

Olive oil has been shown to lower triglycerides, increase HDL cholesterol and stimulate the release of GLP-1, one of the hormones that helps keep you full (70).

In a small study in 12 postmenopausal women with abdominal obesity, eating extra virgin olive oil as part of a meal significantly increased the number of calories the women burned for several hours (71).

To incorporate olive oil into your daily diet, drizzle a couple of tablespoons on your salad or add it to cooked food.

Despite what certain supplement manufacturers may suggest, there isn’t a safe “magic pill” that can help you burn hundreds of extra calories per day.

However, a number of foods and beverages may modestly increase your metabolic rate, in addition to providing other health benefits.

Including several of them in your daily diet may have effects that ultimately lead to fat loss and better overall health.