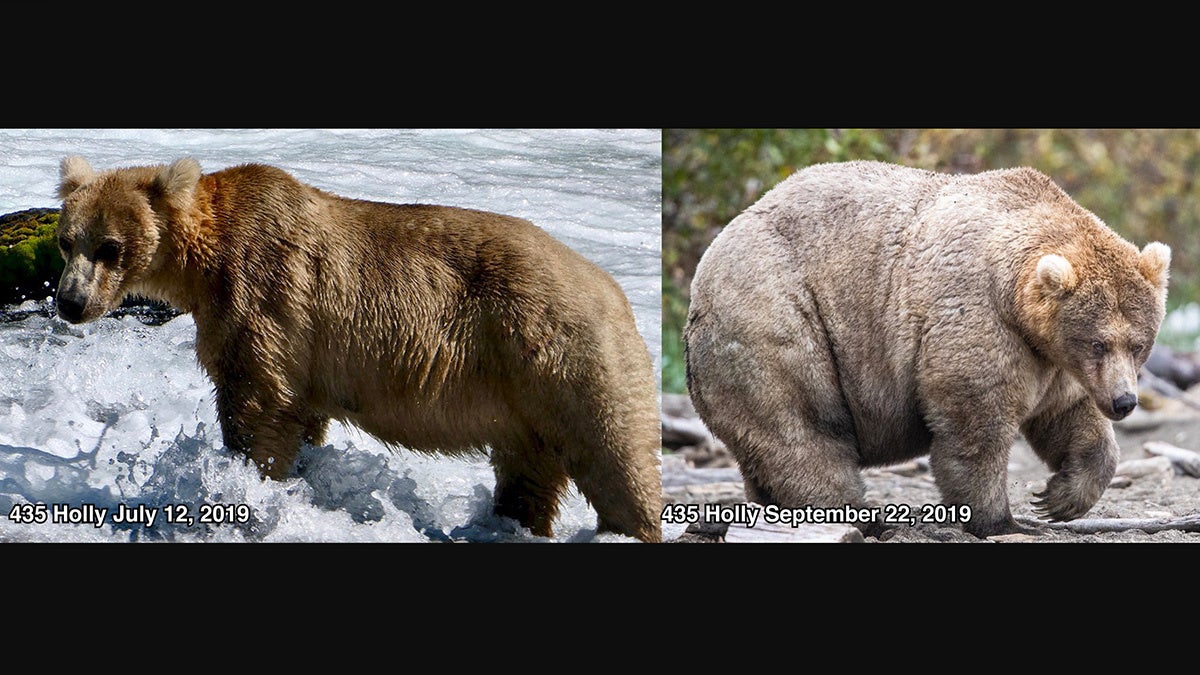 Every fall for the past five years, Katmai National Park and Preserve in Alaska has celebrated Fat Bear Week: a chance, as NPR explained, for people around the world to vote March-Madness style on which coastal brown bear has gotten the chonkiest while gorging themselves in preparation for winter hibernation.

This year’s event was the biggest yet, with fans casting a record 187,000 votes, more than three times the number cast last year. And the winner of this massive contest is … No. 435, or Holly, who decimated the competition by nearly 14,000 votes.

“All hail Holly whose healthy heft will help her hibernate until the spring,” the national park wrote when it announced the winner Tuesday. “Long live the Queen of Corpulence!”

Holly was beloved even before she took home this year’s heavyweight title, Reuters reported. She is a regular on the park’s “bear cam” and earned the nickname “Supermom” for adopting a yearling cub, an extremely unusual act for a brown bear.

This year, however, she had no cubs to care for, and so could focus entirely on fattening up. She spent so much time fishing for salmon that it was hard to get a picture of her out of the water, rangers said.

While Fat Bear Week is fun, it’s also deadly serious. Bears can lose up to a third of their body mass during their up to six months of hibernation, the park explained. If they don’t have enough fat stored to see them through, they can die, Boak told NPR.

The 12 bears that made up the Fat Bear Week competition are lucky enough to feed along Alaska’s Brooks River, which has one of the highest concentrations of sockeye salmon in the world.

“Not all bears have this same kind of access to these salmon resources,” Katmai Conservancy media ranger Brooklyn White told NPR, “and to an ecosystem that has such clean water.”

This was especially true this year, as The Verge pointed out, since a record-hot July in Alaska stressed the salmon, some of whom were found dead before they could get far enough upstream to spawn.

200 miles of river. Dead chum consistently along entire stretch. None had spawned. 850 counted, many more missed. Likely ruled out mining, disease/parasites. All signs point to heat stress. Sad to see. Hoping this is not the new normal. #climatechange #salmon #yukonriver #alaska pic.twitter.com/zAHWSgy3pg

In Canada’s British Columbia, meanwhile, a wildlife photographer snapped a picture of emaciated bears this fall struggling to find food amidst one of the area’s lowest-ever salmon runs.

While the Katmai bears are lucky in comparison, the climate crisis has still affected them. That’s because the salmon were delayed this fall due to drought, which meant that bears and fish didn’t arrive along the Brooks River until mid-September, two weeks later than normal, Boak told NPR.

“I’ve been out there before, when a [salmon] run was delayed by a week, and the bears start getting anxious,” Joy Erlenbach, a Ph.D. candidate at Washington State University’s Bear Center, told The Verge. “It’s scary for the bears because they don’t know what’s happening. They just know the food they expect isn’t there, and it can affect their behavior.”

And the impacts of this year’s hot weather could linger. It is still too soon to tell if the pre-spawning death of salmon this year will lead to fewer fish for the bears to gorge on during Fat Bear Weeks to come.

But it is possible the bears will be able to adapt to the climate crisis. That’s because they are omnivores, The Verge explained. This year at Katmai, for example, cranberries were a popular snack.