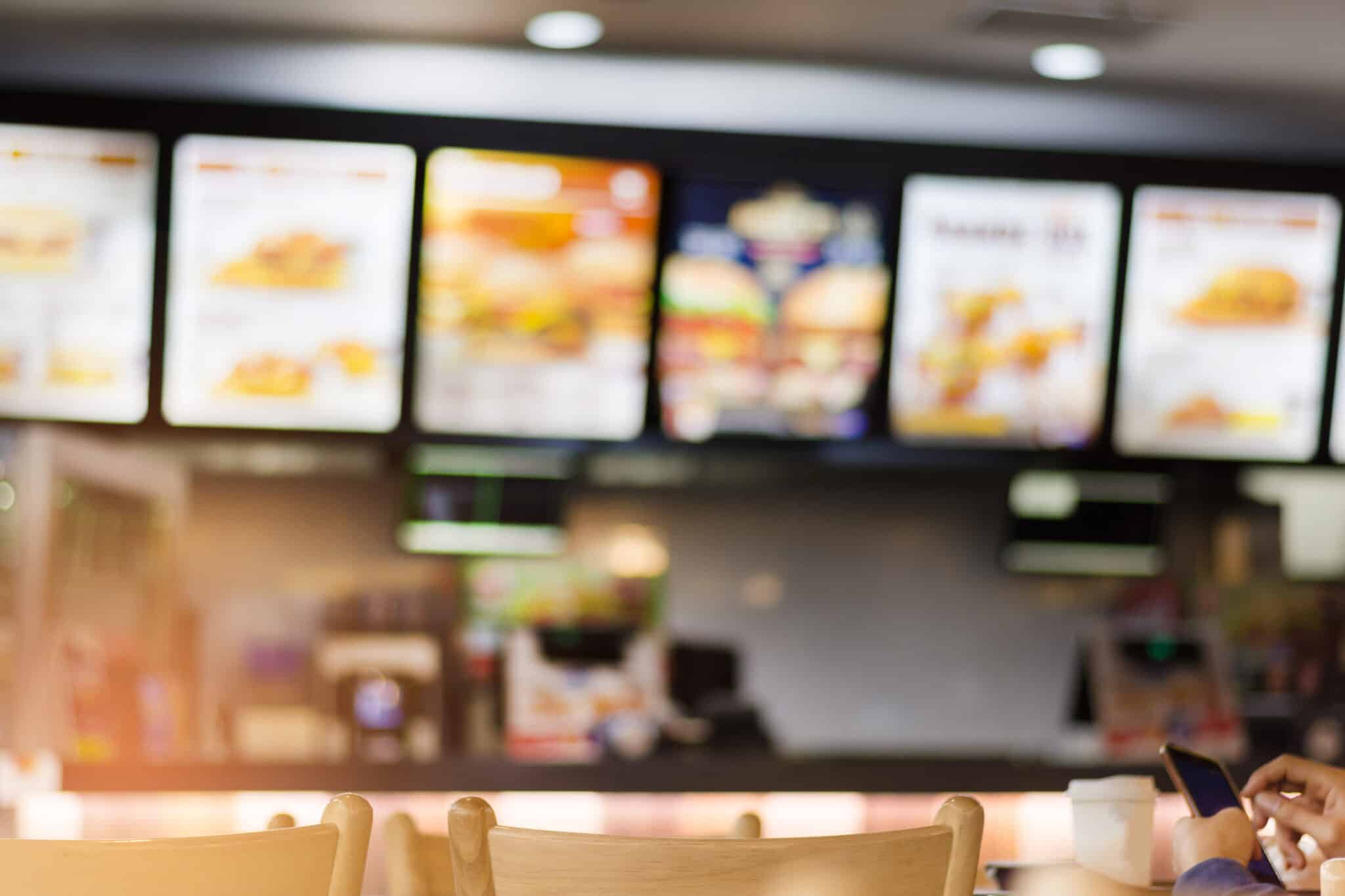 Gearing up for a summer road trip? Whether you’re vegan, vegetarian, or minimizing factory-farmed meat and dairy in your diet, eating on the road can be tough. Ask a plant-based friend and they’ll tell you the struggle of ordering at the drive-through window; they’ve probably eaten more meals of French fries and hamburger buns topped with cheese and lettuce than they’d care to remember. Where can you grab a quick bite without sacrificing your veganism, or resorting to a plain burger bun and a fountain soda?

Of all the fast-food joints out there, a few stand out for their wealth of veggie options, and can always be depended on for a plant-based meal. Chipotle bowls and burritos can be filled with rice, beans, and veggies for a filling meal. To add protein, try their Sofritas (shredded tofu cooked with chipotle peppers and other spices). The franchise once sold vegan chorizo for a limited time at a few locations, but this menu item has since been eliminated (but, maybe we can hope for its eventual return). Moe’s Southwest Grill has similar ingredients, including tofu as a protein option.

Taco Bell is another vegan standout, where meat can be replaced with black beans in pretty much every dish. When ordering online, the menu marks vegetarian items certified by the American Vegetarian Association with a green V. Try the veggie burrito, beans and rice, or potatoes, and ask to replace any dairy toppings with pico de gallo for a more satisfying meal. For Californians or others lucky enough to have a Del Taco nearby, enjoy their burritos with beans instead of meat, or try the Beyond Guacamole Taco made with Beyond meat.

Luckily, more and more fast-food franchises have been adding plant-based items to their menus after growing pressure from consumers. Here are a few more places that you can rely on for a vegan or vegetarian meal on the go.

*It’s important to note that many – if not most – fast food restaurants will fry all of their items in the same fryers, using the same oil. That means any plant-based items on the menu likely face cross-contamination. If this is a concern for you, ask the restaurant about their practices when you place an order.

McDonald’s is definitely more limited in its vegan options, at least in the US (although other countries have all kinds of plant-based options), and you don’t want to get stuck eating apple slices for your meal. The biggest blow to vegetarianism at this popular franchise might be their French fries, which are fried in beef fat and contain “natural beef flavor.” To make up for it, order an apple pie, which, shockingly, contains no dairy. A salad without dressing or cheese can do for dinner in a pinch. At breakfast time, order the Fruit & Maple oatmeal (made with water rather than cream), or vegetarians can grab a yogurt parfait, egg McMuffin, and pancakes. If you’re in Texas or California, head to one of the few McDonald’s locations offering the McPlant: a vegan Beyond Meat burger.

Unlike McDonald’s, Burger King French fries are vegan (thank goodness). Enjoy them alongside an Impossible Whopper – which is vegan when ordered without cheese or mayo – and a salad without cheese or dairy-based dressing. Breakfast is a bit easier, with vegan French toast sticks, hash browns, oatmeal (made with water), or an egg and cheese sandwich for vegetarians.

As far as vegetarian options go, Subway is solid. The subway Veggie Patty is made with brown rice, oats, and veggies, but it does contains eggs and milk, making it unsuitable for vegans. But, the chain restaurant does offer vegan Black Bean or Mediterranean Vegetable soup. Otherwise, load up on veggies and vegan condiments like the BBQ, buffalo, and sweet onion sauces on vegan bread (either ciabatta, Harvest, Hearty Italian, Roasted Garlic, and Sourdough, and the tomato basil and spinach wraps).

Unlike many fast food restaurants, KFC doesn’t explain plant-based options on their website, so we rely on third party sources to determine whether their dishes are vegan or vegetarian.

Vegans rejoiced in 2022 when the fast food chain released Beyond Fried Chicken for test runs, but this option is no longer available (and, according to their website, the product was “NOT vegetarian, vegan, or Certified Vegan” anyway, as it was fried in same oil and fryers as meat products). So, at KFC, settle in for a meal of sides. Their corn on the cob, fries, house salad (without croutons), and apple turnovers are vegan, and vegetarians can enjoy more menu items, including their biscuits, cornbread muffins, macaroni salad, and potato salad.

However, there is some uncertainty about other seemingly plant-based sides: the green beans, baked beans, greens, mac and cheese, and red beans and rice are thought to contain meat flavoring or other meat products; so, unfortunately, they’re off the table if you want to be completely certain. The mashed potatoes also contain chicken broth.

While UK Wendy’s locations offer The Veggie Stack – a vegan burger with or without cheese – US options are more limited. Vegan options are all potato-based: the baked potato (without dairy toppings), French fries, and Homestyle Potatoes. However, they do have a few solid salad options for both vegans and vegetarians, including the Garden Salad (without the cheese or croutons, which contain butter), the Southwest Avocado Salad without the meat and cheese, and the Apple Pecan Salad without the chicken, blue cheese, or pecans (prepared with honey) for vegans. Vegetarians can also order a breakfast sandwich sans bacon or sausage.

Vegetarians have it pretty good at Shake Shack with the grilled cheese sandwich and ‘Shroom burger: a Portobello mushroom filled with cheese and crisp-fried. Since 2018, some locations also offer the Veggie Shack: a vegan patty made with grains, greens, and herbs, topped with avocado and other deliciousness, including their vegan lemon aioli. If they don’t have the Veggie Shack, well, it might be another meal of fries and soda. At least they have good lemonade.

While their plant-based Creole Red Bean Sandwich in only available in the UK, there are other options for vegans and vegetarians at this chicken-centered takeout spot. Vegans are safe with the Cajun fries and vegetarians can try the biscuits, mashed potatoes (without gravy), and mac and cheese, although Popeyes has released no information officially declaring these items meat-free. Avoid the red beans and rice, Cajun rice, and green beans, which are all cooked with meat.

While Sonic’s onion rings unfortunately aren’t dairy-free, vegans can enjoy their tater tots and French fries with one of the many available sauces. Their soft pretzel is also prepared with butter, but ask if they can do it without. A grilled cheese sandwich or a side of Mozzarella sticks, cheese fries, and the Ched ‘R’ Peppers can round out a vegetarian meal. Don’t forget to wash it all down with a slushy too.

Vegetarians have plenty of options at Dunkin, even after the Beyond Sausage breakfast sandwich was discontinued. Try any of their donuts, egg and cheese sandwiches, bagels, muffins, and other breakfast pastries.

Vegans have a few options too. Dunkin lists several bagels (Cinnamon Raisin, Plain, Everything, and Sesame), English muffins, hash browns, oatmeal, and avocado toast as vegan options on their website. Enjoy your breakfast alongside a beverage made with almond milk, oat milk, or coconut milk.

For a burger-heavy spot, White Castle has great vegan options. They offer two plant-based, vegan patties: the Impossible Slider (available with or without cheese), and the Veggie Slider made by Dr. Praeger’s, topped with one of their many sauces on a vegan bun. Both the French fries and the onion rings are vegan, and vegetarians can also dig into their mozzarella sticks and Cheese Curd Nibblers.

This Company Has Developed Vegan Oysters — With Biodegradable 'Shells' to Come
A round of oysters, anyone?
By Paige Bennett
3D-Printed Vegan Salmon Fillets Expected to Reach U.S. Stores in 2023
Revo Foods, a plant-based food tech startup, is ready to
By Paige Bennett
The Future of Leather: How Pineapple Leaves, Cacti, and Mycelium Are Revolutionizing the Industry
Leather is everywhere – in our shoes, our purses and
By Linnea Harris