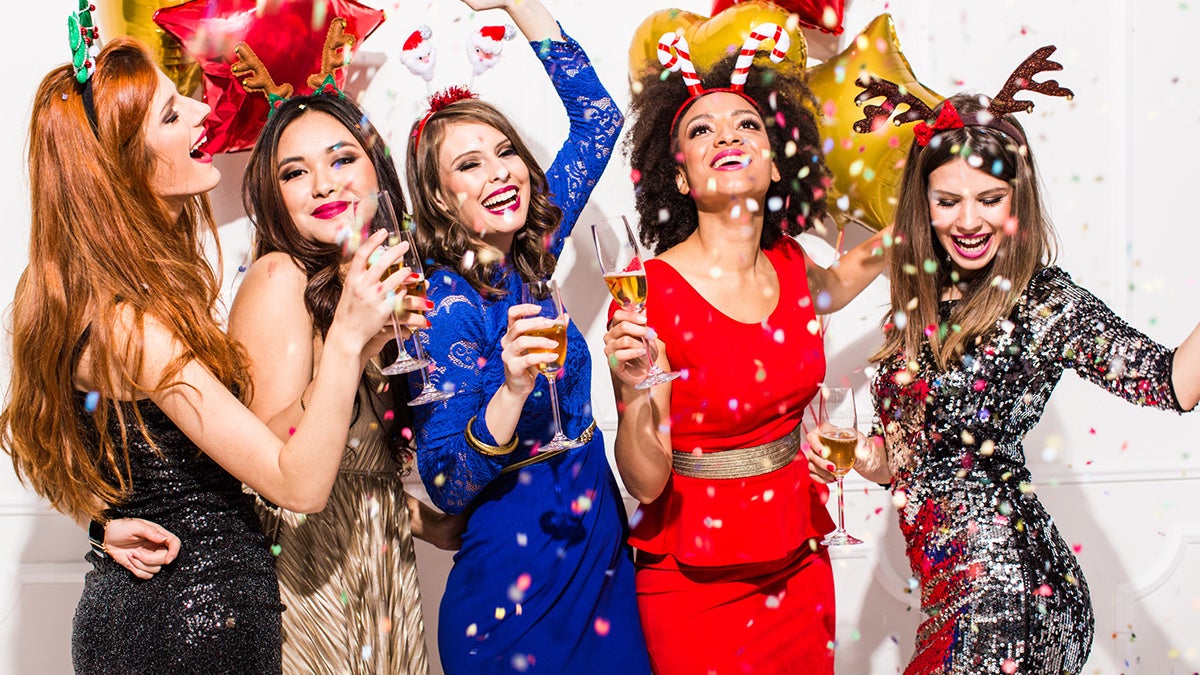 It turns out there are environmental consequences to donning gay apparel this holiday season.

The UK charity Hubbub conducted a survey of 3,006 adults and found that, while Britons will spend £2.4 billion (approximately .17 billion) on outfits for holiday parties this year, one in five of them will only wear the outfit once, Harper’s Bazaar reported Monday. And, according to The Independent, most of the outfits won’t be worn more than three times.

The clothing itself also poses environmental risks. The charity further looked at 169 party dresses from 17 online and brick-and-mortar shops and found that 94 percent of them were made entirely or mostly from plastic. Yet only 24 percent of the adults surveyed knew that sparkly party dresses were plastic-based, according to Harper’s Bazaar.

But that doesn’t mean you can’t deck yourself out for the festive season, Hubbub project coordinator Sarah Divall told The Guardian.

“Vintage and pre-loved clothing has never been so on trend and it’s only going to get bigger as people realise the massive environmental impact of the fashion industry,” she said. “Going green doesn’t mean you can’t dress up. There are so many eco-friendly options out there now, including clothes swaps, renting, pre-loved and charity stores, so you can look good and save money without damaging the planet.”

Indeed, the survey found that younger people are already starting to follow this advice: 36 percent of 16-to-24-year-olds choose to exchange outfits with friends and 30 percent buy from charity shops.

The problem also extends to so-called ugly sweaters. In an earlier report, Hubbub found that two out of five Christmas sweaters are only worn once.

12 million #christmas jumpers will be bought this year by Brits 🎄. And a whopping 2 in 5 of these will only be worn once. Skip the queues, save your money and help the planet by swapping with a friend or making a DIY costume yourself here 👀👉 https://t.co/z48XNL5NR0 pic.twitter.com/vOeC3fXAnV

The reports are part of Hubbub’s attempt to raise awareness about fast fashion.

“The main aim of fast fashion is to make and sell many clothes as quickly and cheaply as possible. Brands who sell fast fashion items encourage shoppers to be frequent buyers by dropping new lines almost weekly at low prices, making shoppers feel the pressure to buy more,” the charity explained.

This has major environmental costs:

This isn’t just a problem in the UK. Author Adam Minter wrote a book called Secondhand about what happens to donated items. His research gave him insights into the environmental costs of consumerism.

“The one thing we do know is that the biggest impact of most products is the manufacturing side,” he told NPR in an interview this month. “So if you want to reduce the environmental impact of your consumption, the best way to do that is to not manufacture more stuff. In that sense, the best thing you can do is not buy more stuff.”