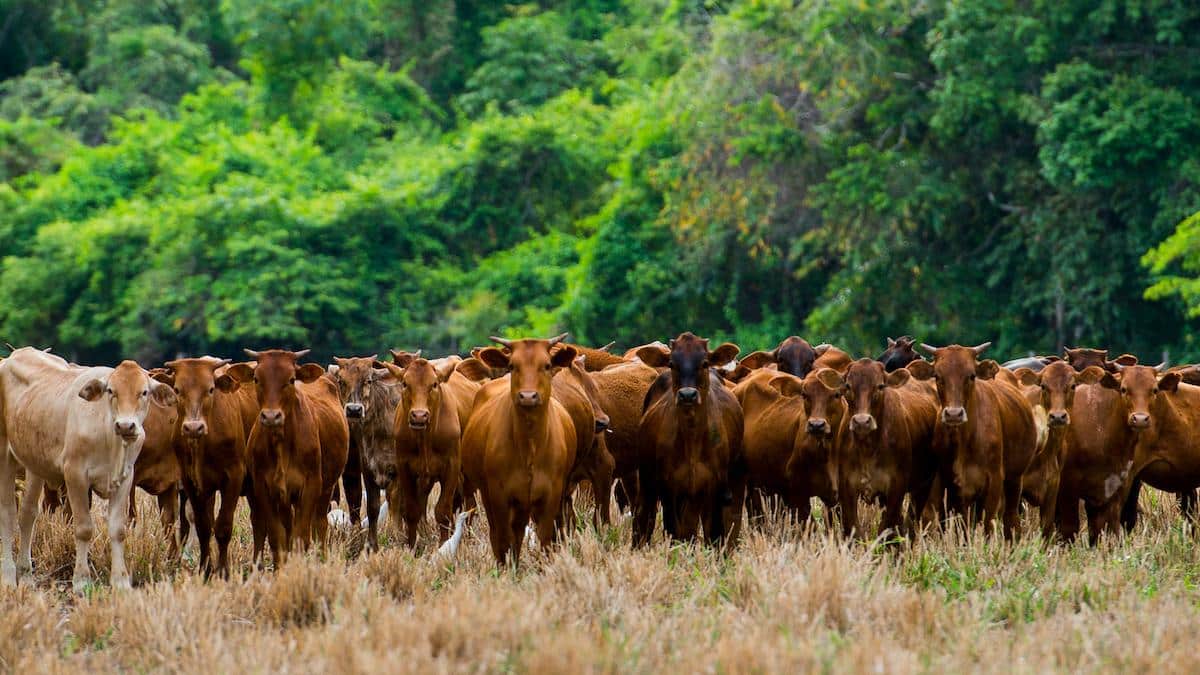 The Brazilian cattle industry is the leading cause of Amazon deforestation. Lucas Ninno / Getty Images

Some of your favorite fashion brands may be putting the Amazon rainforest at risk.

A new report released by Stand.earth Monday says that major clothing companies are sourcing their leather from manufacturers and tanneries that have links to Amazon deforestation.

“If you’re wearing leather shoes, a leather belt or carrying a leather handbag, it’s highly likely that it was made from cowhide that contributed to the destruction of the Amazon rainforest,” Slow Factory wrote in a statement about the report.

The raising of cattle for beef and leather is the leading cause of deforestation in the Amazon rainforest. The new report found that more than 100 fashion brands and companies including Coach, Prada, H&M, Zara, Adidas, Nike, New Balance, Teva, UGG, and Fendi have potential links to this deforestation, The Guardian reported.

The brands in question aren’t directly intending to use leather tied to deforestation. In fact, a significant amount of them have announced policies to get deforestation out of their supply chains. Despite this, the report found that they are working with tanneries and manufacturers that in turn have links to cows raised on recently-cleared rainforest land. The findings therefore put corporate commitments in doubt.

“With a third of companies surveyed having some kind of policy in place, [you’d expect] that would have an impact on deforestation,” report researcher Greg Higgs told The Guardian. “The rate of deforestation is increasing, so the policies have no material effect.”

The findings were based on 500,000 rows of customs data. The report didn’t directly tie each brand to a dubious source, but instead revealed links that raised the likelihood that a particular leather item came from Amazon cows. It did find that more than 50 companies had more than one supply chain link to JBS, the largest Brazilian leather exporter that has been known to participate in deforestation.

JBS has pledged to have a zero-deforestation supply chain by 2035, but activists say this is not enough.

The finding comes at a critical moment for the Amazon rainforest. Brazil’s space agency recently reported that the forest was facing its highest deforestation levels in 15 years, encouraged by the extractive policies of right-wing President Jair Bolsonaro. This is a problem for the Indigenous communities and unique biodiversity that rely on the forest, as well as the global climate. A 2020 study found that the rainforest now emits one billion more tons of carbon dioxide than it absorbs.

Slow Factory is therefore calling on the fashion industry to:

Report researcher Angeline Robertson told The Guardian that the fashion industry would help its own image by taking action.

“In this time of climate emergency, if the fashion industry wants to be relevant, this is the opportunity,” she said.