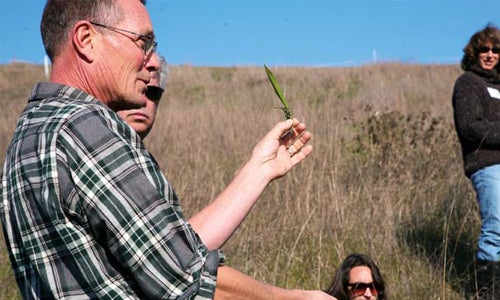 Soils naturally absorb and sequester carbon dioxide and following organic practices, such as adding compost and bringing back herds of grazing animals, can make a huge difference in how much carbon dioxide soils can retain.

In 2007, a California rancher, John Wick and his partners at the Marin Carbon Project convinced researchers at the University of California, Berkeley that restoring grassland soils could serve as a major source of carbon sequestration. Using his land for the experiments, the researchers found that every year, Wick’s soils held more and more carbon. 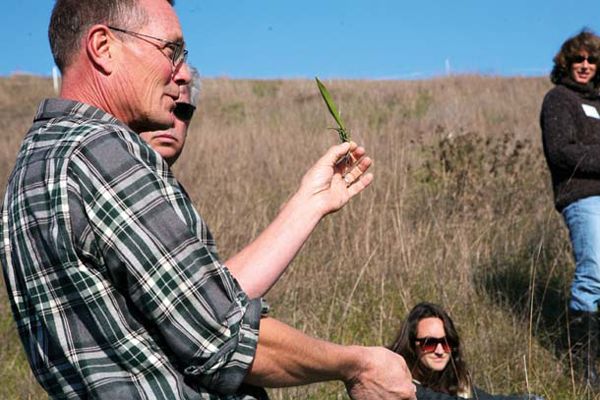 After years of study, they found that “compost applied to five percent of the state’s grazing land would store a year’s worth of emissions from conventional farms and forestry operations there.”

Calling these regenerative practices “carbon farming,” the state of California is rewarding farmers and ranchers for how much carbon they have in their soil. Farmers receive tradable greenhouse gas emission reduction credits, which they can sell on California’s Greenhouse Gas Reduction Exchange. The program allows farmers to benefit from the state’s cap-and-trade program.

Now, the program is going nationwide. Through a grant from the U.S. Department of Agriculture (USDA), Ducks Unlimited, a conservation nonprofit, has developed a way to measure and reward farmers for carbon sequestration.

“Under the program, ranchers voluntarily set aside grassland in a permanent conservation easement that allows them to grow hay and graze animals, but forbids tilling or conversion to other uses,” according to Sustainable Business. The more carbon they sequester, the more credits they earn. Once the carbon in the soil is measured and formally registered, organizations or companies can buy the credits.

Australia already has a nationwide system for carbon credits from farming and forestry. By planting trees, reducing fertilizer use and methane emissions from livestock, Australian farmers receive carbon credits to sell into the nation’s carbon trading system.

The World Bank has also started a carbon trading program for small-scale farmers in Kenya. Through the World Bank’s BioCarbon Fund 60,000 Kenyan farmers receive carbon credits by improving the organic matter in the soil.

All of these programs are voluntary, and thus, limited for now. But Tom Vilsack, USDA Secretary, explains their importance: “Ranchers benefit from new revenue streams, while thriving grasslands provide nesting habitat for wildlife, are more resilient to extreme weather, and help mitigate the impact of climate change.”

[This article was updated for accuracy, Jan. 28.]