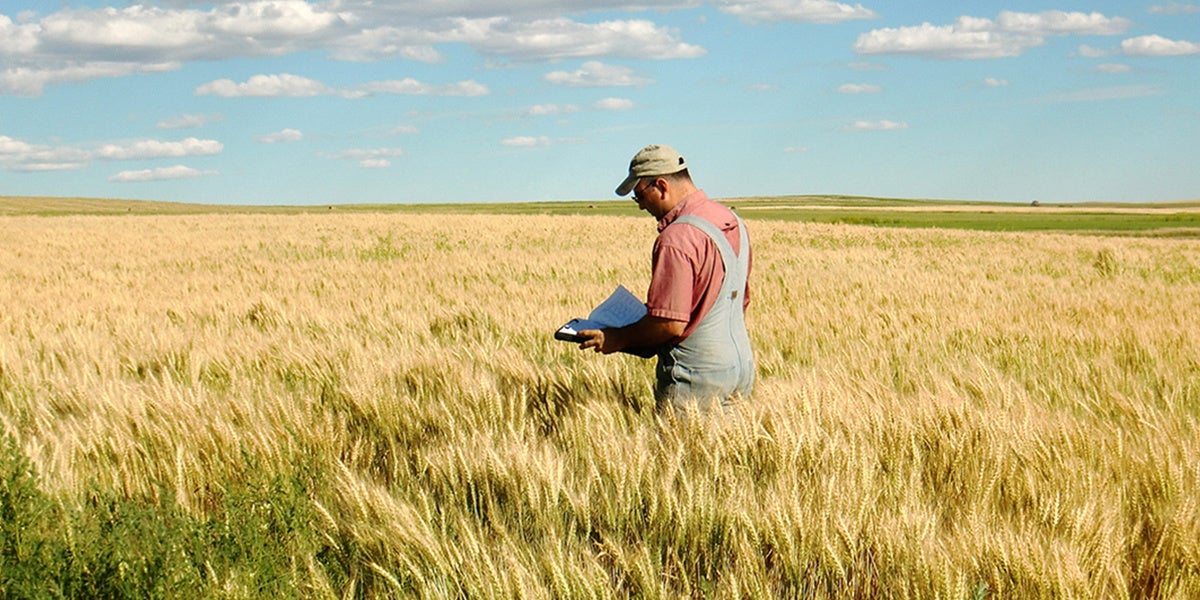 An overwhelming majority of surveyed farmers are concerned about the proposed Bayer-Monsanto merger and believe it will have a negative impact on independent farmers and farming communities, a recent poll has found.

“We urge the Department of Justice to listen to farmers and the more than 1 million Americans calling on the department to block the Bayer-Monsanto merger. The only answer to this merger is NO,” said Tiffany Finck-Haynes, senior food futures campaigner at Friends of the Earth.

According to the poll, of the farmers who responded:

The farmer’s top three concerns of the merger are:

“This survey underscores what we’ve been hearing from our farm family members for decades—that overwhelming consolidation has substantially eliminated competition in the marketplace,” said Roger Johnson, president of National Farmers Union. “Four or five firms dictate the prices that farmers pay for their inputs. Family farmers deserve fair prices, choices in what they plant, and the type of market competition that incentivizes firms to compete and innovate for their business. A Bayer-Monsanto merger stands to move each of these factors in the wrong direction, and that is away from competitive markets.”

The poll also found a high level of concern amongst farmers surveyed that the merged company will control data about farm practices, will increase prices, diminish quality, choice and seed varieties including availability of regionally adaptive seed, which farmers identified as critical given increasing climate variability.

“This merger will further concentrate ownership of our seed supply, inevitably leading to fewer seed variety options in the marketplace, less genetic diversity in our fields, and higher seed prices for farmers,” said Kiki Hubbard of Organic Seed Alliance. “Seed prices have nearly quadrupled in the past 20 years, even though yield and the prices farmers receive for their crops have not. History shows us that mergers of this magnitude also reduce rather than inspire innovation.”

“The chemical-intensive agriculture these corporations promote has given rise to superweeds and a reliance on even more potent, and potentially dangerous, chemicals,” said Farm Aid communications director Jennifer Fahy. “The proposed merger of Monsanto and Bayer further strengthens their ability to threaten the development of a sustainable food system that supports independent family farmers and rural economies, meets the growing demand of concerned eaters, and protects our soil and water. If we care about our food and our planet, the time to enforce antitrust laws is now!”

A white paper, prepared by the Konkurrenz Group, examines why the U.S. Department of Justice Antitrust Division should not accept Bayer’s proposed divestiture and behavioral remedies. Relying on the survey findings and other evidence, the white paper examines why the likely complex behavioral and structural remedies will not likely restore competition in the seed, trait and pesticide industries.

“A merger between Bayer and Monsanto would be a massive threat to food supply and farmers around the world,” said Anne Isakowitsch, campaign manager at SumOfUs. “Now that Monsanto and Bayer are closer than ever to this potentially disastrous takeover of our global agricultural system, we must all step up our efforts and speak out. The future of farming and food safety depend on it. This deal has the capability to usher in a new era of sterile crops soaked in dangerous pesticides around the world; we simply cannot allow this to happen.”

The unprecedented poll of farmer’s opinions was conducted between Jan. 26 and Feb. 12, 2018 by a coalition of farm groups who collected 957 responses from farmers in 48 states. Cumulatively, the farmers who responded to the poll cultivate close to 2 million acres, and represent all sectors of farming.

The full results and white paper, which demonstrates that the Department of Justice’s Antitrust Division should reject Bayer’s proposed divestitures and behavioral remedies and say NO to this merger, are available here.