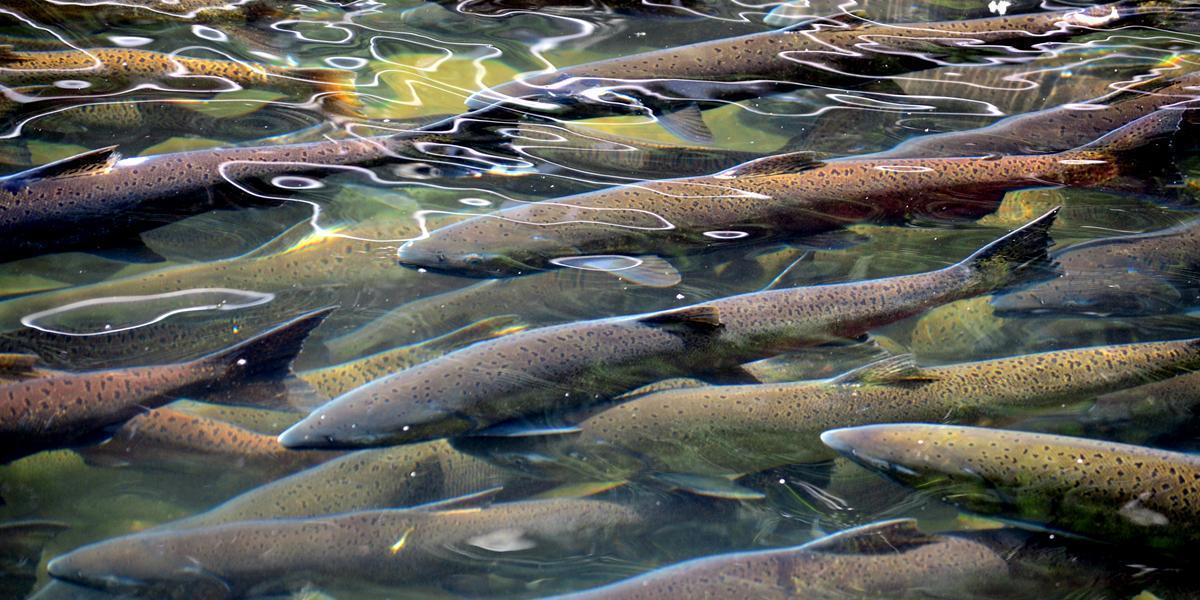 A tiny bug is behind a major problem in the global farmed
salmon industry.

The sea louse, or salmon louse, is eating into farmed Atlantic salmon supplies in Scotland, Norway, Iceland and Canada, driving salmon prices higher and creating a “chemical arms race in the seas,” the
Guardian reports.

Salmon companies around the world are spending an estimated $1.25 billion a year combined to tackle such outbreaks, the publication notes.

Salmon lice attach themselves onto wild or farmed salmon, living off the host fish’s blood and skin and leaving it vulnerable to infections. As EcoWatch explained previously, crowded conditions in pens used for raising salmon can provide an ideal breeding ground for sea lice. In farms in some parts of the world, a pesticide is used to combat sea lice that is toxic to marine life and banned by both the European Union and U.S. Food and Drug Administration.

“What we are seeing now is a chemical arms race in the seas, just like on the land farms, where the resistance of plants to chemicals is growing,” Don Staniford, head of the Global Alliance Against Industrial Aquaculture, told the Guardian. “In fish farms, the parasites are increasing resistance to chemicals and antibiotics. There has been a 10-fold increase in the use of some chemicals in the past 18 months.”

Chemicals used to control salmon lice
rose 932 percent on Scottish farms in the last decade, even though farmed salmon production only increased by 35 percent. Norway has ramped up its usage of hydrogen peroxide baths surged as well.

But like
superweeds, salmon lice are growing resistant to such chemicals and antibiotics, leading some salmon farms to resort to potentially risky methods to beat back the parasite.

Staniford also described how some farms are using mechanical ways to remove the lice.

“They are using hydro-dousers, like huge carwashes, and thermal lousing, which heats them up,” he said.

In Scotland, fish farming giant Marine Harvest used such a warming device called a
thermolicer to delouse its caged salmon, but ended up accidentally killing 95,000 fish.

In Canada—where an infestation last year led to the deaths of more than
half a million salmon—scientists are experimenting with using Pacific perch to clean lice from infested fish.

Some farms in Norway have successfully used this delousing method, deploying millions of wrasse to keep their salmon stocks healthy.

However, even that technique has a catch—a
new study found that this practice may be depleting wild wrasse populations.