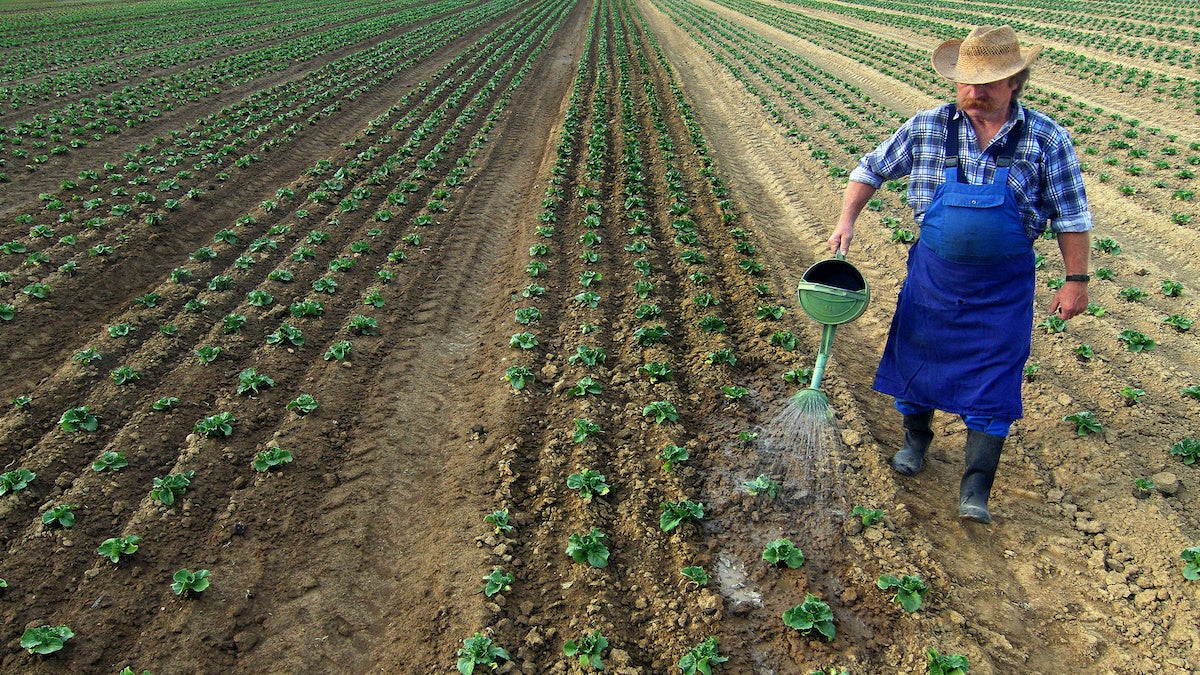 The European Commission launched a new Farm to Fork strategy in an effort to reduce the social and environmental impact of the European food system. European Environmental Agency / Flickr / CC by 2.0

The European Commission launched a new Farm to Fork strategy in an effort to reduce the social and environmental impact of the European food system. It is the newest strategy under the European Green Deal, setting sustainability targets for farmers, consumers, and policymakers.

“Farmers are under extreme pressure,” Stefan de Keersmaeker, European Commission Spokesperson for Public Health and Food Safety, tells Food Tank. “But our environment and health are under pressure.”

The strategy aims to reduce the use of chemical pesticides by 50 percent, increase the proportion of land used for organic farming to 25 percent, and reduce nutrient loss by 50 percent before 2030. It is also working to tackle food waste, loss of biodiversity, and unfair wages in the food chain.

Olivier de Schutter, Co-Chair of the International Panel of Experts on Sustainable Food Systems, explains on Food Tank Live that the strategy comes after calls for a single, integrated food policy framework. After three years of advocacy, a coalition of more than 250 European organizations persuaded the newly elected European Commission to consolidate existing agricultural, health, trade, and environmental policies.

To achieve its goals, the European Commission plans to reformulate the Common Agricultural Policy (CAP), which provides funding for farmers and rural development. The revised CAP will create eco-schemes to support farmers engaging in sustainable agricultural practices. This new system will reward precision agriculture, agroecology, carbon farming, and agroforestry, amongst other practices.

“We really believe that if we take this step…if we can set the standard, this will be a win-win situation for all involved,” de Keersmaecker tells FoodTank. “What’s important is that we ensure that the ensuing value is fairly distributed along the food chain so that those that really invest in this transition are actually rewarded.”

But while de Keersmaekcker says the strategy marks a turning point in food systems legislation, some activists argue that it must go further.

“[We] are worried that these targets do not go far enough to trigger a much-needed radical shift to agroecological practices,” Coste tells Food Tank. If member states do not help farmers transition to more sustainable practices, she explains, “bee and pollinator [species will] continue to be wiped out due to the perpetuation of a farming system based on monoculture and…chemical inputs.”

Coste also fears the European Commission’s focus on food waste is too narrow by accounting only for consumer and retail waste. Alongside the European Environmental Bureau and the World Wildlife Fund, Slow Food Europe advocates targeting pre-retail waste, which makes up 30-59 percent of Europe’s total food waste, according to the U.N. Food and Agriculture Organization.

Others worry about the Farm to Fork’s stance on industrial animal agriculture. The European Coordination of Via Campesina (ECVC), joined by more than a dozen civil society organizations, counseled the European Commission to tackle the overconsumption of meat, dairy, and eggs.

These organizations argue that a reduction in the consumption of animal products would have a positive effect on the environment. But Pierre Maison, Coordination Committee Member of ECVC tells Food Tank, “we believe the capacity of the Farm to Fork strategy to facilitate this transition is very weak.” Maison fears that the current policy environment may thwart the Farm to Fork’s chances of moving Europe away from large industrial animal agriculture, and reaching its soil health and organic farming targets.

In order to meet the Farm to Fork’s targets, the CAP must enhance food sovereignty by centering small farmers, according to Maison. “Without market and product regulation, farmers will not receive decent and stable revenue, which will hinder their transition towards sustainable production systems,” Maison tells Food Tank.

But by re-localizing supply chains and improving the resilience of farms, he believes the Farm to Fork strategy has the potential to empower small farmers. And Maison says that while organizers have a long way to go, the strategy is an important first step.

“The transition towards sustainable food systems cannot be successfully achieved if we do it on our own,” de Keersmacker tells Food Tank, “it’s a fight we’re in together.”