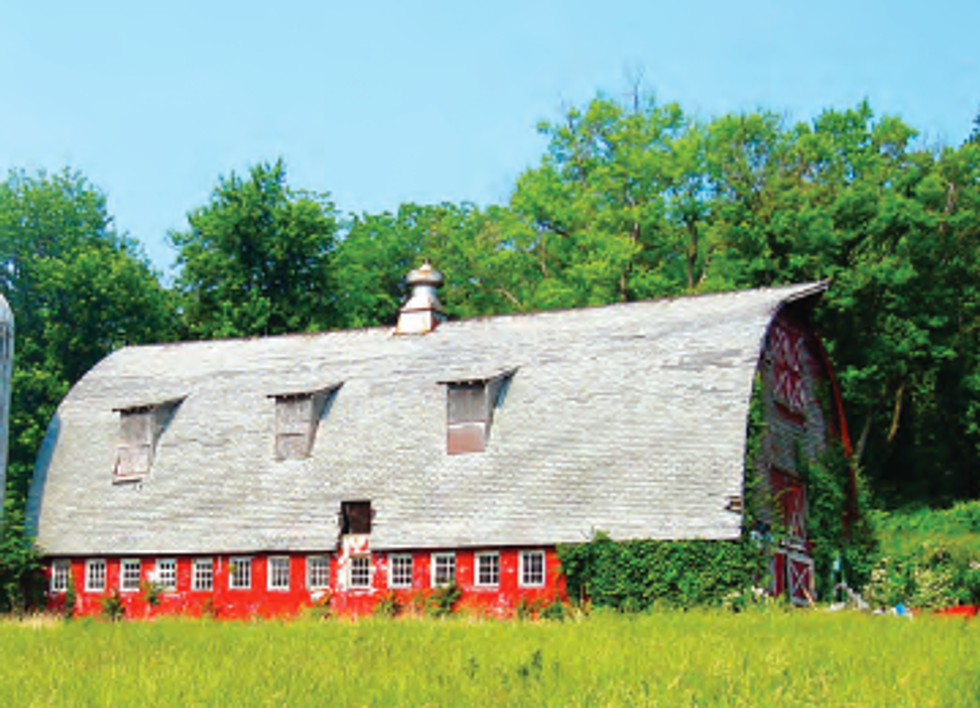 This week, both the House and Senate Agriculture committees adopted their versions of the 2013 Farm Bill. This is the latest move in the long-running attempt to pass a “normal” 5-year farm bill to replace one that was last passed in 2008. Several attempts to pass a farm bill in 2012 were unsuccessful and the farm bill that is currently in effect is a short-term extension that expires in September 2013.

There are some significant differences between the House and the Senate versions, in both what their bills actually contain and in the process used to get them through the committee. Both sides had an abbreviated process, skipping the normal step of conducting a series of hearings to explore various issues before writing the bill. But the Senate Agriculture Committee took the streamlining even further, managing to discuss, amend and pass its version of the bill in a little under three hours on Tuesday. The House Agriculture Committee finished theirs in a marathon session that took most of the day, wrapping up just before midnight Wednesday night.

Now each bill (HR 1947 and S 954) has to go to the floor for the whole body to vote on. The Senate is going first, with leadership claiming they will do the Farm Bill as early as next week. The full House may see their bill in June.

Here are some key differences between the two versions and things to look out for when the bills are on the floor:

House Amendment Attack’s States Ability to Regulate Food and Agriculture: An amendment by Rep. Steve King (R-IA) would effectively overturn state laws that set food and agriculture standards that are higher than federal rules. The broad measure is an attack on laws passed by states to establish more humane livestock rules (the purported aim of the amendment) but would also prevent states from setting stronger food safety rules, agriculture product standards, protections against invasive pests or livestock diseases or conceivably even efforts to label genetically engineered foods. Federal law should set a floor not a ceiling on what local citizens want in the food and farming systems; this language must be removed as the Farm Bill moves forwards.

Fair Markets for Farmers: It’s been a long battle to get the U.S. Department of Agriculture (USDA) to stop the abusive practices used by meat packers and chicken processors to cheat ranchers and livestock producers raged on in this round. The 2008 farm bill directed the USDA to write rules to address commonplace abuses in the meatpacking and poultry sector, and the meat industry has been on the attack ever since. After years of fighting to get those rules in effect, the House Ag committee’s version of the Farm Bill repealed the few provisions of the “GIPSA Rule” that remained, which prohibited some of the most abusive things chicken companies do to contract poultry growers. The amendment also prohibits USDA from taking any action to curb emerging abuses in the meatpacking and poultry sector. The Senate bill does not contain this provision to repeal the rules.

Country of Origin Labeling (COOL): Just like livestock fairness rules, the meat industry has been out to kill country of origin labeling ever since it was included in the 2002 Farm Bill. Sen. Mike Johanns (R-NE) and Rep. Austin Scott (R-GA) each introduced amendments to repeal mandatory country of origin labeling, using the flimsy excuse that the World Trade Organization (WTO) decision last year meant the program must end. The USDA is poised to release a technical change to COOL requirements that address the WTO decision, and there is no need for Congress to get involved in COOL at this point. The amendments were withdrawn in committee (probably because the enemies of COOL did not have the votes to win), but this issue will very likely come up again when the bills go to the floor.

Food Safety: The 2008 Farm Bill shifted catfish inspection from the Food and Drug Administration (FDA) to the USDA. U.S. consumers and catfish farmers wanted to replace the FDA’s lackluster inspection regime that allowed too many dangerous imports, hurting catfish’s reputation in the marketplace. Ever since, seafood importers have been trying to stop this from happening because they don’t want imported catfish to have to undergo the more rigorous inspection that would come with a USDA program. The House version of the bill repeals the catfish inspection program at the USDA and would move it back to FDA.

Organic: Organic agriculture fared much better in the Senate version of the bill, which restores funding for several “stranded” organic programs that expired last year, including data collection about organic agriculture, organic research funding and a cost-share program for newly certified organic farms and processors. Only the research program is funded in the House bill.

The biggest news on the organic front is that while critical organic programs have struggled to survive the last year’s craziness in the farm bill, both the House and Senate bills include language that would allow the creation of an organic “checkoff” program. The USDA-created checkoff programs fund research and promotion efforts for specific commodities (like cattle, hogs, eggs, etc.) by collecting a mandatory fee from farmers when they sell their products. Checkoff programs have paid for some famous advertising efforts like “Beef: It’s What’s for Dinner” and “Got Milk?”

Problem is, many farmers hate the checkoffs because they think the funds (which come from their sales) are not spent on things that actually help them but instead fund trade associations that are often dominated by meatpackers and processors. The USDA has a long history of poor oversight of the funds, which allows a lot of industry mischief that doesn’t benefit farmers. Creating a checkoff program for all organic products is controversial and we and many farmers oppose it.

Nutrition Safety Net: Not surprisingly, both committees took big swipes at the Supplemental Nutrition Assistance Program (or SNAP, formerly known as food stamps) that provides a nutrition safety net for lower-income people. More than half of the overall savings found in the House bill were created by cutting SNAP by $20 billion. These cuts were five times bigger than the still-too-large $4 billion cut by the Senate committee. The cuts would squeeze people off SNAP largely by making it harder for people to qualify for the program. This was a topic of fierce debate in the House committee and will be a major issue on the House floor. Last year, the full House never voted on the Farm Bill, in large part because of controversy over food stamps.

Commodity Programs: Both the House and Senate bills end direct payments to farmers raising commodity crops and shift them towards crop insurance instead of government commodity programs. There was a big fight in the House committee over the dairy program, one that is sure to continue when the bill goes to the House floor. The House committee’s bill includes a program designed by Ag Committee Ranking Member Collin Peterson (D-MN) that creates a program to pay dairy farmers when the margin between the price of their milk and the cost of the feed they buy drops below a set level. It also has mechanisms to discourage overproduction of milk when prices are low. Dairy processing companies that love buying cheap milk from farmers hate this program and fought hard to get it out of the bill but were unsuccessful. The Peterson program is more popular with dairy farmers, but doesn’t actually do enough to ensure that the price farmers receive for their milk reflects their total production costs, according to family dairy farmers.

Conservation: Conservation programs to protect fragile land, like the Conservation Security Program, have taken a beating in the last several rounds of budget cutting and Farm Bill extensions. This hasn’t really improved in either the House or Senate bills; both sides reduced funding for conservation by combining or eliminating existing programs. The Senate bill includes a requirement that farmers receiving government support to pay crop insurance premiums must be in compliance with conservation standards (conservation compliance was already required for the commodity programs). The Senate bill also added a focus on protecting bees and other pollinators and includes veterans to the list of types of farmers with designated conservation programs.

Beginning Farmers and Local Food: There were some improvements in programs for beginning and socially disadvantaged farmers, including a measure in the House bill to create a Socially Disadvantaged Farmer and Rancher Policy Center and support in both the House and Senate bills for the Healthy Food Financing Initiative, which provides funding to help site retailers selling fresh food in underserved communities.