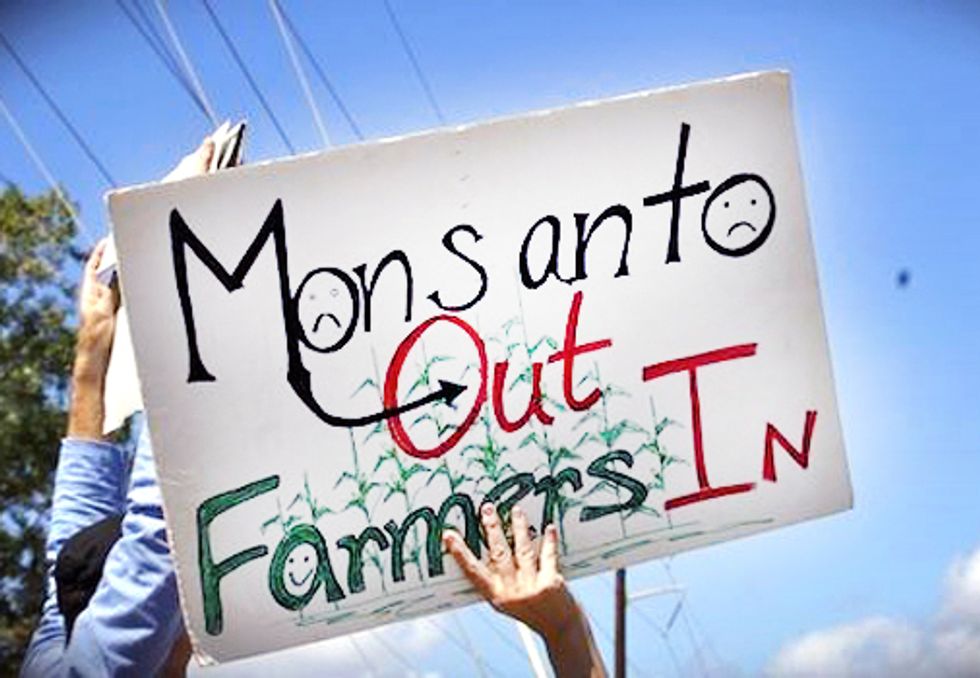 —plaintiffs in the landmark lawsuit Organic Seed Growers and Trade Association et al v. Monsanto—will travel from across America to Washington, D.C. this week to take on Monsanto and demand the right to farm. They will attend the Jan. 10 Oral Argument in the Appeal of Dismissal to be aired before the U.S. Court of Appeals for the Federal Circuit. A Citizen's Assembly in support of family farmers at 10 a.m. in Lafayette Square will coincide with the beginning of the Oral Argument inside the court room.

Many farmers have been forced to stop growing certain crops to avoid genetic contamination and potential lawsuits from Monsanto. This case challenges the validity of Monsanto's genetically engineered seed patents and seeks Court protection for family farmers who, through no fault of their own, may have become contaminated by Monsanto's patented seed and find themselves accused of patent infringement.

Monsanto filed 144 lawsuits against America's family farmers and settled another 700 out of court between 1997 and 2010. These aggressive lawsuits have created an atmosphere of fear in rural America and driven dozens of farmers into bankruptcy.

"The District Court erred when it denied the organic seed plaintiffs the right to seek protection from Monsanto's patents," said attorney Dan Ravicher of the not-for-profit Public Patent Foundation. "At the oral argument on January 10, we will explain to the Court of Appeals the District Court's errors and why the case should be reinstated."

The Citizen's Assembly in support of family farmers in Lafayette Square on Thursday, Jan. 10 at 10 a.m. will include family farmers, their lawyers and supporters after the hearing to explain why they traveled thousands of miles to protect their farms and communities.

"Farmers have planted and saved seeds for more than 10,000 years without interruption until Monsanto's genetically engineered seeds entered the market in 1996. Almost immediately Monsanto began a campaign of harassment against America's farmers, trespassing on their land and launching frivolous patent infringement lawsuits," said Dave Murphy, founder and executive director of Food Democracy Now!. "It's time to end Monsanto's campaign of fear against America's farmers and stand up for farmers' right to grow our food without legal threats and intimidation."

The lawsuit was originally filed in March 2011 by a large group of 83 Plaintiffs, which included individual family farmers, independent seed companies and farm organizations, whose memberships total more than 300,000 individuals. The case was dismissed in February 2012 by Federal Judge Naomi Buchwald who ruled that the farmers lacked standing.

Lawyers from the Public Patent Foundation representing the farmers have identified numerous reversible legal and factual errors committed by the judge, which they assert caused her to mistakenly dismiss the case and have filed a powerful appeal brief with the court. Amici briefs in support of the Plaintiffs have been filed by a group of eleven prominent law professors and by a group of fourteen non-profit agricultural and consumer organizations.

OSGATA has established a Farmer Travel Fund to provide travel assistance to plaintiff farmers for the case.