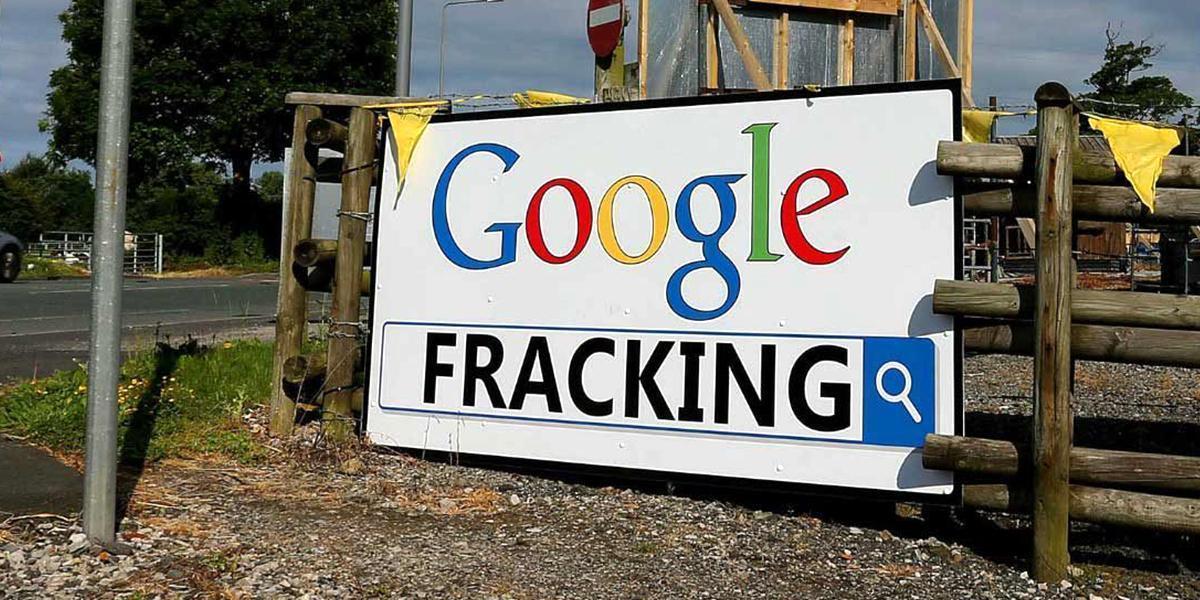 Conservative outlets are highlighting a pro-fracking group’s attempt to convince Google, which recently promised to alter its search algorithm to demote fake news, to also tweak it to purge or demote websites critical of fracking.

On May 8, Texans for Natural Gas, an industry group funded by Texas energy companies, published an open letter addressed to Google titled “ANTI-FRACKING ACTIVISM IS FAKE NEWS.” The letter, which was highlighted in the industry–funded outlets The Daily Caller and The Daily Signal, referred to Google’s recent move to alter its search algorithm to “demote misleading, false, and offensive articles online” before claiming, “We believe many of the most prominent anti-fracking websites have content that is misleading, false, or offensive—if not all three. As a result, we urge you to consider purging or demoting these websites from your algorithm, which in turn will encourage a more honest public discussion about hydraulic fracturing, and oil and natural gas development in general.”

The pro-fracking group claimed that environmental groups such as the Sierra Club, Earthworks and others were “peddling fake news” about the link between fracking and drinking water contamination. The letter cited a U.S. Environmental Protection Agency (EPA) study to support its claims, saying that the EPA study “found no evidence of widespread water contamination.” The group subsequently urged Google to examine other sites that contradict the findings of the EPA report, stating, “There are certainly other environmental groups that have made similarly false claims about fracking and groundwater risks, despite the conclusions of the EPA and other scientific experts.”

Yet for all the grandstanding the letter makes about rooting out “misleading” information online, it is full of misleading statements. Though the group claimed that the EPA study “found no evidence of widespread water contamination” from fracking, it neglected to mention that the EPA subsequently removed that sentence from the report on the advice of its Science Advisory Board because the findings of the report did not support that conclusion. Additionally, according to Cleveland.com, a study conducted by Stanford researchers in 2016 “found that common practices in the industry may have widespread impacts on drinking water.”

Texans for Natural Gas also said in the letter that statements linking fracking to worsening climate change are further examples of a “false claim peddled by anti-fracking groups and environmentalist websites,” adding that the UN Intergovernmental Panel on Climate Change (IPCC) cited the U.S.’s increased use of natural gas as “an important reason for a reduction of GHG emissions in the United States.” But this claim ignores more recent studies, including one by the National Oceanic and Atmospheric Administration, that found that methane emissions were actually “one-fifth higher than IPCC estimates,” as well as numerous studies that have concluded that methane leakage from natural gas production could negate the climate benefits of natural gas.

The term “fake news” has been wildly misused recently, and Texans for Natural Gas is only adding to the trend. If the group wants to cast itself as an ally in Google’s effort to root out misleading information, it would do well to provide an honest accounting of scientific research in its letter.