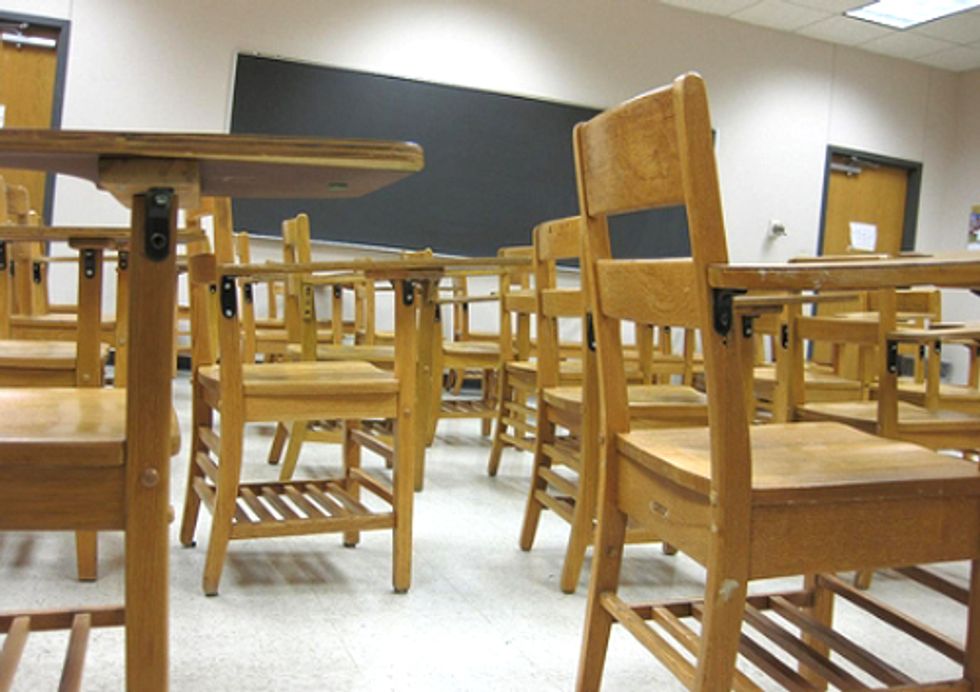 An energy industry public relations man and lobbyist with no background in climate science has infiltrated Carleton University in the Canadian capital of Ottawa, teaching a course on climate change denial that other Carleton professors describe as “a source of embarrassment to the institution.”

Tom Harris, who originally trained as a mechanical engineer, has been a strategist for the climate change denial industry for at least a decade. A favourite presenter misrepresented as a PhD at the Heartland Institute’s regular climate change denial conferences, Harris has worked directly for companies like the international PR giant APCO Worldwide and for energy industry lobby firms such as Toronto’s High Park Group. More recently, he has launched or led at least three phony “grassroots organizations”—energy industry front groups that promote confusion or denial in climate science.

Now, Harris is teaching at Carleton, passing on a mix of climate denial mythology and flat out fiction, telling students that the planet isn’t really warming, that (if it is), humans aren’t to blame, that (if they are) if might be a good thing and that, regardless, it’s just too complicated for mere scientists to figure out. (“The climate problem is so difficult that we might never solve it.”)

Harris’s ridiculous claims have been laid bare in a new report by the Canadian Committee for the Advancement of Scientific Skepticism (CASS), which has gone through videotapes of lectures from Climate Change: An Earth Sciences Perspective (ERTH2402), identifying 142 errors, exaggerations or outright prevarications.

"We have documented a large number of examples where the science that is taught is at least incomplete if not incorrect. There are a number of examples where Harris cites studies that were later rebutted …, and still more where he appears to have missed key publications … and this may indicate that he is unaware of the current scientific literature and prevailing scientific opinion."

The existence of this course represents a coup for the climate change denial movement, which as documented with the release of internal documents from the Chicago-based Heartland Institute, has been trying to infiltrate the U.S. school system with a K-12 curriculum promoting the notion that climate change is not real, not caused by humans or just too confusing to understand. (Heartland, a prominent proponent on behalf of its tobacco industry sponsors, has, in fact, been promoting climate disinformation in schools for many years.)

In the Carleton course, Harris has promoted a series of irrelevant, misleading or flagrantly incorrect bromides, including:

Notwithstanding, Harris has proved to be a popular teacher, who readily gives out high marks to the students most willing to parrot the denier line that he and his (often industry-associated) guest lecturers promote.

I know a guy who knows a guy

One of the biggest problem that CASS reported in trying to assess the content in Harris’s course is that he generally does not refer to primary sources—to references in peer-reviewed literature against which his contentions can be tested. Instead, he constantly tells students that he has been in personal or email contact with prominent scientists who have given him information—the vast majority of which is dubious, outdated, unsupported by science or simply wrong.

The CASS report offers the possibility that Harris is merely incompetent—that he has got the science wrong purely because he is out of his realm of expertise. But the authors also note the coincidence that “all the mistakes (Harris makes) support his thesis of no climate change effects."

More likely, it seems, for someone who has made his living dissembling about climate change on behalf of energy industry company-funded front groups, Harris has taken that campaign into the classroom with a disregard for the science and evidence that is somewhere between reckless and irresponsible.

There will almost inevitably be an argument about whether someone like Harris deserves protection under the principles of academic freedom—and certainly legitimate academics should be free to pursue their own course of study and to make whatever arguments they can support.

The question here is whether an institution such as Carleton can be forgiven for employing an instructor with no relevant credentials and significant and obvious economic conflicts. And, if Carleton is going to wrap Harris in a cloak of academic freedom—if the university is prepared to defend an industry front man’s right to dilute the university’s credibility by promoting views that are demonstrably incorrect and obviously grounded in a corporate agenda to deceive—then that should be a signal to prospective students and parents that they may want to exercise the freedom to choose a real university, one that values the accuracy of its curriculum and the integrity of its (other) faculty.

The full report, with references, is available by clicking here.

To see a selection of some of the 142 points of disinformation identified in the CASS report and responses to rectify those claims, view Richard Littlemore's entire piece by clicking here.