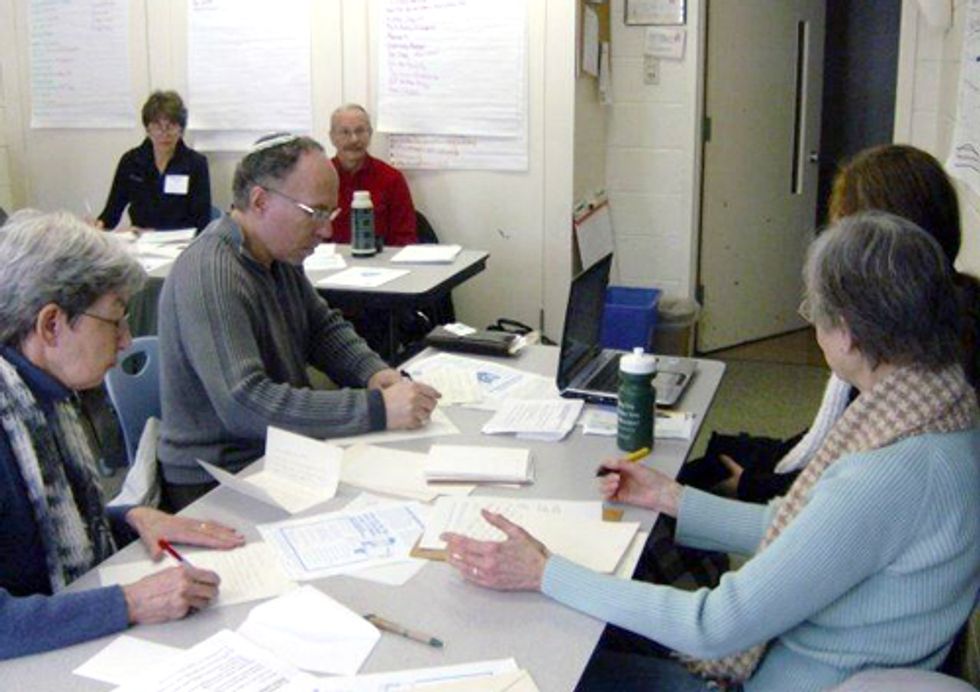 Faith Communities Together for Frac Awareness

A number of FaCT (Faith Communities Together for Frac Awareness) participants met at the First Unitarian Church of Cleveland for a letter writing session in response to the Shale Summit held yesterday at Executive Caterers at Landerhaven in Mayfield Heights, Ohio.

Among the letter writers were clergy and congregants of Jewish, Protestant, Unitarian Universalist and Catholic faiths. FaCT, with participants from Ohio, West Virginia and Pennsylvania, works to protect God’s creation and people from the harm caused by the extraction of resources such as oil, natural gas, coal and other toxic hydrocarbon sources of energy.

"As a Shaker Heights resident, local rabbi and member of the Strategic Council of Greater Cleveland Congregations, I am deeply concerned with the current state of horizontal fracking in Ohio. The medical, farm, environmental, food and social impacts of fracking without more study, regulation and transparency will have consequences to all of us that we will have to live (or become ill with) for generations," said Rabbi Shawn Zevit.

FaCT participants wrote letters to Ideastream (WVIZ/PBS and 90.3 WCPN ), a public media organization, in protest of their role as one of two presenting sponsors of the Shale Summit and for promoting the summit as an “unbiased discussion of the issues shaping shale drilling.”

On Ideastream’s Sound of Ideas program that aired Feb. 4, the former president of Shell Oil, John Hofmeister, stated that a person seeing a “frack job take place would think they have just seen hell.” It is this “hell” aspect of fracking that FaCT members feel needed to be included on the agenda of the summit in order to accurately characterize the summit  as “unbiased.”

FaCT participants believe it is important to examine what it would mean to be a neighbor to a fracking operation. Noise. Home-shaking vibrations.  Stadium-style lights through the night. Truck exhaust fumes. Groundwater made unusable from methane migration and chemical contamination. Polluted air engulfing homes, causing nose bleeds and skin lesions. A shale summit would need to address these documented public health and safety hazards before it could be fairly called an “unbiased” summit.

The Sound of Ideas program included: John Hofmeister, former president, Shell Oil Company and founder and chief executive, Citizens for Affordable Energy; Iryna Lendel, assistant director, Center for Economic Development, Maxine Goodman Levin College of Urban Affairs, Cleveland State University; and Rich Cochran, president and CEO, Western Reserve Land Conservancy. The panel did not include a professional in the field of public health, a biologist, a geologist or a hydraulic fracturing engineer. It is important to note that four of the five calls phoned in from the public were in regard to public health and safety issues (carcinogenic chemicals, methane migration in underground aquifers, greenhouse gases and brine spraying on local roads).  It is hard to understand how the concerns these callers raised could be adequately answered by the panelists.

FaCT is asking 90.3 WCPN to re-air the calls from Feb. 4 and have these calls re-addressed by public health professionals and individuals who are experts on hydraulic fracturing and the health risks associated with fracking.