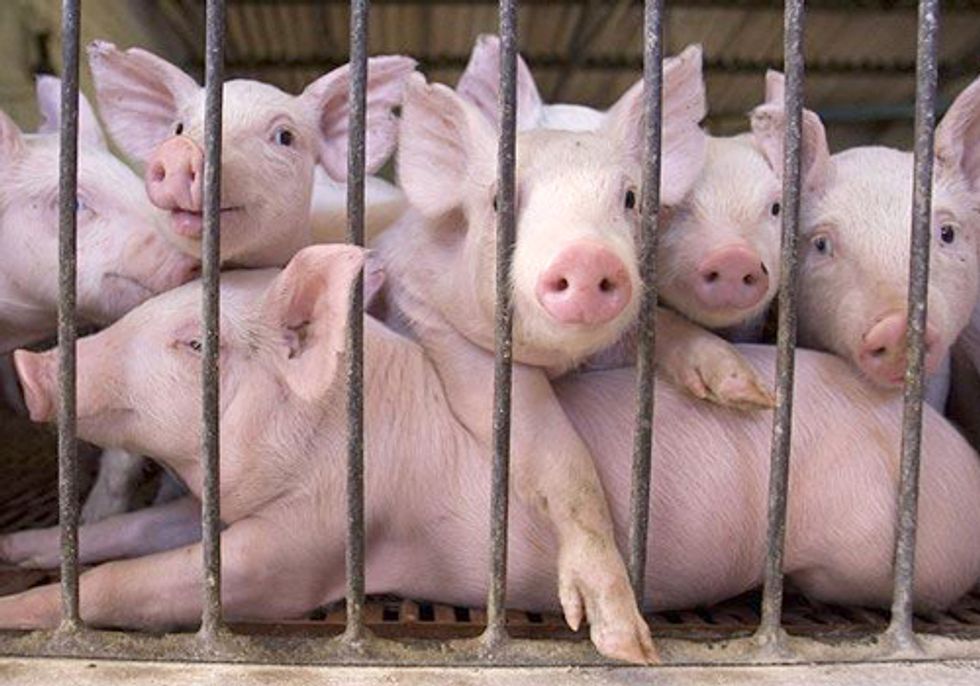 In previous posts, we have focused on the link between concentrated animal feeding operations (CAFOs) and water pollution and the effect on our nation’s largest estuary, the Chesapeake Bay. But the states surrounding the bay are not alone in facing this issue. In Illinois, for example, water quality problems have caused real concern about that state’s regulation of the rapidly growing hog industry.

Illinois is the fourth-largest hog-producing state in the country, raising about 4.5 million hogs annually. By 2008, 96 percent, of the lakes assessed by the state were listed as “impaired”—and agriculture was cited as the primary cause.

Illinois law allows massive hog production facilities within a quarter-mile of homes and a half-mile of towns, and residents are worried about their health and property values. Illinois Citizens for Clean Air and Water, a coalition of family farmers and community groups, reports that some citizens have spent their life savings battling factory farms. Responding to these concerns, the coalition petitioned the Environmental Protection Agency (EPA) in 2008 to transfer the authority to manage pollutant discharges from the state to the EPA, saying that Illinois had failed to “keep stride with rapid changes in Illinois’ livestock industry.”

Two years later, the EPA told Illinois to clean up its program and recommended a comprehensive survey of livestock facilities. At the time, regional EPA officials noted that neither they nor the state knew the locations of the majority of the animal feeding operations in Illinois. The agencies have since agreed on a plan to implement the Clean Water Act and to locate and count CAFOs. But if the authorities responsible for protecting state waters don’t know the locations of CAFOs that may be discharging manure into local waterways, water quality is at risk.

Locating farms that may contain more than 10,000 hogs or 38,000 chickens shouldn’t be that difficult. Alabama does it with a publicly accessible list that includes the number of animals and the nearest surface water likely to be affected. Missouri and Ohio provide interactive maps with CAFO locations. Clearly, maintaining this information for regulatory purposes can and should be done.

But even the states with data have been slow to share the information with the EPA. Action at the federal level also remains elusive, even though in 2008 the Government Accountability Office (GAO) reported to Congress that the EPA needed more information and “a clearly defined strategy to protect air and water quality” from CAFOs. GAO also noted that no federal agency collects consistent, reliable data on CAFOs and strongly recommended that the EPA create such a database.

Unfortunately, earlier this year, under stiff pressure from the animal agriculture industry, the EPA withdrew a proposal that would have established the GAO-recommended database. Opponents contended that the states already collected the necessary information, which was available to the EPA if the agency just worked with the states to gather it all into one database.

The Pew Environment Group has found that, although some states maintain readily accessible databases, others keep the information in arcane locations with non-user friendly formats that are not consistent from state to state. A standardized approach is clearly needed to protect public health and the environment, as mandated by the Clean Water Act 40 years ago.

The EPA should have held its ground on this issue. Four years after the GAO raised concerns, the agency still doesn't know the location of many of the country’s CAFOs, let alone how much manure they generate or how the waste is handled. The absence of this information potentially represents a major threat to public health in rural communities where sources of water may be polluted or unsafe. Both the federal government and the states need to move forward on this issue.