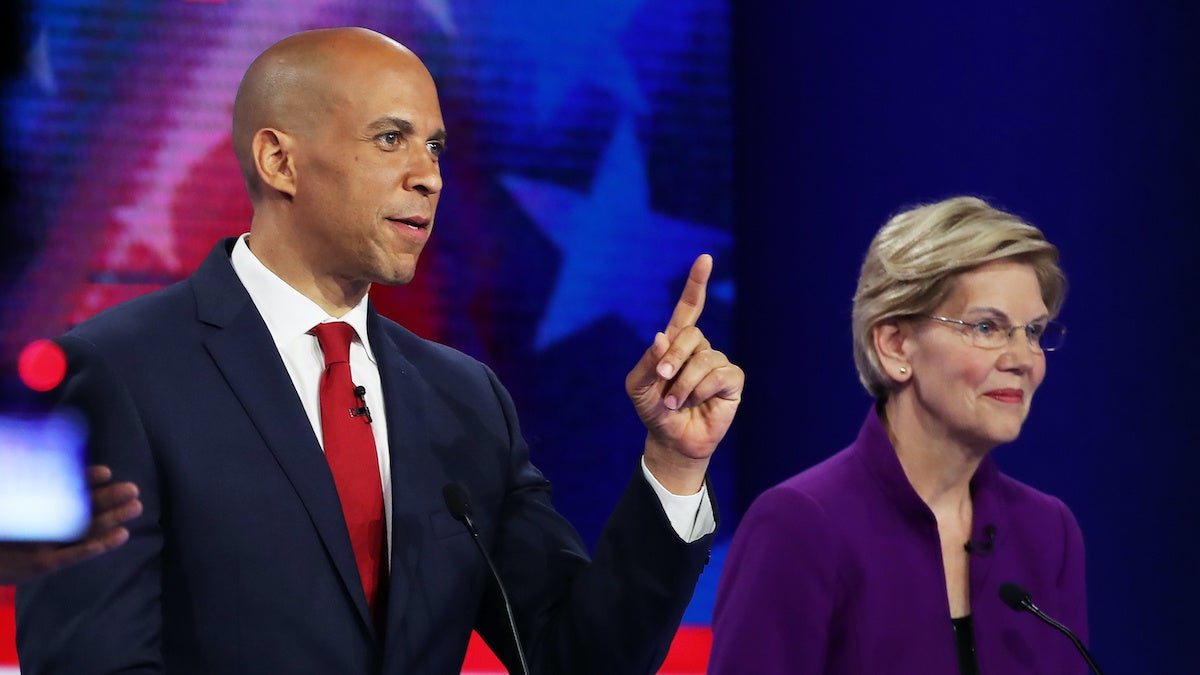 The dangers of working shoulder-to-shoulder in a meat processing plant have come to the forefront as the novel coronavirus has exposed the fragility of the meat industry’s supply chain. Factory farming is also resource intensive, leading to deforestation and fueling the climate crisis. It also accounts for 99 percent of the meat that Americans consume.

The Farm System Reform Act was first proposed by Booker in December. It aims to put a stop to any new factory farms and the monopolistic practices in the industry. It would hold concentrated animal feeding operations (CAFO) responsible for their environmental impact. Warren agreed to co-sponsor the bill after several incidents of unsafe working conditions and outbreaks of COVID-19 in the meatpacking industry, according to Newsweek. Rep. Ro Khanna (D-Calif.) is also co-sponsoring the effort and has introduced companion legislation to the House.

“For years, regulators looked the other way while giant multinational corporations crushed competition in the agriculture sector and seized control over key markets,” Warren said in a statement, as Newsweek reported. “The COVID-19 crisis will make it easier for Big Ag to get even bigger, gobble up smaller farms, and lead to fewer choices for consumers.”

The COVID-19 pandemic has revealed the tight control that a handful of companies have on the entire meat supply chain. As Booker’s office noted in a statement, “four companies control nearly 85 percent of the US beef market. Pork and chicken supply are similarly consolidated. Such concentration makes the food chain extremely fragile.”

As The Hill reported, the legislation directly targets multinational meat producing giants, like Smithfield Foods, Tyson Foods and JBS, all of which had severe coronavirus outbreaks among workers in the last month. Those outbreaks have led to fears of a meat shortage in the U.S., as Costco and Kroger have limited how much beef customers can buy, and some Wendy’s chains ran out of hamburger patties.

In response to the shuttered meat processing facilities, President Trump used the Defense Production Act to keep plants with outbreaks open despite the risks for employees, who often work side-by-side.

However, Booker noted that the problems in the meat industry existed well before the coronavirus pandemic.

“Our food system was not broken by the pandemic and it was not broken by independent family farmers. It was broken by large, multinational corporations like Tyson, Smithfield, and JBS that, because of their buying power and size, have undue influence over the marketplace and over public policy,” Booker said in a statement. “That undue influence was on full display with President Trump’s recent executive order prioritizing meatpacker profits over the health and safety of workers.”

Under the Farm System Reform Act, the largest CAFOs would be phased out entirely by 2040. Medium and small-sized operations would not be prohibited, although voluntary buyouts would be offered for farmers who want to cease factory farming, as Newsweek reported. The bill would also invest 0 billion over ten years to help CAFO owners transition to more sustainable forms of agriculture.

“Giant meatpackers cannot be permitted to continue to profit off of the labor of family farmers, consolidating the food industry to the point that our supply chain is threatened,” said Khanna, as The Hill reported. “Congress must step in to ensure an honest market, or risk losing another historic industry to the hands of big corporations.”