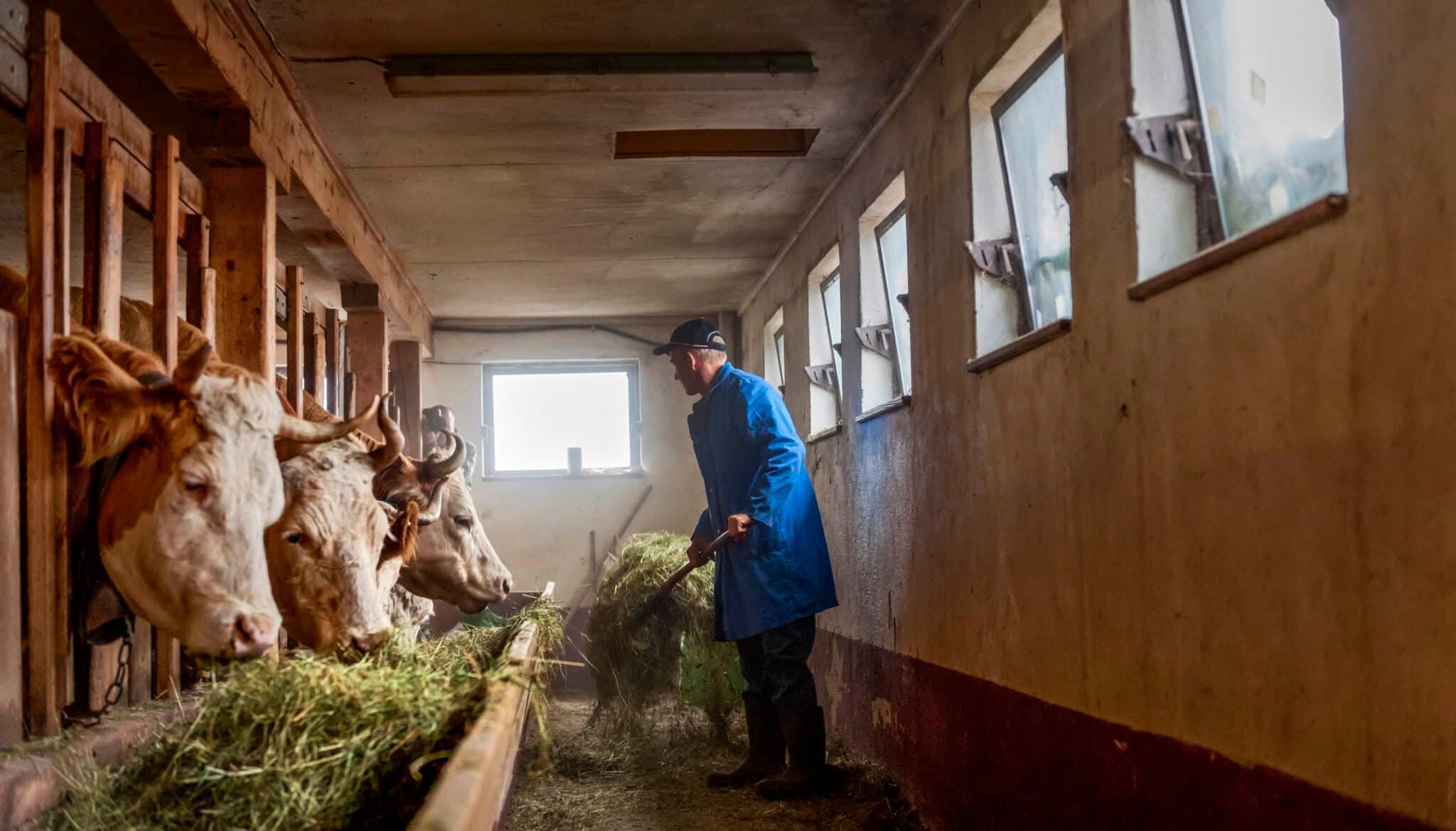 Cows on an organic farm in Switzerland. pidjoe / Getty Images

The so-called Factory Farming Initiative will be decided this Sunday, September 25, according to the Swiss government website.

“We believe animal agriculture is one of the defining problems of our time. It is an issue whose time has come,” Philipp Ryf, co-president of the group Sentience Politics that introduced the initiative, said, as Plant Based News reported.

Switzerland has long been a pioneer of animal welfare. Its 1978 Animal Welfare Act prohibited unjustifiable cruelty to animals and it became the first country in the world to prohibit battery cages for hens in 1996, according to Time. It’s also the only country to protect “the dignity of the creature” in its constitution, a change made in 1992, according to Plant Based News.

The new initiative would expand those constitutional protections to secure an animal’s right “not to be intensively farmed,” The Guardian reported.

Already, factory farming in Switzerland looks much gentler than in the U.S. Currently, farms in Switzerland are limited to 300 veal calves, 1,500 pigs or 27,000 broiler chickens, according to Time. The new initiative, if passed, would up these standards using organic regulator Bio Suisse guidelines that limit pigs per barn to 1,000 and hens to pen to 2,000. Further, it would require that all livestock be able to access the outdoors and that the entire slaughter process be cruelty free. Farms would have 25 years to transition.

“It’s true that we don’t have a lot of big farms in Switzerland,” legislator Martina Munz of the pro-ban Social Democratic party said, as Time reported. “But we have a lot of things we can do better when it comes to animal welfare. It’s not just the number of animals in the group, it’s also about how they’re kept, it’s about slaughtering and transportation.”

The ban would also extend to imported products and reduce the use of soya-based feed that is connected to deforestation.

Opponents argue that Switzerland already has comparatively strict animal welfare laws and smaller farms that the new rules will negatively impact. Farmer Ueli Stauffacher told Time that if the initiative passes, he would have to choose between the equally financially damaging choices of reducing his chicken flock or building more barns.

“People don’t understand how agriculture works anymore,” Stauffacher said. “Forty or fifty years ago, almost everyone had someone in their family who farmed, but that conduit is gone now. So you get people saying, ‘oh, poor animals.’ But they still want to eat meat.”

The ban is supported by the Small Farmers’ Association but opposed by the Swiss Farmers’ Union, which argues that it would lead to an increase in imports as consumers seek cheaper options and the ban on factory-farmed meat would not withstand existing trade agreements, according to The Guardian.

As of now, the future of Swiss farming remains uncertain, with 47 percent of voters polling in favor of the ban and 52 against it. But campaigners hope that it will pull through so that Switzerland can inspire other countries that are reconsidering their relationship with meat in the wake of the climate crisis.

“It is imperative that other governments, in particular the EU and in North America, should follow the lead and consult on the future of factory farming,” Pro Veg International Vice President Jasmijn de Boo told Plant Based News. “We need policies that at least set out time scales to downscale industrial animal farming and envisage the removal of subsidies for animal agriculture.”

Even if it doesn’t pass, however, its supporters say the ban has started an important discussion.

“Every day, there are articles in the newspaper about it,” Ryf told Time. “People who have never heard about the conditions in Swiss farms are now thinking about them. All the politicians have heard the specifics, all the journalists, and they probably will keep on talking about it. So this, for us, is already success.”