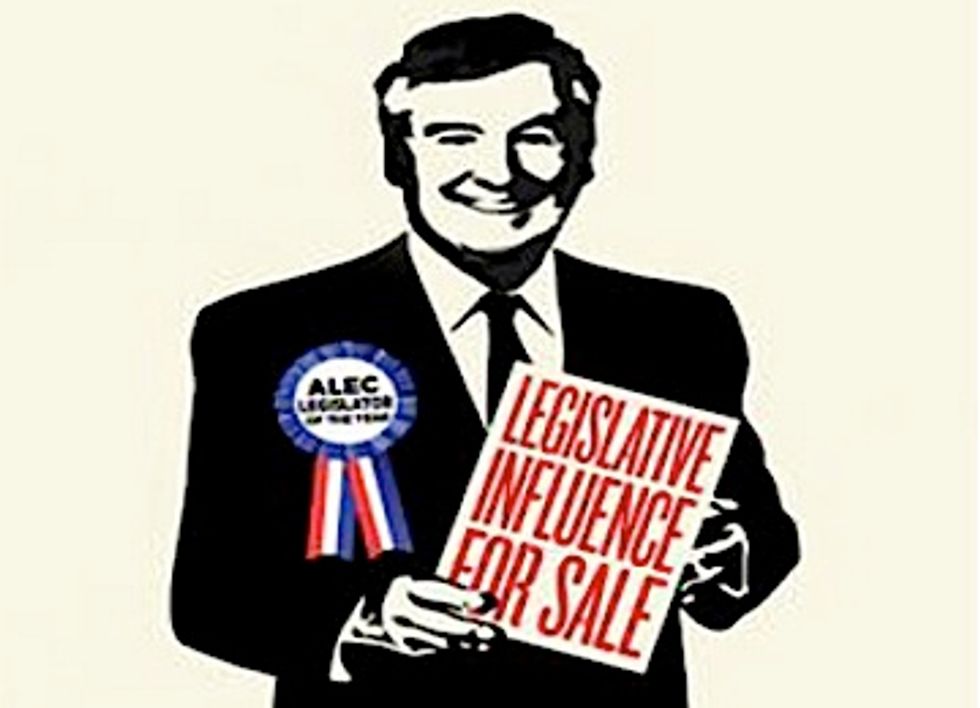 Members of the Ohio Senate Public Utilities Committee heard testimony this week on two bills that would roll back Ohio’s renewable energy and energy efficiency standards. Backed by fossil-fuel funded special interest groups and their political allies, these proposals would undermine Ohio’s emerging clean energy industries and make the state even more dependent on coal and natural gas.

It is no coincidence that the primary sponsors of these bills are both members of the American Legislative Exchange Council (ALEC). Last year, the Washington Post,Union of Concerned Scientists (UCS) and others exposed ALEC’s scheme to deploy model legislation written by the Heartland Institute, and backed by deeply flawed and soundly refuted analyses from the Beacon Hill Institute at Suffolk University, that would repeal renewable electricity standards (RES) now in place in 29 states.

ALEC, the Heartland Institute, and the Beacon Hill Institute all come to the table with dubious records of spreading disinformation to sow doubt about the scientific evidence on climate change and the consequences of tobacco use. Each has received funding from fossil fuel and tobacco interests.

So far, their campaign to roll back RES policies across the country has failed. Policymakers in states like Kansas and North Carolina exhibited sound judgment in rejecting the disinformation and repeal attempts. Likewise, Ohioans should be skeptical of claims about the Buckeye State’s clean energy policies coming from these groups, and the politicians who repeat them.

Leading off at the latest Senate Public Utilities Committee hearing was Senate Bill 34. Introduced by Sen. Jordan (R–Ostrander), this bill would repeal Ohio’s requirement that 12.5 percent of the state’s power supply come from renewable energy by 2025. It is a retread version of the RES repeal bill Sen. Jordan first introduced in 2011, which was hailed by ALEC, but ultimately tabled by the Committee.

In his rhetoric against the RES, Sen. Jordan routinely cites a Beacon Hill Institute economic analysis that ALEC distributed to Ohio lawmakers. But the Beacon Hill Institute’s Ohio RES study is deeply flawed in many ways, including that it exaggerates the costs of renewable energy technologies and ignores the benefits of wind and solar power. The study even makes the incredulous claim that variable wind power “could actually increase pollution and greenhouse gas emissions.”

The opposite conclusion was reached in a recent analysis by an economist at the Public Utilities Commission of Ohio (PUCO), the agency responsible for overseeing the RES. That study found Ohioans are already benefiting from renewable energy through downward pressure on wholesale electricity prices and reduced emissions. PUCO’s modeling also showed that the more frequent ramping up and down of fossil-fuel plants to accommodate renewable energy resources did not materially affect overall emissions reductions.

Unfortunately, the Beacon Hill Institute deliberately ignores real world evidence about the innovations and tools that make it more efficient and cost-effective to ramp up renewable energy, while maintaining a reliable and cleaner power system. Instead, they effectively cut and paste the same false claim in study after study, spreading misinformation about the environmental benefits of renewable energy.

It is telling that the Beacon Hill Institute grounds its claim in the questionable findings of a single Colorado-specific report from 2010, also funded by fossil fuel interests. Xcel Energy, Colorado’s largest utility with extensive experience generating and integrating wind power, promptly debunked the study’s findings. And more recently, a National Renewable Energy Laboratory study on Colorado and other Western states found that any increase in fossil-fuel power plant emissions to accommodate renewable energy is small, and more than offset by overall reductions in carbon emissions and other air pollutants.

The second bill considered at the hearing was SB 58, introduced by committee chairman Sen. Seitz (R–Cincinnati), a current member of ALEC’s board of directors. In recent testimony, Senator Seitz stated that what he really wants is to repeal Ohio’s renewable energy and energy efficiency standards. Having failed once already to achieve this goal, his new tactic with SB 58 is a more subtle approach, but would still effectively gut both standards.

In explaining his change of position—Sen. Seitz voted for the original clean energy standards in 2008, along with nearly every member of the Ohio House and Senate—and current rollback attempt, Senator Seitz argues that “[i]n 2008, we projected that there would be a steady increase in electricity demand. That has not happened.”

That’s true, but using electricity more efficiently has always been a central goal of the Ohio’s clean energy law, which requires utilities to achieve cumulative energy savings of 22 percent by the end of 2025. In fact, Ohio’s four regulated utilities achieved nearly 3.1 million MWh of savings through energy efficiency from 2009 to 2011, as PUCO Chairman Todd Snitchler told Sen. Seitz’s committee in March. The fact that the energy efficiency standard is working effectively seems like a spurious reason to be against it.

Sen. Seitz deserves credit for accurately acknowledging that the costs for wind and solar power have declined in recent years. But he also contends that wind and solar “fuels remain far more costly” than “fuel generated from conventional sources, and uncompetitive with natural gas.” In reality, strong evidence shows that wind and solar can protect consumers against fossil fuel price volatility. Once built, the “fuel” to power wind turbines and solar panels is free; whereas natural gas and coal prices are subject to dramatic swings. In fact, coal and natural gas prices projected to increase by 59 and 119 percent, respectively, in the wholesale electricity market serving Ohio.

Putting all of Ohio’s energy eggs in the fossil fuel basket ignores the myriad risks of dependence on coal and natural gas, including risks to public health and climate change. Sen. Seitz recently invited climate deniers from the Heartland Institute to testify on Ohio’s clean energy standards, who used the opportunity to falsely characterized natural gas as “essentially an emissions free-power source.” As with any fossil fuel, burning natural gas for electricity results in the release of carbon dioxide, and thus contributes to global warming, making it a far less attractive from a climate solutions standpoint than renewable energy or energy efficiency.

Periodic review of any policy makes good sense. But such reviews need to be based on sound and transparent analysis from credible sources, not ideological attacks and disinformation from special interest groups funded by the very industry that stands to benefit from dismantling the policy.

A rigorous review of Ohio’s renewable energy and energy efficiency standards would find that these policies have been effective, affordable and are delivering benefits to consumers and the environment. They should be strengthened—not repealed or diluted.

A recent survey shows that a majority of Ohioans supports requiring utilities to provide 20 percent their electricity from renewable energy (well above the current 12.5 percent requirement). That would be a good step forward. First, let’s make sure Ohio does not become the first state to choose the fossil fuel industry’s fiction over clean energy facts.