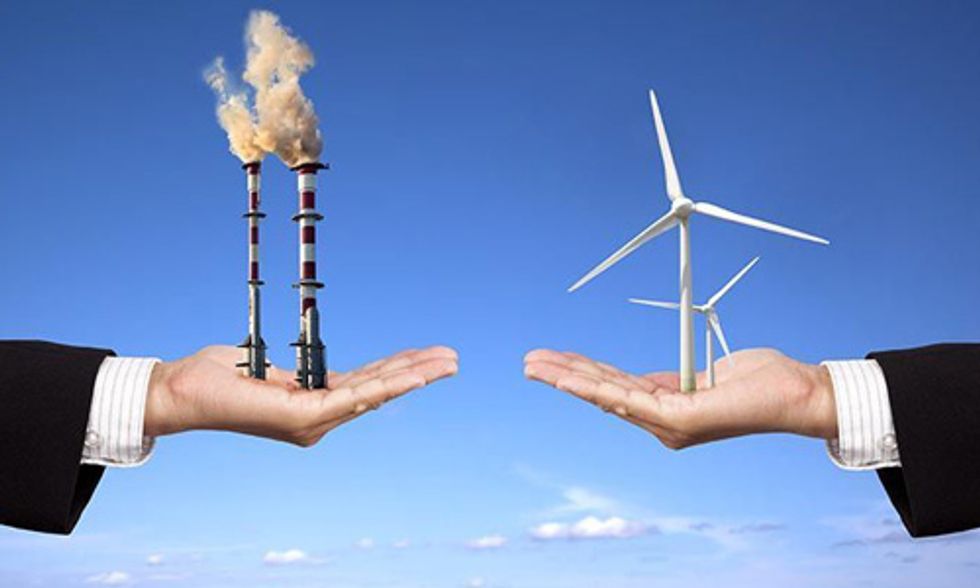 The big oil companies’ on-off affair with renewable energies seems to be back on track.

As a recent report pointed out, the oil companies have failed to adapt to an increasingly fragmented global energy system. Buffeted by low oil prices and tightening climate change-related regulations, they have seen a sharp drop in their financial fortunes.

This follows on the heels of an announcement by the  French oil company Total, another of the oil giants, that it is stepping up its investments in clean energy, spending more than $1 bn buying Saft, a major battery manufacturer. Total has also purchased  a majority share in SunPower,  a leading solar concern.

Even ExxonMobil, for long an organization which cast doubt on the whole science of global warming, has recently announced plans to investigate fuel cell technology in order to build carbon capture and storage facilities and eliminate greenhouse gas emissions from power installations.

On the face of it, this is all good news in the battle against climate change. Emissions from fossils fuels, particularly from oil and coal burning, are a major driver of global warming.

Yet as a proportion of their overall spending, the oil giants’ investments in renewables are still very low, and are dwarfed by their spending on fossil fuel-related activities.

Also, in the past, the oil majors have made much-publicized announcements about alternative energy investments, only to later quietly withdraw their support.

As a recent report pointed out, the oil companies have failed to adapt to an increasingly fragmented global energy system. Buffeted by low oil prices and tightening climate change-related regulations, they have seen a sharp drop in their financial fortunes.

Operating in an oil market which is increasingly chaotic and unstructured is not easy. The major oil companies—once all-powerful in the energy market—have over the years lost production and market share to state-owned conglomerates, most of them gathered under the Organisation of Petroleum Exporting Countries (OPEC) umbrella.

In recent years OPEC itself has begun to fracture, and production level agreements have broken down.

Member countries Saudi Arabia and Iran are bitter enemies. Libya is in a state of near civil war. There is political chaos in Venezuela. Rebel groups are attacking oil installations in Nigeria.

Meanwhile non-OPEC members—the U.S. and Canada—have been adding to a global oil glut—caused primarily by a slowing world economy—by pumping out millions of barrels of oil from shale deposits and by fracking.

Experts say that in order to survive, the oil majors have to invest in new technologies, including renewables. Once again, the companies are taking tentative steps along that path, but it might be too little, too late for them to survive.

Kieran Cooke, a founding editor of Climate News Network, is a former foreign correspondent for the BBC and Financial Times. He now focuses on environmental issues