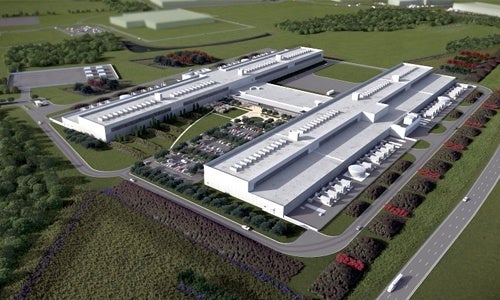 Facebook announced today that it will power a new data center in Texas with 100 percent wind energy. Facebook has also committed to setting a new goal of powering its operations with 50 percent renewable energy by the end of 2018.

“Thanks to our continued focus on efficiency and our investments in renewables in recent years, the carbon impact of one person’s use of Facebook for an entire year is the same as the carbon impact of a medium latte,” according to Tom Furlong, vice president of infrastructure at Facebook.

Facebook is not the only leader in transitioning its data centers to cleaner, greener energy sources. Google plans to build a data center powered by 100 percent renewables at the soon-to-be closed coal-fired plant in Alabama. Amazon announced last month that it will build an 80 megawatt solar farm in Accomack County on the eastern shore of Virginia. However, as Greenpeace points out, Amazon has failed to be announce how they will power other new data centers coming online.

“Facebook’s announcement draws a sharp contrast to Amazon Web Services, which has failed to explain how it will power its newly announced data centers in Ohio and India, despite the company’s commitment to use 100% renewable energy,” said Pomerantz.

According to Greenpeace: Amazon recently announced new data center facilities in Ohio and India, but did not provide details showing how those facilities would be powered by renewable energy. American Electric Power, the utility providing service to the region where Amazon’s Ohio data center facilities are planned, generates 83 percent  of its electricity from coal. Amazon purchased 150 megawatts of wind power from Indiana, presumably to apply to its Ohio data center, but a Greenpeace investigation shows how AWS will demand significantly more power than that in Ohio.

Greenpeace’s most recent report, “Clicking Clean: A Guide to Building the Green Internet,” found that Amazon has failed to provide transparency about how it will keep its commitment to use 100 percent renewable energy, particularly as it expands its data center operations in coal-heavy regions like Ohio and Virginia.