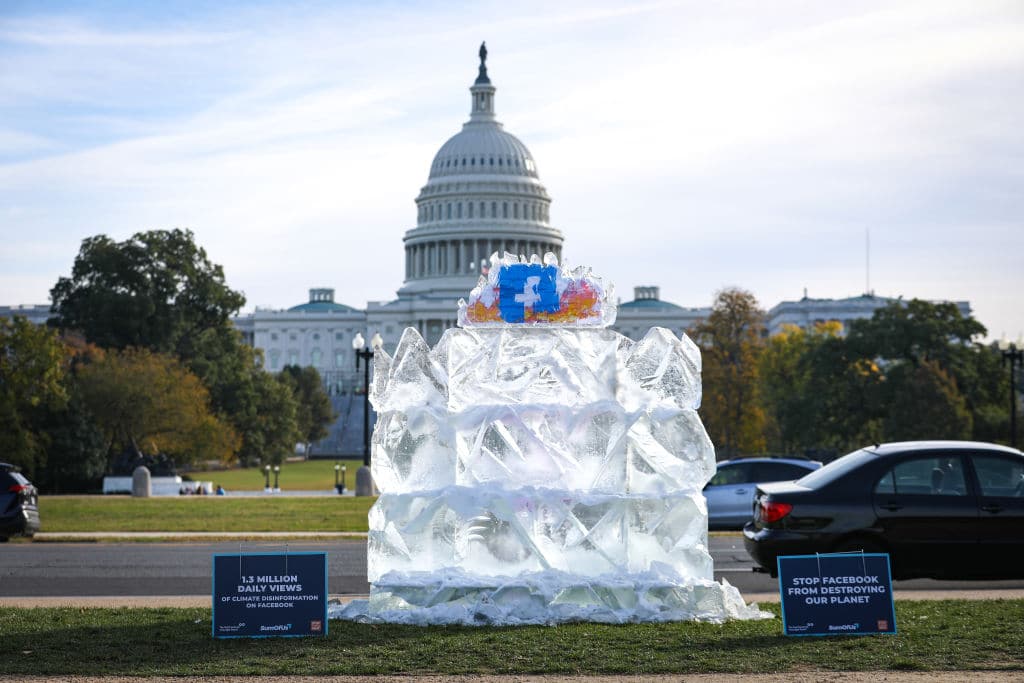 In new research released Wednesday, February 23, the Center for Countering Digital Hate (CCDH) reported that Facebook did not add content warning labels to over 50% of top posts from climate change-deniers.

Now called Meta, Facebook has been in hot water regarding its role in spreading misinformation. Recently, the company has also been in trouble as lawyers for Frances Haugen, a company whistleblower, filed a complaint that Facebook misled investors about making sustainable efforts and reducing misinformation on its platform, as reported by Reuters.

“CCDH’s strong research echoes the exposés by Frances Haugen and others: Facebook will say one thing, and yet do another,” Michael Khoo, co-chair of the Climate Disinformation Coalition at Friends of the Earth, said. “Facebook should not be trusted and must be regulated, especially as they attempt to escape to the metaverse.”

In November, a major report found that people viewed climate misinformation on Facebook about 1 million times per day. Further, Facebook’s Marketplace feature has allowed the illegal trade of wildlife as well as illegal selling of land in the Amazon forest, which Facebook said it would crack down on in October 2021.

In February 2021, Facebook announced it would fight misinformation by creating a Climate Science Information Center, but the November 2021 report on climate misinformation noted that inaccurate posts about climate change on Facebook receive an estimate of 13 times more views than the posts in the platform’s own curated information center.

Along with the creation of the Climate Science Information Center, Facebook said in May 2021 it would create labels for posts about climate change, but the latest report from the Center for Countering Digital Hate found that of 184 posts analyzed, 50.5% did not include these labels. The posts were shared between May 2021 and January 2022, after the company had launched its labeling feature internationally.

“During the time frame of this report, we hadn’t completely rolled out our labeling program, which very likely impacted the results,” Kevin McAlister, spokesperson for Meta, told Reuters. But the study also found that five of 12 posts shared between December 20, 2021 and January 20, 2022 did not have the labels.

“By failing to do even the bare minimum to address the spread of climate denial information, Meta is exacerbating the climate crisis,” Imran Ahmed, chief executive at CCDH, said. “Climate change denial—designed to fracture our resolve and impede meaningful action to mitigate climate change—flows unabated on Facebook and Instagram.”