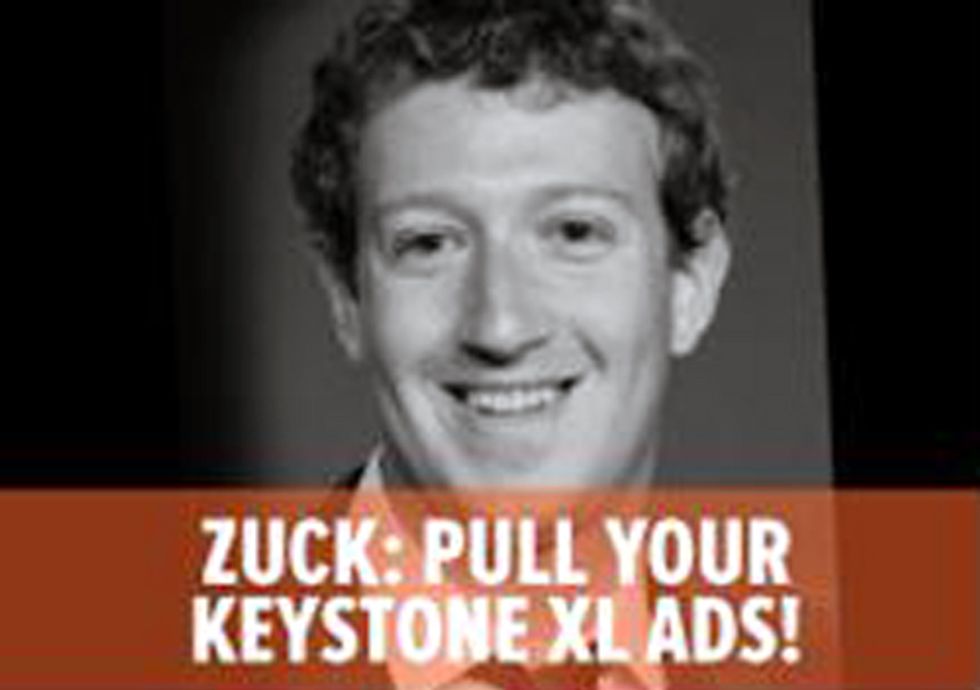 The answer: They have both censored adverting criticizing their actions on climate-related issues.

So Facebook’s Mark Zuckerberg joins Exxon in those accused of cynical censorship of free speech.

As we have pointed out, Exxon has repeatedly tried to ban adverting by Oil Change International and others.

But yesterday it emerged that Facebook has rejected an advertisement by CREDO Mobile criticizing the actions of Fwd.us, the political group started by Zuckerberg and others in the tech industry.

Fwd.us is funding political advertisements that endorse the Keystone XL and expanded oil drilling, via their support for a group led by Sen. Lindsey Graham (R-SC), called Americans for a Conservative Direction.

Another group receiving Fwd.us support is the Council for American Job Growth which is working to open the Arctic National Wildlife Refuge to drilling.

CREDO Mobile, which has been an ardent critic of the Keystone XL pipeline, launched a campaign on Facebook to protest against the ads, but Facebook has banned them, supposedly because it uses Zuckerberg’s image.

However ThinkProgress has pointed out that the image used was fully licensed for creative commons use, although Facebook maintains that any images of Zuckerberg are not allowed as he is part of the Facebook brand.

Not surprisingly, CREDO Mobile thinks Facebook’s position is untenable. Their political director Becky Bond told the Washington Post “you can’t use Facebook ads to talk about what Mark Zuckerberg is doing.”

The problem for Zuckerberg is that censorship, which is often the weapon used by the rich and powerful, often backfires.

As the Chinese contemporary artist Ai Weiwei has said: “Censorship is saying: ‘I’m the one who says the last sentence. Whatever you say, the conclusion is mine.’ But the internet is like a tree that is growing. The people will always have the last word—even if someone has a very weak, quiet voice. Such power will collapse because of a whisper.”

And people are whispering now, Mr Zuckerberg, even on Facebook.