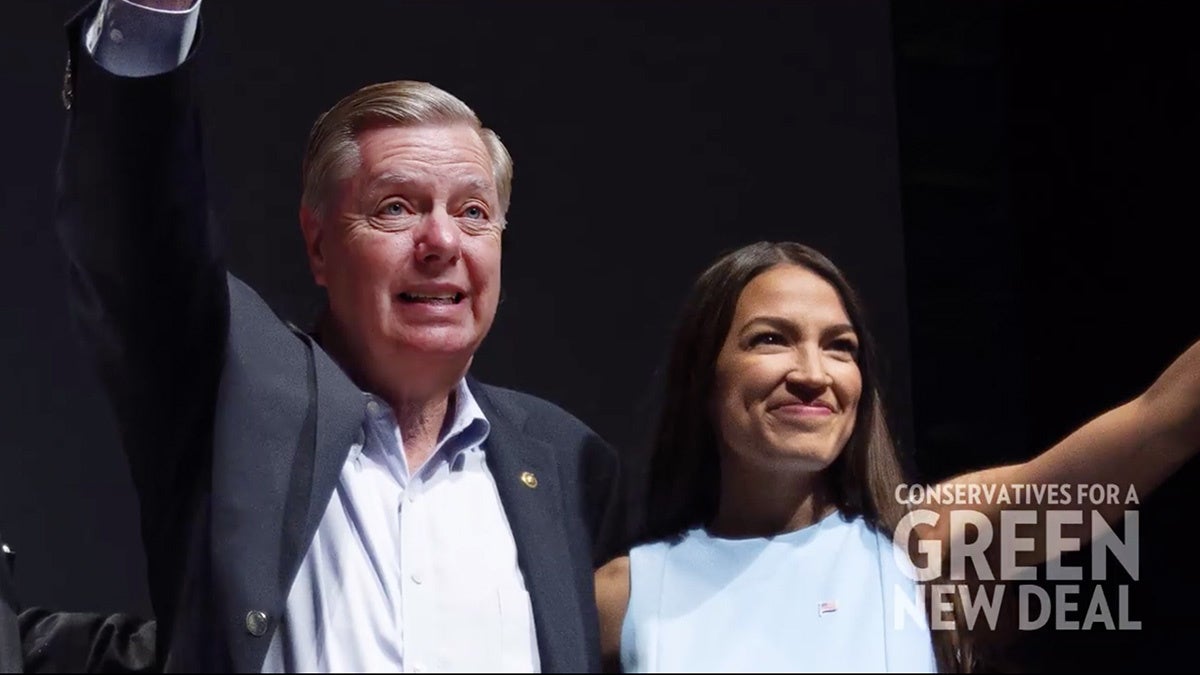 In a test of Facebook’s willingness to stop the spread of false information, a left-leaning PAC posted an ad on the social media platform that claimed South Carolina Republican Senator Lindsey Graham supported the Green New Deal. It was flagged and subsequently taken down by Facebook, according to CNET.

The move shows that political ads purchased by political groups are not exempt from fact checking, but ones bought by politicians are, as CNET reported.

The ad in question ran on Friday as a stunt from the left-leaning political action committee, or PAC, The Really Online Lefty League. It features Ronald Reagan and Richard Nixon talking about protecting resources before shifting to Sen. Lindsey Graham and seamlessly splicing his speeches to make it seem like the staunch conservative is supportive of the Green New Deal, as CNN reported.

“From a Republican point of view, I think we need to look at the science, admit that climate change is real. Simply put, we believe in the Green New Deal,” Graham says in the ad.

In the past, Graham has dismissed the proposal to the overhaul the country’s energy infrastructure to renewables as “crazy economics” and claimed that Democrats are willing to destroy the economy to save the environment, as EcoWatch reported.

The video of the ad is still available on The Really Online Lefty League’s Facebook page, though it runs there with a disclaimer that it is false.

The new ad was triggered in response to a testy congressional hearing last week where, New York Democrat Alexandria Ocasio-Cortez grilled Facebook CEO Mark Zuckerberg about several of his company’s policies, including its hands-off approach to political falsehoods.

“Could I run ads targeting Republicans in primaries saying that they voted for the Green New Deal?” Ocasio-Cortez asked Zuckerberg. “I mean, if you’re not fact-checking political advertisements, I’m just trying to understand the bounds here.”

“Congresswoman, I don’t know the answer to that off the top of my head,” Zuckerberg replied. “I think probably.” He then elaborated, “I think lying is bad, and I think if you were to run an ad that had a lie, that would be bad. That’s different from, in our position, the right thing to do to prevent your constituents or people in an election from seeing that you had lied.”

Facebook’s policy not to take down ads with completely false information that politicians pay for has been criticized by presidential candidates Elizabeth Warren and Joe Biden, according to The Guardian.

“When I saw the video of Alexandria Ocasio-Cortez asking Zuckerberg if she could advertise that her Republican opponents supported the Green New Deal and he said, ‘probably,’ I thought, ‘well, gosh, we should test that,'” Adriel Hampton, the man behind the video, told Newsweek.

Hampton submitted the video as an advertisement to Facebook and it was approved overnight without questions, according to Newsweek.

Lead Stories, Facebook’s fact-checking partner, posted on Saturday that it rated the ad as false, but added that a lawmaker like Ocasio-Cortez could run the ad since Facebook doesn’t send posts from politicians to third-party fact checkers, as CNET reported.

“People believe it, that’s what’s just shocking. A lot of people think it’s real, and that’s what frightens me,” said Hampton, as Newsweek reported. “That’s what I think is problematic, and I think that Congress needs to take it incredibly seriously.”