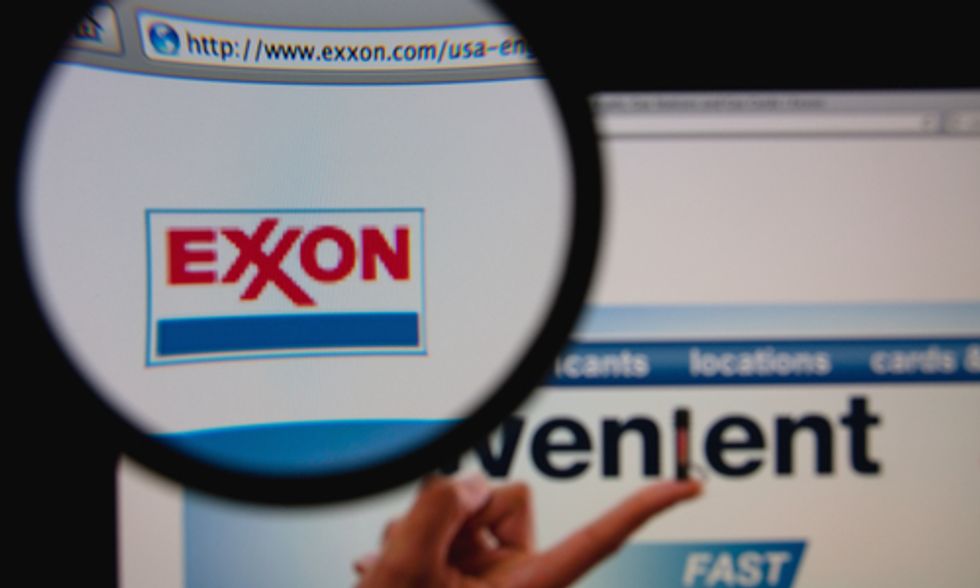 The good news is that Exxon, the nation’s largest oil and gas company, responded swiftly to shareholder concerns by releasing two reports on the company's long-term climate risk and environmental impact.

The bad news is that the company issued a mixed message in the process. While the company admits that climate change should not be ignored, it also trumpeted the ability of carbon-based fuels to help meet energy demands.

"Our analysis and those of independent agencies confirms our long-standing view that all viable energy sources will be essential to meet increasing demand growth that accompanies expanding economies and rising living standards,” William Colton, ExxonMobil’s vice president of corporate strategic planning, said in a company statement.

In the same statement, Colton adds that it is "equally essential" that society invests in research to reduce greenhouse emissions. He said the company is doing the same, emphasizing the production of lower-carbon fuels.

Still, the company says that it will need all of its hydrocarbon reserves to meet global energy demands. Back in December, Craig Mackenzie, head of sustainability at the Scottish Widows Investment Partnership, advised that "the main risk" related to climate change for investors and pension funds was hydrocarbon investment.

As for Exxon's efficiency and emissions reduction efforts, one of the reports, Energy and Carbon—Managing the Risks, states that the huge corporation tries to ease its pressure on the grid by using 100 cogeneration units at more than 30 sites. The reports states that Exxon conserved 8.4 million metric tons of greenhouse gases between 2009 and 2012, compared to previous amounts.

The report also talks about its synthetic lubricants developed to improve vehicle engine efficiency, along with lighter-weight plastics the company developed to reduce vehicle weights to make them more efficient.

Still, the report goes on to applaud Exxon's standing as the largest producer of natural gas. While officials say that natural gas emits 60 percent less carbon dioxide than coal when used as a power source, it still, in fact, emits carbon dioxide, which won't help in the fight against climate change that Colton addressed in the company's statement.

The Fossil Free advocacy organization had a similar view.

"The reports have made it very clear that Exxon have no intention of adapting their business model whatsoever," Fossil Free wrote in a brief analysis of Exxon's announcement. "To stay within the 2 degrees celsius limit, 80 percent of the fossil fuel industries’ known carbon reserves need to remain unburnt. Yet, Exxon is spending $33 billion this year alone to discover and develop yet more carbon."

Exxon's reports were released on the same day that United Nation's Intergovernmental Panel on Climate Change issued a report suggesting that climate change could impact our food and water supply and lead to resource wars in the future.

"It’s wrong to profit from an industry that is wrecking our future and fiduciary duty must reflect that," the organization writes. "Institutional investors in particular must start to play an active stewardship role with the funds they are entrusted with.

"Investors need to pull their money out of high-carbon assets as quickly as possible."

In March, social responsibility investment firm Arjuna Capital filed a request for carbon risk reports through a partnership with shareholder responsibility advocacy group As You Sow. It marked the first time Exxon has ever agreed to such disclosure or received such a request.