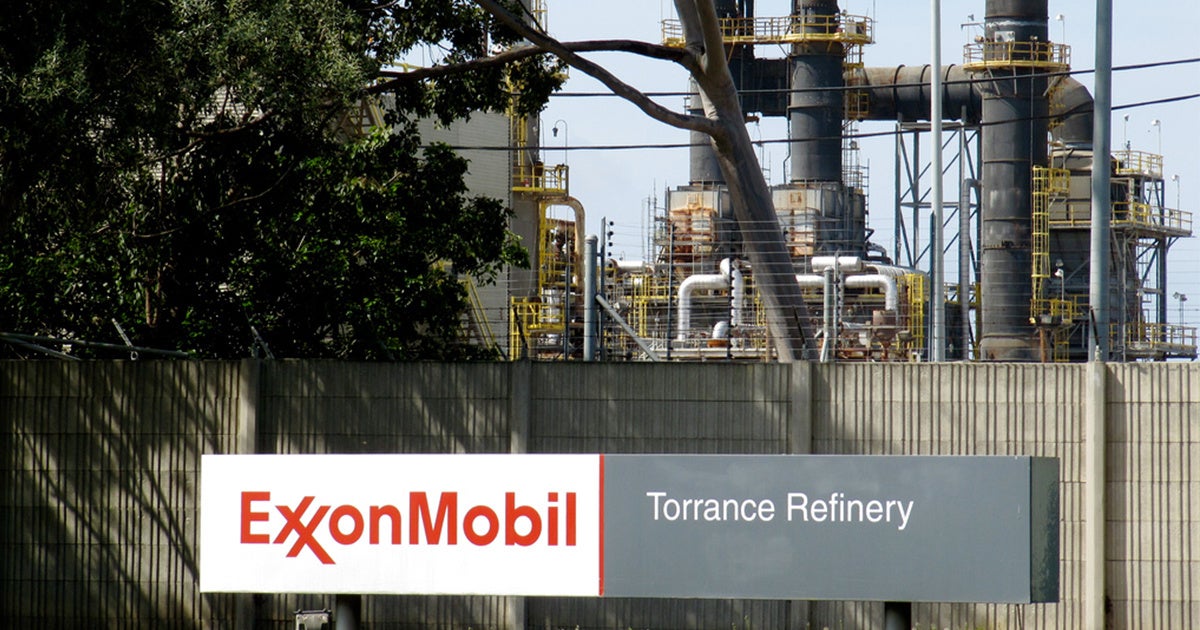 ExxonMobil could be the second company after Monsanto to lose lobbying access to members of European Parliament after it failed to turn up to a hearing Thursday concerning whether or not the oil giant knowingly spread false information about climate change.

The call to ban the company was submitted by Green Member of European Parliament (MEP) Molly Scott Cato and should be decided in a vote in late April, The Guardian reported.

“This is the company that denied the science, despite knowing the damage their oil exploitation was causing; which funded campaigns to block action on climate and now refuses to face up to its environmental crimes by attending today’s hearing,” Cato said in a statement released Thursday. “We cannot allow the lobbyists from such corporations free access to the corridors of the European parliament. We must remove their badges immediately.”

The only other company to be denied lobby access to MEPs is Monsanto, which was banned for similar reasons in 2017 after it failed to turn up to a hearing on whether it had improperly influenced studies on the safety of glyphosate, the active ingredient in its Roundup weedkiller.

ExxonMobil contended it could not attend the hearing because of ongoing climate litigation in the U.S. It was concerned that any comments made at the hearing “could prejudice those pending proceedings,” according to a letter obtained by AFP.

Evidence presented at the hearing Thursday suggested that ExxonMobil had known since 1959 that global warming caused by the burning of fossil fuels “was sufficient to melt the ice cap and submerge New York,” Harvard University researcher Geoffrey Supran told AFP.

Supran presented the findings of a peer-reviewed study he had co-authored looking at almost 200 company documents over a period of decades. Four-fifths of internal documents acknowledged the science behind climate change, while a similar percentage of paid newspaper editorials in the U.S. cast doubt on that same science.

Exxon challenged us to "read all the documents". We did. Here's what we found using peer-reviewed content analysis: https://t.co/XYCDtCUl8m pic.twitter.com/n0xv2OZXFL

“It is the overwhelming consensus of experts studying the history of fossil fuel funding that companies, including ExxonMobil, have orchestrated, funded and perpetuated climate misinformation to mislead the public and politicians, and stifle action,” Supran said, as reported in The Guardian. “Unfortunately, they largely succeeded.”

ExxonMobil continues to deny charges that it spread climate denial.

“We reject the false allegation that ExxonMobil suppressed scientific research on climate change. News reports that claim we reached definitive conclusions about the science of climate change decades before the world’s experts are simply not accurate and have long since been debunked,” the company wrote in a statement provided to The Guardian.

However, another study released Friday suggests that ExxonMobil’s climate denialism isn’t just a matter of history. The InfluenceMap report found that the five largest publicly traded oil and gas companies, including ExxonMobil, had invested more than billion of shareholder funds on misleading climate-related lobbying and branding in the three years since the Paris agreement.

During that three year period, ExxonMobil, Royal Dutch Shell, Chevron, BP and Total invested 0 billion in new fossil fuel production while they are projected to spend only .6 billion on climate friendly alternatives such as renewable energy. Meanwhile, they spent 5 million a year to market themselves as green leaders and 0 million a year to lobby on climate policy, the Huffington Post reported. Those lobbying efforts included the spending blitz by BP and Chevron that helped defeat a carbon tax in Washington State during the 2018 midterm elections, The Guardian reported.

“Oil majors’ climate branding sounds increasingly hollow and their credibility is on the line,” report author Edward Collins told The Guardian. “They publicly support climate action while lobbying against binding policy. They advocate low-carbon solutions but such investments are dwarfed by spending on expanding their fossil fuel business.” 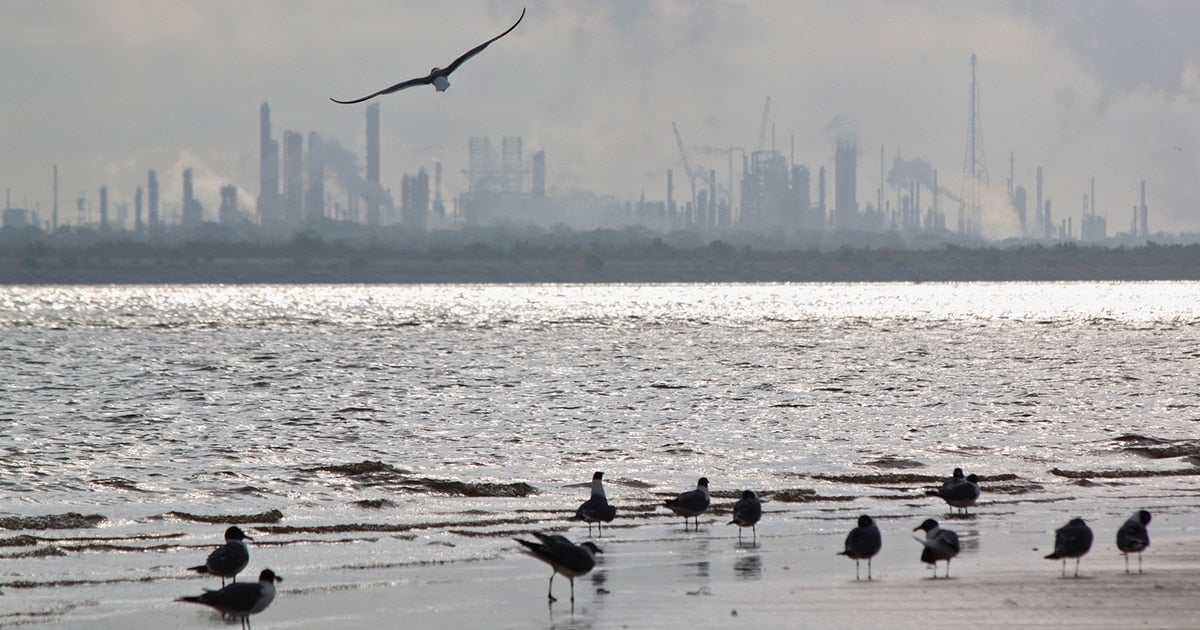 Shorebirds on a sandy beach looking across the Houston Ship Channel to the ExxonMobil Refinery in Baytown, Texas.