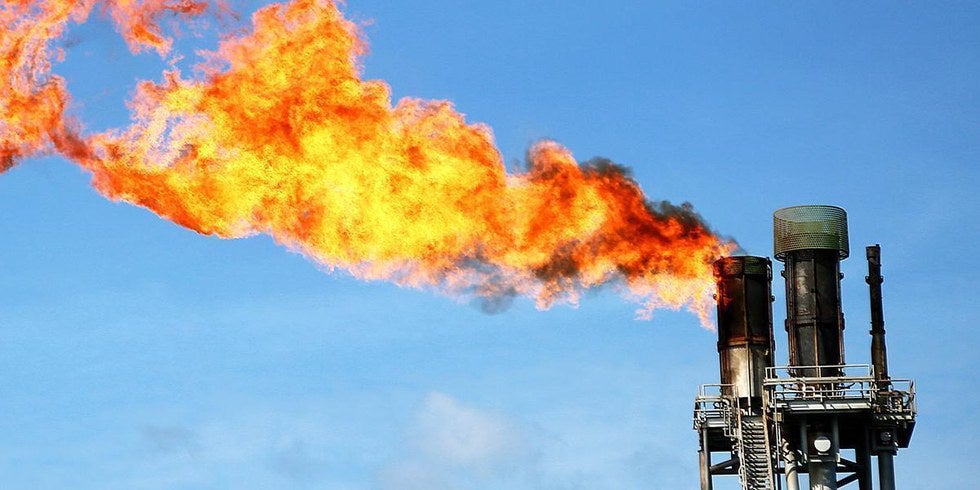 For many years, a standard talking point from the fossil fuel industry and those who speak on the industry’s behalf has been that natural gas is a cleaner alternative to conventional energy sources like coal and oil. This talking point is at least partially responsible for many people—including former President Barack Obama and his Secretary of Energy Ernest Moniz—believing that natural gas can act as a “bridge fuel” in the eventual shift from coal and oil to renewable sources of energy.

But the truth is a lot more complicated than a talking point, something which a Dutch advertising watchdog has recognized as it takes two fossil fuel companies to task over misleading ads about natural gas being the “cleanest of all fossil fuels.”

At first glance, natural gas does appear to be “cleaner” due to the simple fact that it does not release as much carbon dioxide (CO2) when burned as coal. However, when you account for the release of methane (a much more potent but shorter-lived greenhouse gas) from burning natural gas—a number which is frequently underreported—its climate impact goes through the roof, revealing a fuel source roughly equal in total emissions to other fossil fuel sources.

To complicate the issue further, when natural gas is extracted via the horizontal drilling method known as hydraulic fracturing, or “fracking,” the overall environmental impact can actually exceed that of fuel sources such as coal and oil.

When all of these factors are taken into account, it becomes clear that natural gas is not the wonder fuel that the industry and its cheerleaders would have us believe.

The big question then becomes how should society handle this kind of spin and misinformation from industry? In Europe, they’ve decided to censure the dirty energy companies that are trying to convince the public that natural gas is a cleaner alternative to coal and oil.

According to reports, an advertising standards board in the Netherlands will formally censure Exxon and Shell, as part-owners of a Dutch petroleum company, for advertising the claim that natural gas is “the cleanest of all fossil fuels.” The ad campaign featuring this claim ran earlier this year. Just two months ago, the agency also admonished Statoil for making the claim that natural gas was a “low emissions fuel” and for calling it “clean energy.”

As The Guardian reported:

“The Dutch watchdog waived punitive action against the NAM company, which is part-owned by Shell and Exxon, in that light.

Paul de Clerk of Friends of the Earth Europe, which co-filed the complaint with Milieudefensie, said: ‘This clear ruling by the advertisement standards board is of great importance. Time after time we see how oil and gas companies are misleading citizens and politicians.

‘They want us to believe that gas is clean and they support the transition to renewable energy. Behind the screens we see how the same companies lobby against this transition. To prevent catastrophic climate change we need to end the dependency on all fossil fuels—including gas.'”

While the move by the Dutch advertising watchdog is a great step forward, the U.S. is still embracing the backwards policy of believing that natural gas is the fuel of the future, with the Trump administration pushing world leaders at a recent G20 meeting to buy American natural gas by calling it “clean technology” and insinuating it’s a more stable source than Russian gas.

The Dutch regulators understand that natural gas is not clean, it is not revolutionary, and it certainly is not a “bridge fuel.” If anything, the constant claims that natural gas could be cleaner are helping to prevent areas of the world from making the switch to renewable sources of energy, even as that sector continues to show phenomenal growth.