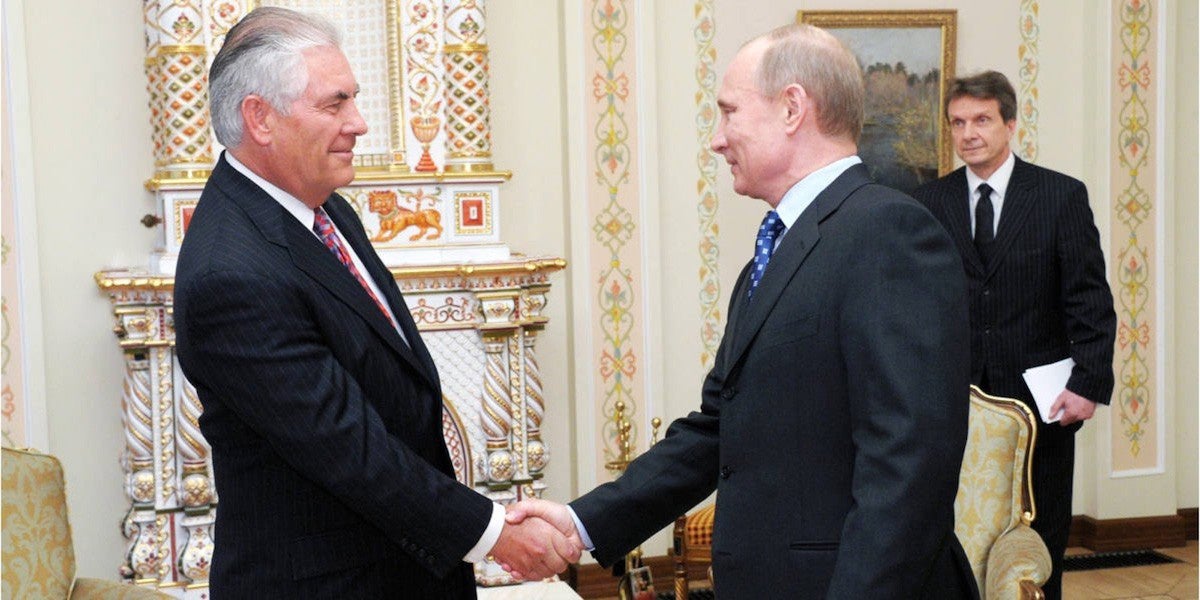 ExxonMobil, Chevron and other oil bigwigs have spoken out against legislation that would establish tough, new sanctions against Russia for meddling in the 2016 election.

The U.S. oil giants worry that the bill, which overwhelmingly passed the Senate 98-2 last month, could shut down oil and gas projects around the world that involve Russian partners, according to Market Watch.

The companies have been contacting lawmakers about how the bill could “disadvantage U.S. companies compared to our non-U.S. counterparts,” the Wall Street Journal reported.

“This has far-reaching impacts to a variety of companies and industries,” Jack Gerard, American Petroleum Institute CEO, commented to the Journal. “It has the potential to penalize U.S. interests and advantage Russia.”

The bill is currently stalled in the House but the Trump administration is reportedly lobbying House Republicans to weaken the bill as it also sets up a Congressional review process if President Trump wants to remove or ease the sanctions.

“I think our main concern overall with sanctions is how will the Congress craft them, and any potential erosion of the executive branch’s authority to implement them,” press secretary Sean Spicer said last week.

“I would urge Congress to ensure any legislation allows the president to have the flexibility to adjust sanctions to meet the needs of what is always an evolving diplomatic situation,” the former Exxon CEO said in June.

In 2012, Tillerson spearheaded a multi-billion dollar exploration and drilling deal with Russia-owned Rosneft. But the venture has largely stalled over sanctions imposed in 2014 against Russia over its annexation of Ukraine.

Tillerson has promised to recuse himself with issues related to his former company, but Exxon’s opposition to the sanctions bill raises more conflict-of-interest issues swamping the Trump administration.