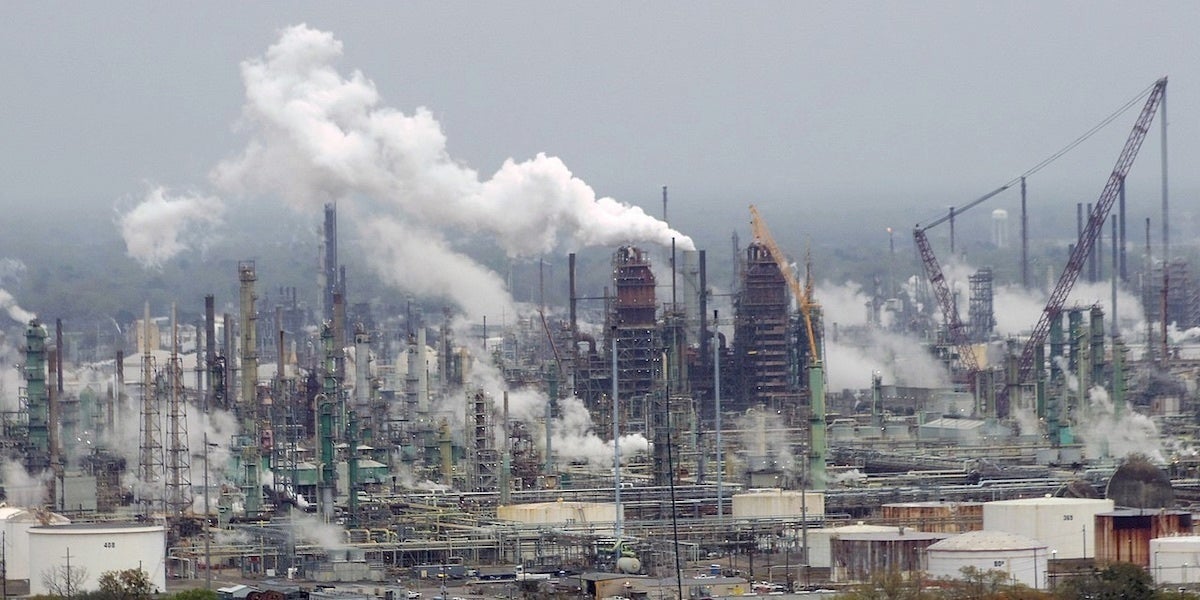 The world’s largest oil company is being pressured by major shareholders to take action on
climate change.

Institutional investors with an estimated $1.9 trillion under management, led by the
New York State Common Retirement Fund (NYSCRF) and the Church Commissioners of England (CCE), filed a shareholder resolution calling on ExxonMobil to set targets for lowering its greenhouse gas emissions, covering emissions from both its operations and the use of its products.

The NYSCRF is the third largest public pension fund in the U.S., with assets of $207.4 billion as of March 31, and the Church of England’s investment fund manages investable assets of some £8.3 billion ($10.5 billion),
according to the comptroller’s office.

Their move—made a day after the
critical COP24 climate summit in Poland wrapped up—is similar to the direct shareholder pressure applied to Royal Dutch Shell. After some hard resistance, Shell became the first energy giant earlier this month to set short-term greenhouse gas reduction targets, linking them to executive pay.

In a
press release on Sunday, NYSCRF and CCE called on Exxon to disclose short, medium and long-term targets for greenhouse gases. The goals align with the Paris agreement to limit global temperature rise to below 2°C and to pursue efforts to limit increases to 1.5°C.

“ExxonMobil’s lack of greenhouse gas emissions reduction targets puts it at odds with its industry peers that have taken such steps,” said New York State Comptroller Thomas DiNapoli, who heads the state’s retirement fund, in the press release. “The world is transitioning to a lower carbon future and Exxon needs to demonstrate its ability to adapt or risk its bottom line along with investors’ confidence.”

The resolution is expected to be considered at ExxonMobil’s annual shareholder meeting in the spring of 2019.

“We want to see ExxonMobil develop a clear strategy for long-term sustainability,” the CCE’s head of responsible investment, Edward Mason, also said in the press release. “Our request would bring Exxon in line with its biggest European peer, Shell, and we believe the board can and should support it.”

“Global investors are increasingly calling on the companies that they own to demonstrate that they are prepared for a carbon-constrained future,” said Andrew Logan of the nonprofit Ceres, one of Climate Action 100+’s founding partners, in the press release. “Setting ambitious goals consistent with the Paris agreement to reduce heat-trapping greenhouse gas emissions—and taking concrete steps to actualize those goals—would be a sign to investors that Exxon is taking this issue seriously.”

In October, New York Attorney General Barbara Underwood filed a lawsuit against Exxon alleging the company defrauded shareholders and downplayed the risk of climate change to its business.

In response to the NYSCRF and CCE resolution, the climate action group 350.org—one of the leaders of the ongoing fossil fuel divestment movement—urged DiNapoli to stop negotiating with Exxon and to formally cut ties with the company.

“As long as he invests New Yorker’s money into rogue oil corporations like ExxonMobil, Comptroller Tom DiNapoli dangerously remains inertia’s avatar on climate,” said Betámia Coronel, New Yorker and organizer with 350.org in a statement provided to EcoWatch. “UN reports warn that we must rapidly transform our economy to 100 percent renewable energy and keep fossil fuels in the ground, yet DiNapoli touts ‘talking to Exxon’ while failing to reduce the state pension fund’s climate footprint. Tom DiNapoli is failing New Yorkers and his fiduciary duty until he divests from all fossil fuels.”

A recent report by 350.org co-founder Bill McKibben revealed that more than 1,000 institutions around the world representing nearly $8 trillion in assets have committed to divest from carbon-intensive companies.