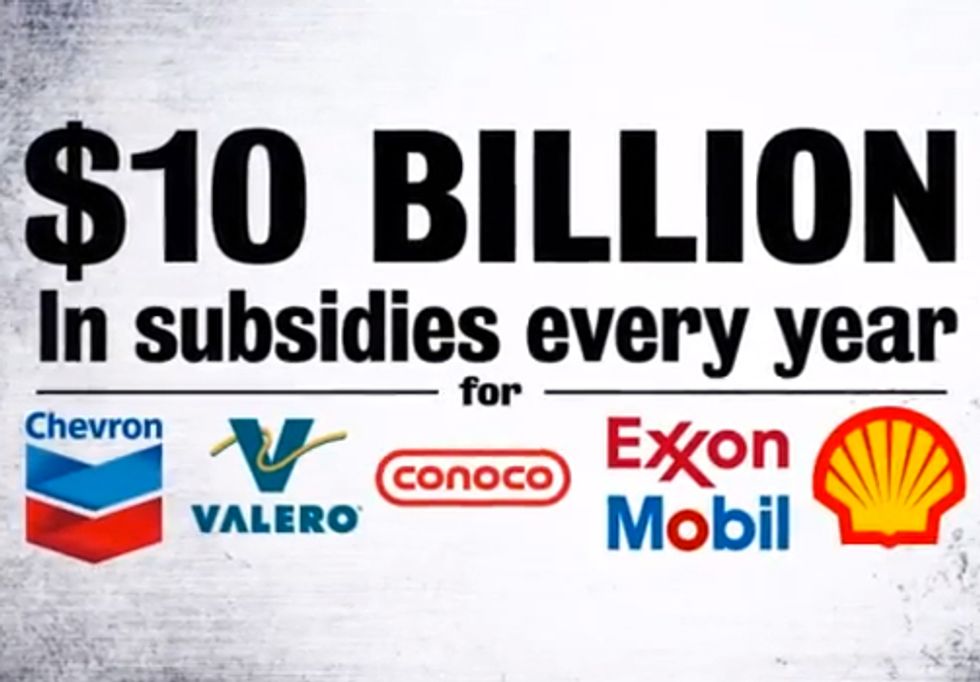 As Congress debates what actions to take to avoid the so-called “fiscal cliff” perhaps no programs are less worthy of government support than those which subsidize Big Oil, Gas and Coal. Read on to understand:

Imagine if your government gave a company a sweet deal to build your local playground. Then, that company dumped toxic waste underneath where your kids play everyday, just because it was the most profitable thing for them to do.

That company is Exxon, the playground is our planet, and the sweet deal they get is by way of massive government handouts. But Exxon is not alone; their competitors and industry friends in the fossil fuel game are all running their businesses in a way that is ruining our children’s futures.

In short, if you judge Exxon and other fossil fuel companies not by the words on their press releases, but by their actions and predictable consequences, Exxon really must hate your children. The facts speak for themselves.

So, to Exxon, your children’s safe futures stand in the way of their massive profits. They peddle influence, throw their money around and lobby their way to more subsidies, more obscene profits … and a more dangerous future for the rest of us.

Exxon, and all other oil, gas and coal companies, talk a good game. Their slick ads—which they have the money to place almost everywhere thanks to record profits supplemented by government handouts—promise jobs, prosperity, energy security and a brighter future. Unfortunately, the only promise that they are likely to deliver on is the promise of profits—which won’t matter for your children, who will have to pay the price.

This is not a problem we will solve overnight. To start though, we can demand that Exxon, and all other oil companies, stop using our money to fund climate destruction.