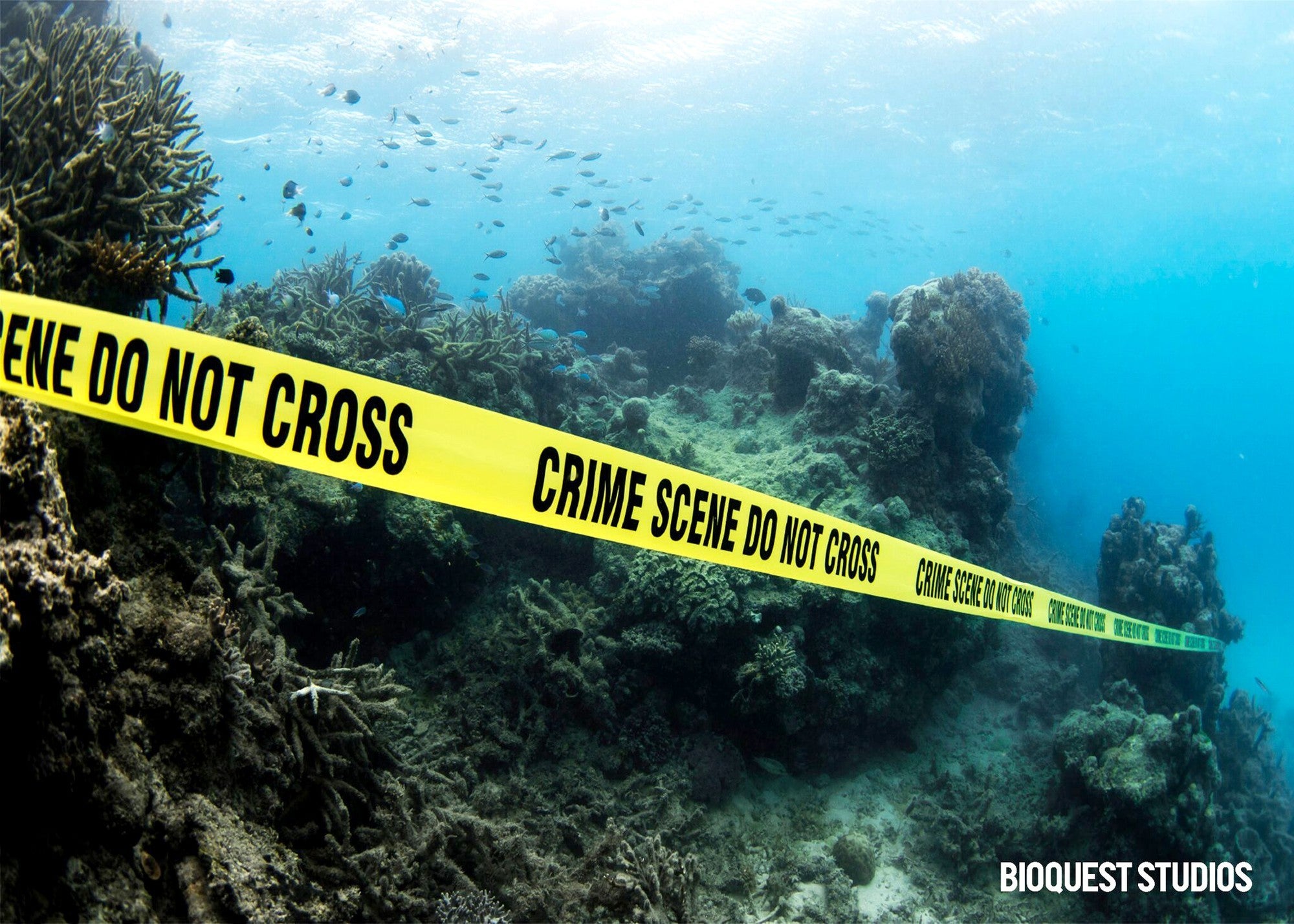 Divers from coastal communities around the world wrapped crime-scene tape around dead
coral reefs during a series of underwater dives to highlight the catastrophic damage to this valuable ecosystem and the culpability of the fossil fuel industry for its loss. A series of underwater photographs collected from Samoa, the Australian Great Barrier Reef and the Andaman Islands was released Wednesday to showcase the impacts of the worst mass coral bleaching in recorded history and how it is one of the consequences of the reckless behavior of Exxon and fossil fuel companies hindering global climate action.

Recent
research confirms that the above-average sea temperatures causing this bleaching across 38 countries are the result of human-induced global climate change, rather than from local pollution as was previously argued and the fossil-fuel industry is the main culprit behind these impacts. Since the past century, companies like Exxon chose to ignore the warnings of their own scientists and instead have been pouring resources to actively deceive the public by funding climate denial groups, recommending against climate shareholder resolutions and obstructing climate action.

What were once bright colorful coral reefs full of life have turned bleached white then murky brown as they’ve died and become covered in algae. In places like the Great Barrier Reef
up to 50 percent of previously healthy reef has been bleached and killed. In North America, the National Oceanic and Atmospheric Administration (NOAA) is forecasting that Guam, the Commonwealth of the Northern Mariana Islands, eastern Micronesia and Hainan Island (China) are likely to have the worst bleaching in the coming months, as well as some bleaching going on in Hawaii and various parts of the Caribbean.

The event started in 2014 with bleaching from the western Pacific to Florida. In 2015 the event went fully global but mostly through the impacts of global warming as much of the bleaching occurred before the 2015-16 El Niño developed. Reefs support approximately 25 percent of all marine species, so a massive coral die-off may risk the livelihoods of
500 million people and goods and services worth $375 billion each year.