Exxon Ordered to Fork Over 40 Years of Climate Research 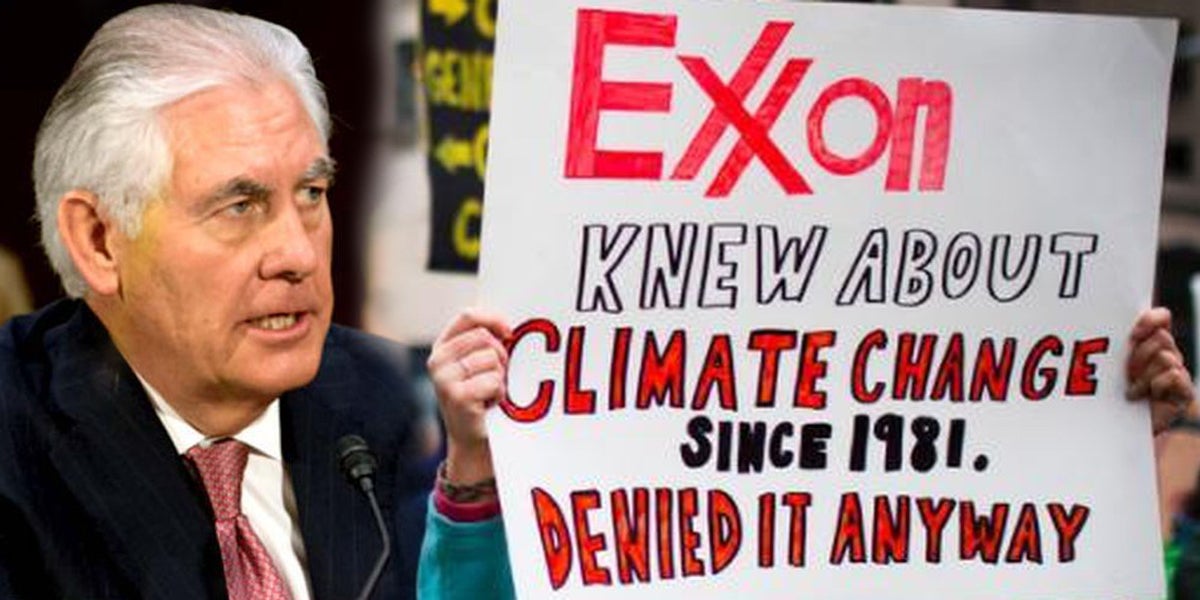 ExxonMobil was dealt a major blow on Wednesday after a Massachusetts judge ordered the company to hand in more than 40 years of climate research.

“This affirms our authority to investigate fraud,” Healey tweeted after the decision. “ExxonMobil must come clean about what it knew about climate change.”

Exxon spokesman Alan Jeffers told Reuters the company was “reviewing the decision to determine next steps.”

In June, the company filed a lawsuit at a federal court in Texas to block Healey’s investigation. However, a Texas judge later ruled that the court had no jurisdiction over an investigation in Massachusetts.

Exxon is cooperating with New York Attorney General Eric Schneiderman’s own subpoena and has already turned over thousands of pages of documents.

Healey and Schneiderman are among 20 state attorneys general who have launched an unprecedented investigation into whether “Exxon knew” about man-made climate change for several decades but disseminated false information to shareholders and the public in order to boost profits.

In April, DeSmog uncovered Exxon corporate documents from the late 1970s stating unequivocally “there is no doubt” that CO2 from the burning of of fossil fuels was a growing “problem” well understood within the company. Despite having this information, multiple reports have surfaced over the company’s efforts to lobby the government against emissions regulations and funding of climate change denial.

The ruling is not just a huge win for Healy, it also raises significant questions over the country’s next presumptive secretary of state. On the same day of the court’s decision, former Exxon CEO Rex Tillerson faced off with the U.S. Senate over his nomination as Donald Trump’s top foreign affairs adviser.

Tillerson Called Out for 'Lying About Climate' During Confirmation Hearing https://t.co/lGjkENGlL9 @OpenSecretsDC @DeSmogBlog

At one point during the rocky all-day hearing, Sen. Tim Kaine of Virginia asked Tillerson, “Are these conclusions about ExxonMobil’s history of promoting and funding climate science denial, despite its internal awareness of the reality of climate change during your tenure with the company, true or false?”

Tillerson, despite working for half of his 42 years at Exxon as an executive, said he could not answer the question since he no longer worked for the company.

Tillerson again did not answer.

“Do you lack the knowledge to answer my question, or are you refusing to do so?” Kaine asked.

Tillerson finally responded, “A little of both.”

Oil Change International campaigns director David Turnbull told EcoWatch that “the prospect of a sitting secretary of state becoming entangled in a lawsuit for his role in misleading the public about climate change is as real as it is alarming.”

“Tillerson should stop the evasiveness and make all of the documents it provided to New York attorney general Eric Schneiderman public, so we have a full account of his role in Exxon’s disinformation campaign,” Turnbull added. “Anything short of that will leave questions looming that evidence suggests may only be later answered in court.”

“Rex Tillerson may be trying to make his getaway, but it’s good to see that the courts may yet hold Exxon responsible for the damage it’s done to this planet and to our democracy,” McKibben said. “It was astonishing to watch Tillerson dodge and weave, almost as if he hadn’t spent his entire career at ExxonMobil. Apparently, alongside the climate damage it causes, longterm exposure to Big Oil impairs your memory.”