ExxonMobil’s Support for a Carbon Tax Is a Sham 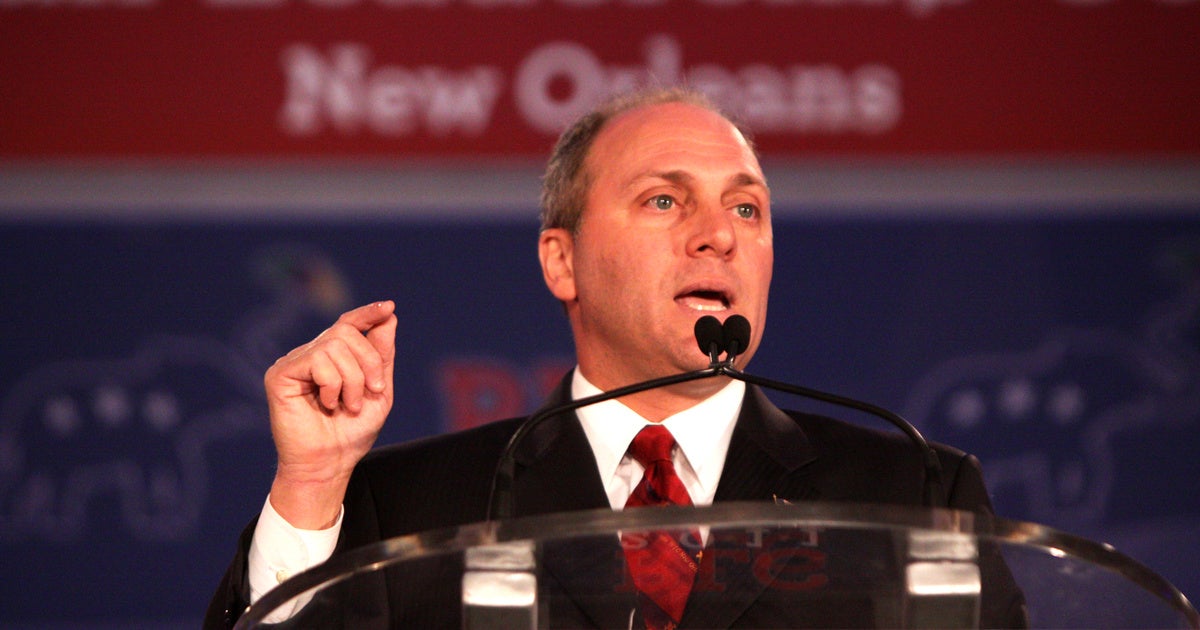 Rep. Steve Scalise and other ExxonMobil-funded House members routinely vote against a carbon tax despite the company's avowed support for one. Gage Skidmore / Flickr

ExxonMobil executives just had another opportunity to convince skeptics that their support for a carbon tax is genuine.

On July 23, Florida Rep. Carlos Curbelo introduced a bill that would place a $24 per ton tax on carbon emissions and dedicate 70 percent of the revenue to rebuilding U.S. infrastructure.

ExxonMobil’s reaction? “We appreciate Rep. Curbelo’s effort to help generate a constructive discussion on this important issue” was all a company spokesman was willing to say.

ExxonMobil’s reluctance to seriously engage, however, should not come as a surprise.

Yes, the company has consistently paid lip service to a carbon tax since 2009. And yes, it is a founding member of the Climate Leadership Council—which supports a $40 per ton carbon tax—and it recently endorsed Americans for Carbon Dividends, a new bipartisan lobby group promoting a carbon tax that would return revenues to taxpayers.

But more telling is the fact that the oil giant has never publicly supported a carbon tax bill and consistently funds members of Congress who oppose a carbon tax.

How does that square with the company’s avowed position?

Curbelo’s bill is hardly the first carbon tax legislation that ExxonMobil has snubbed. When California Rep. Ted Lieu asked ExxonMobil lobbyists to support a carbon tax bill in 2015, they refused. And when Sens. Sheldon Whitehouse of Rhode Island and Brian Schatz of Hawaii introduced the “American Opportunity Carbon Fee Act” in 2016, the company would not endorse their bill or lobby on its behalf.

“Regarding ExxonMobil’s alleged seven years of support for a carbon fee, we’ve seen no meaningful evidence of that,” the senators wrote in a letter they sent to the company in August 2016. “None of the top executives that make up ExxonMobil’s management team has expressed interest in meeting with any of us to discuss the Whitehouse-Schatz proposal or any carbon fee legislation.”

Besides ExxonMobil’s unwillingness to support actual legislation, it rewards members of Congress who oppose a carbon tax by consistently funding their reelection campaigns.

The most recent example of ExxonMobil’s upside-down funding priorities was a nonbinding carbon tax resolution in the House, which stated that such a tax would be “detrimental” to the U.S. economy. The measure, which Majority Whip Steve Scalise sponsored just days before Curbelo introduced his carbon tax bill, passed by a 229 to 180 vote, and a majority of ExxonMobil-funded lawmakers lined up in favor of it. All told, 78 percent of the 174 House members who have received ExxonMobil campaign contributions since 2013 voted for the resolution.

Scalise has introduced similarly worded measures before—with similar results. In March 2013, 156 House members cosponsored his resolution stating that “a carbon tax … is not in the best interest of the United States.” Ninety-three percent of the cosponsors, including Scalise, were funded by ExxonMobil. Three years later, the House passed a Scalise resolution with the same wording as the one earlier this month. Eighty-five percent of the 237 House members who voted for the resolution received ExxonMobil funding since 2013. The day before that vote, a reporter asked an ExxonMobil spokesman for the company’s opinion. Given its supposed support for a carbon tax, surely it would encourage the House to vote no. His response? “We’re not commenting on the resolution.”

Most of ExxonMobil’s beneficiaries in the Senate also oppose a carbon tax. In March 2013, for example, Whitehouse offered a budget resolution amendment that would ensure that “all revenue from a fee on carbon pollution is returned to the American people.” That’s exactly what ExxonMobil claims to support: a revenue-neutral carbon tax. Regardless, 39 of the 48 senators on the floor that day who had received contributions from ExxonMobil between 2010 and 2014 opposed the amendment, which was defeated by a 58 to 41 vote. Two years later, the Senate voted 58 to 42 in favor of a budget resolution amendment introduced by Missouri Sen. Roy Blunt prohibiting a carbon tax. Thirty of the 40 senators who received ExxonMobil campaign contributions, including Blunt, voted in favor of the amendment.

A few years ago, a top ExxonMobil official claimed that since 2009, his company had been vigorously promoting a carbon tax with federal lawmakers as the most viable way to curb carbon emissions. “ExxonMobil executives,” he wrote, “have echoed that message in countless private briefings with members of Congress on carbon tax policy options.”

Since 2009, ExxonMobil has spent nearly $130 million on its Washington lobbying operation—more than any other oil and gas company—and another $9.6 million on federal campaigns. The $130-million question: What have ExxonMobil executives been saying during those countless private briefings?

To be sure, ExxonMobil is not the only fossil fuel company plying the halls of Congress, and Koch Industries and Murray Energy are definitely not trying to sell a carbon tax to anyone, so perhaps ExxonMobil lobbyists—no matter how hard they try—are overmatched. That said, the voting record compiled by ExxonMobil-funded lawmakers, the company’s refusal to back a bona fide carbon tax bill, and the fact that it continues to finance a climate disinformation campaign all suggest that the company is deliberately misleading the public while it sabotages federal efforts to address climate change.