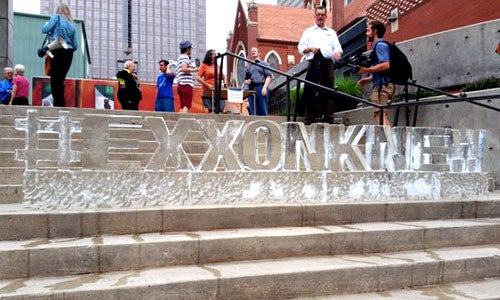 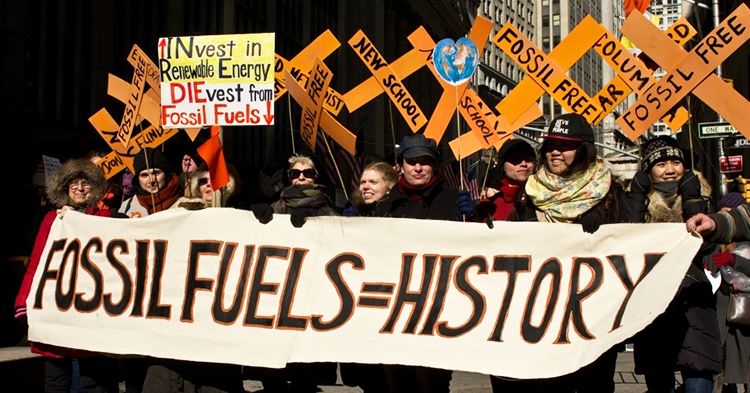 The rejection of all climate resolutions reaffirms that financially prudent investors must cut ties from Exxon and divest from the rogue corporation. Photo credit: 350.org / Flickr

Recent groundbreaking investigations revealed that Exxon knew all that there was to know about climate change for at least half a century and chose to pour resources into sowing deep doubt and deception among the public instead of urging action. This latest refusal to act, even through non-binding resolutions, reaffirms that Exxon will never shift its business model to curb the most devastating impacts of climate change.

“The recommendation by Exxon’s board to outright reject every single climate resolution from shareholders sends an incontestable signal to investors: it’s due time to divest from Exxon’s deception,” May Boeve, executive director of 350.org, said. “Exxon knew everything there was to know about climate change decades ago and chose to sow doubt instead of warning the rest of us. Today’s results reaffirm that Exxon will never turn from its deceptive and destructive ways.”

A week after we got a letter from Congress about #ExxonKnew, we're at their shareholder meeting. We won't back down. pic.twitter.com/jjwHQmpQL7

Key resolutions were proposed by New York State’s comptroller Thomas DiNapoli, CalPERS, the Church of England and more. Wednesday’s results mimic the rejection of more than 60 proposed shareholder resolutions to address climate change over the past two decades. When the New York State’s shareholder resolution was introduced after the Paris climate accord, Exxon attempted to prevent it from coming to a vote. However, the U.S. Securities and Exchange Commission ruled that Exxon must allow the vote to move forward.

Just outside of the meeting, activists rallied to urge responsible investors to shift their investments away from this company whose executives actively buried the biggest crisis of our time and whose business model flagrantly violates our international climate commitment. During the Paris climate talks, 350.org announced that more than 500 institutions representing more than $3.4 trillion in managed assets have committed to some level of fossil fuel divestment.

The call to divest from Exxon has grown immensely since the news of their deception broke last fall. The Rockefeller Family Fund recently divested from Exxon, referring to the company’s actions as “morally reprehensible.” Vermont Gov. Peter Shumlin and California Reps. Ted Lieu and Mark DeSaulnier, have also called for their respective state’s pension funds to divest. Both states’ pension funds pushed for the passage of their climate resolution at today’s meeting and the rejection will only increase pressure for full divestment.

“Exxon and its allies in Congress are doing everything in their power to try to distract us from the fight for climate justice. The recommended rejection of shareholder’s climate resolutions today proved that the company’s executives are set on prioritizing profit and greed over our climate and communities,” Boeve said. “We won’t be distracted and we’re not backing down—we’re going to keep working to spread the word and keep pushing for divestment from the likes of Exxon.”