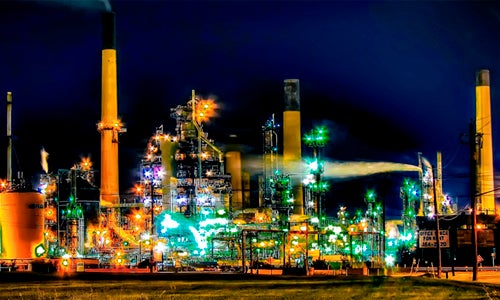 The dark channels through which corporations influence legislation are notoriously hard to trace, but a new detailed report estimates that the world’s largest fossil fuel companies are spending upwards of $500 million per year to obstruct climate laws. 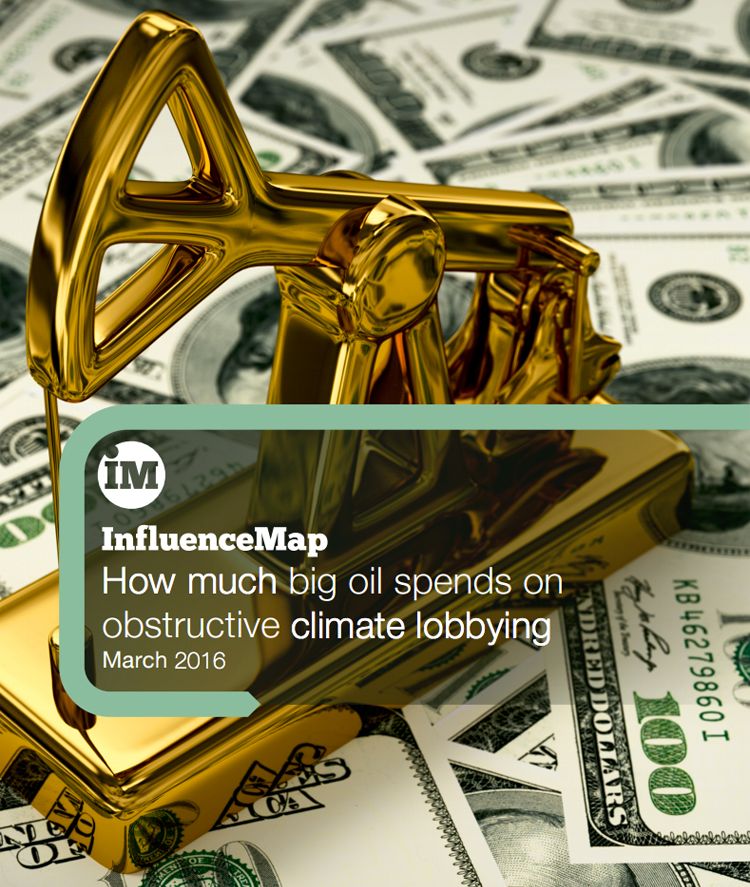 More significantly, InfluenceMap says, “Extrapolated over the entire fossil fuel and other industrial sectors beyond, it is not hard to consider that this obstructive climate policy lobbying spending may be in the order of $500m annually.”

“It’s remarkably useful to see exactly how much Exxon and its brethren are still spending to bend the climate debate,” responded Bill McKibben of 350.org in a statement. “There’s a shamelessness here that hopefully will be harder to maintain in the full light of day.” 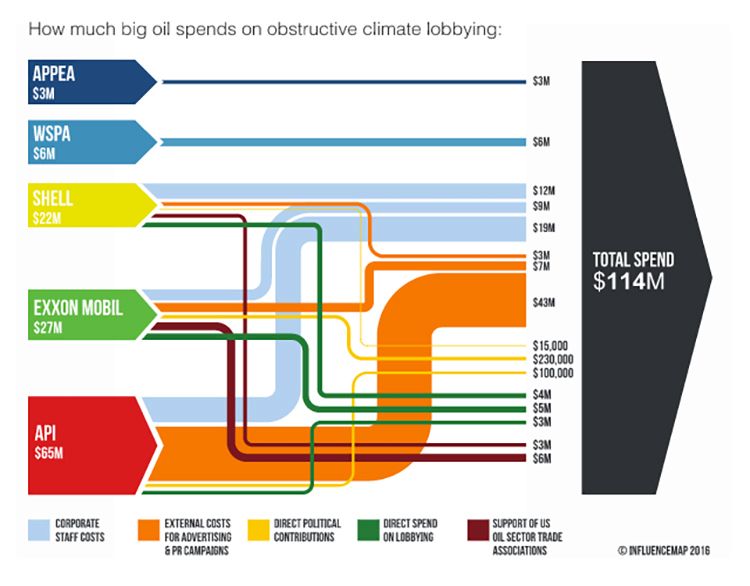 The group drew particular attention to the sinister lobbying group American Petroleum Institute (API), “one of the best funded and most consistently obstructive lobbying forces for climate policy in the United States,” as InfluenceMap notes:

“With a budget in excess of $200m, we estimate, through a forensic analysis of its IRS filings and careful study of its lobbying, PR, media and advertising activities, that around $65m of this is highly obstructive lobbying against ambitious climate policy. We estimate that ExxonMobil and Shell contribute $6m and $3m respectively to API’s obstructive spending of $65m. Its CEO Jack Gerard received annual compensation of just over $14m in 2013, probably one of the world’s highest paid lobbyists. In the run up to COP21 last year, he dismissed the Paris process as a ‘narrow political ideology.'”

InfluenceMap created the report to help concerned investors see how fossil fuel corporations were obstructing legislation to combat climate change. Since the #ExxonKnew scandal broke last year, such tactics have been under increased scrutiny from shareholders. “So far in 2016 alone,” the non-profit said, “there have been over 15 shareholder resolutions filed by investors in the U.S. with fossil fuel companies on the issue of influence over climate policy.”

In addition, the “sheer fuzziness of corporate influence prompted the project,” wrote Bloomberg. “Nations hold companies to different standards—or none at all—for disclosures of how they are trying to influence public policy and what it costs. ”

“To come up with its numbers, Influence Map first had to define what ‘influence’ actually means. The researchers adopted a framework spelled out in a 2013 UN report written to help companies align their climate change policies with their lobbying and communications strategies. It’s a broad approach to understanding influence that includes not only direct lobbying, but also advertising, marketing, public relations, political contributions, regulatory contacts and trade associations.”

Unfortunately, though, because of poor regulatory standards the “new report excludes so-called dark money or money spent on think tanks and institutes, as identified by Drexel University sociologist Robert Brulle in 2013,” Bloomberg said, because “the researchers were unable to determine how these groups are funded.” 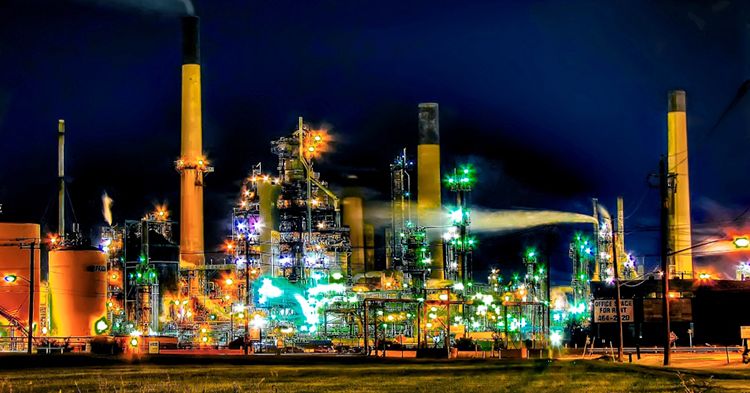 “Extrapolated over the entire fossil fuel and other industrial sectors beyond, it is not hard to consider that this obstructive climate policy lobbying spending may be in the order of $500m annually,” said the non-profit group attempting to track the path of Big Oil’s lobbying funds. Photo credit: Jeff S. PhotoArt / Flickr

“We now know that Exxon knew about climate change impacts for decades and kept the public in the dark while they lobbied to prevent meaningful action,” Vermont Gov. Peter Shumlin pointed out. “This report shows that while the world came together in Paris to embrace climate action in 2015, Exxon was doubling down with Big Tobacco tactics and obstruction. We cannot change this corporation by engaging with it, we must instead bring change from the outside by using economic pressure and divesting from Exxon.”