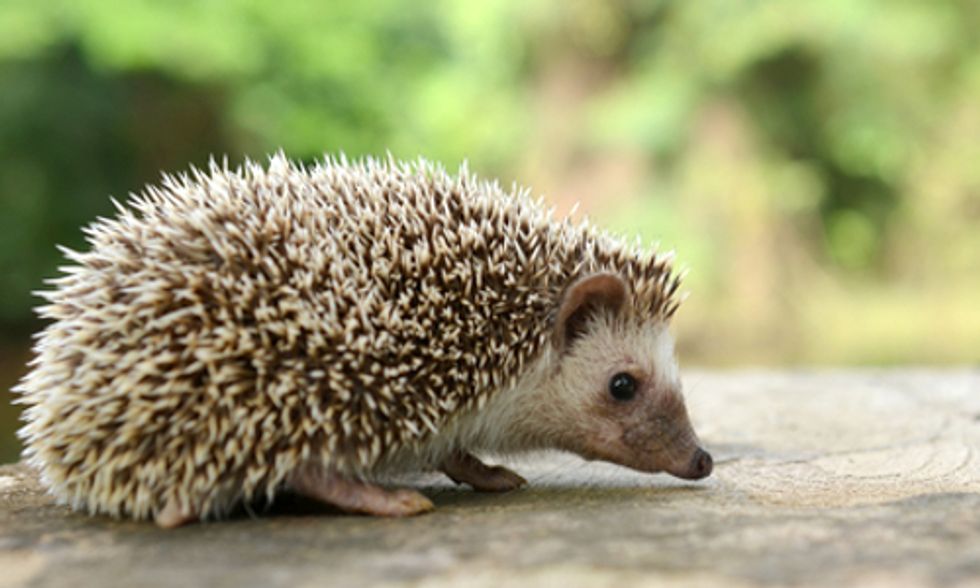 The hedgehog population has fallen by 25 percent in the past decade in England due to intensive farming in the countryside and, in the suburbs, more and more cars and paved-over spaces. This year's hedgehogs face another threat as many were born late, due to a wet summer and a warm October and may not have enough body fat to survive hibernation.

One of the hedgehogs rescued by the center had an ear infection. Photo credit: Selby Wildlife Rehabilitation

Baby hedgehogs begin to leave their nests at the tender age of five to six weeks old. Those that are born later in the season simply aren't able to consume enough insects—earthworms, slugs, ants, bees, flies, spiders—so they weigh at least 650 grams. Hedgehogs weighing less than 500 grams are unlikely to survive hibernation.

One rescue center in North Yorkshire has indeed reported a “surprise influx" of baby hedgehogs and ducklings and has been overwhelmed. Selby Wildlife Rehabilitation has found itself caring for 30 young hedgehogs, who require 70 cans of pet food each week, along together with dried meal worms and kitten biscuits. The younger ones will be kept indoors in cages and the older ones outside in a hedgehog house; those that make it through the winter will be released in the spring in a ratio of two females to one male.

Instead of being quiet as it is usually is in December, the Selby Center is busier than ever and has sent out an appeal for help. Its staff has been caring for a number of ducklings and a sparrowhawk who were found wandering amid Christmas shoppers.

As the center's director, Annette Pyrah, says, “Nature seems quite confused at the moment with ducks hatching baby ducklings in November and hedgehogs which should be in hibernation still wandering about despite freezing temperatures."

Hedgehogs Are an Indicator Species

As they forage on many common garden pests, hedgehogs play a vital role in keeping the insect population down. Ecologists aren't sure why their numbers have fallen so much. Some reasons listed include habitat loss and fragmentation due to the building of housing, the poor management of hedgerows and road traffic, which kills tens of thousands of hedgehogs a year. Extreme weather linked to climate change is also possibly a factor, as heavy rainfall can flood the homes of animals.

Hedgehogs are not in danger of becoming endangered but the decrease in their numbers is of concern as, says David Wembridge, who conducts surveys for the People's Trust for Endangered Species, says that, like butterflies, they are an “indicator" species for the health of the natural world.

“They're quite generalist, and feed on soil invertebrates, and they're not very fussy in habitat requirements, so if there is a big decline in hedgehogs, it raises concerns about the quality of the environment generally," Wembridge said.

Today there are fewer than one million hedgehogs left in the U.K. In the mid-1990s, there was an estimated 2 million in the mid-1990s and back in the 1950s, there were as many as 36 million.