From Record Warmth to Rare Snowfall, the U.S. Is in for an Extreme Weather Christmas 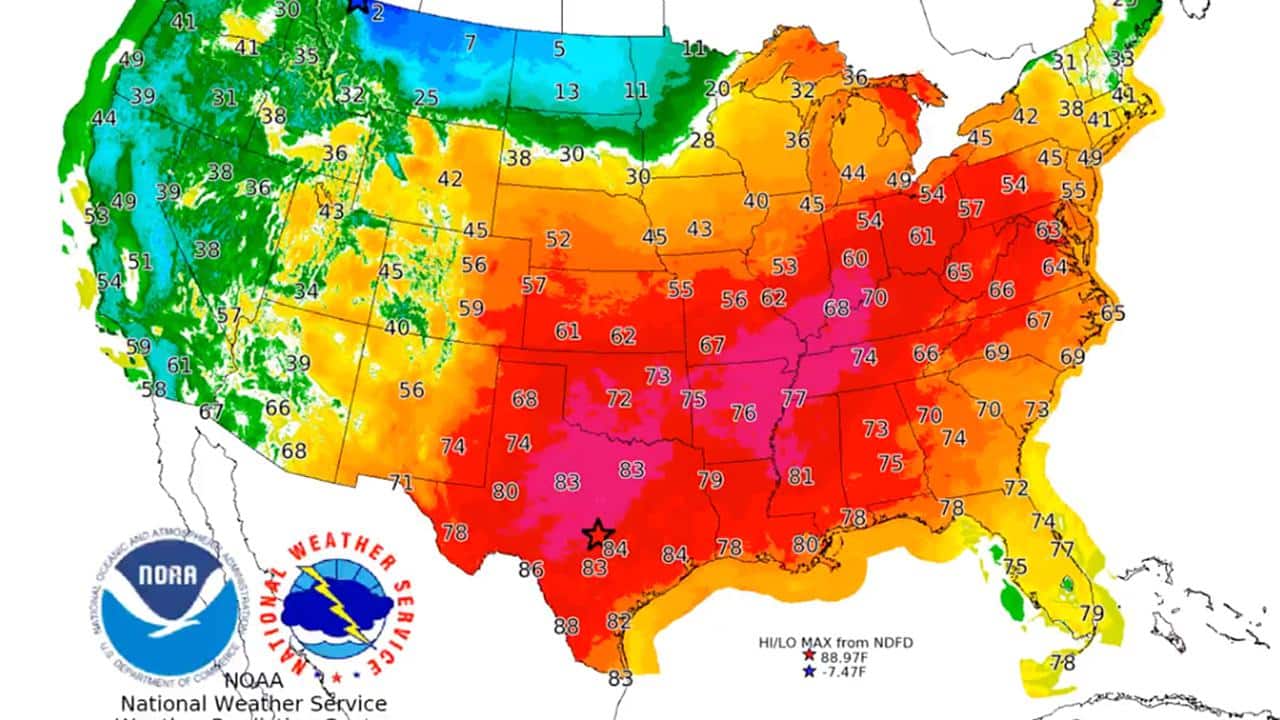 For many parts of the U.S., it looks like it’s going to be a Christmas of extreme weather.

While cities in the Pacific Northwest could see a rare white Christmas, parts of the south-central U.S. could break heat records.

The potential snow is thanks to an atmospheric river event predicted to drench the U.S. West this week, which could bring rain, snow and wind to parts of the Pacific Coast from Canada to Mexico, as CNN reported. A first storm Wednesday and Thursday was predicted to be warmer and bring snow only to the mountains, while a colder storm over the weekend could bring snow to cities like Portland and Seattle, which typically have a one to three percent chance of a white Christmas.

The National Weather Service (NWS) in Seattle said that low-lying elevations in Washington were most likely to see snow between Saturday and Sunday night.

Portland could see 1.7 to 4.4 inches of snow, also from Saturday to Sunday, NWS Seattle reported.

Otherwise, most of the snow this year will be in the mountains, with the Rockies, the Cascades and the Sierra Nevada all expected to get more powder, 5 News reported.

Other parts of the country will be in for the opposite extreme.

“In contrast to the West, those dreaming of a White Christmas throughout much of the South and East Central U.S. have to settle for spring-like temperatures this Christmas,” NWS said. “Daytime highs Christmas Eve from the Middle Mississippi Valley to West Texas are forecast to reach the 70s and 80s with some locations not only breaking daily record highs, but potentially challenging December record highs.”

Temperatures in the 70s and 80s are more typical of early-to-mid October in the south-central U.S., AccuWeather said.

For many of these states, a record-breaking Christmas could cap off a record-breaking December. In fact, this December could be the warmest-ever for Chicago; St. Louis and Kansas City, Missouri; Nashville and Memphis, Tennessee; Oklahoma City; Omaha, Nebraska; Des Moines, Iowa, Denver, Austin and San Antonio, Texas; and New Orleans and Shreveport, Louisiana.

This warm December weather is down to a bulge in the jet stream blocking cold air from Canada, as well as low soil moisture. However, the climate crisis has brought consistently warmer than average temperatures to the south-central U.S., The Independent reported.

New Orleans, Houston, and Atlanta last broke Christmas temperature records in 2015, while Dallas, Nashville and Oklahoma broke them in 2016. In general, Christmas snowfall has decreased across the U.S. since the 1980s.