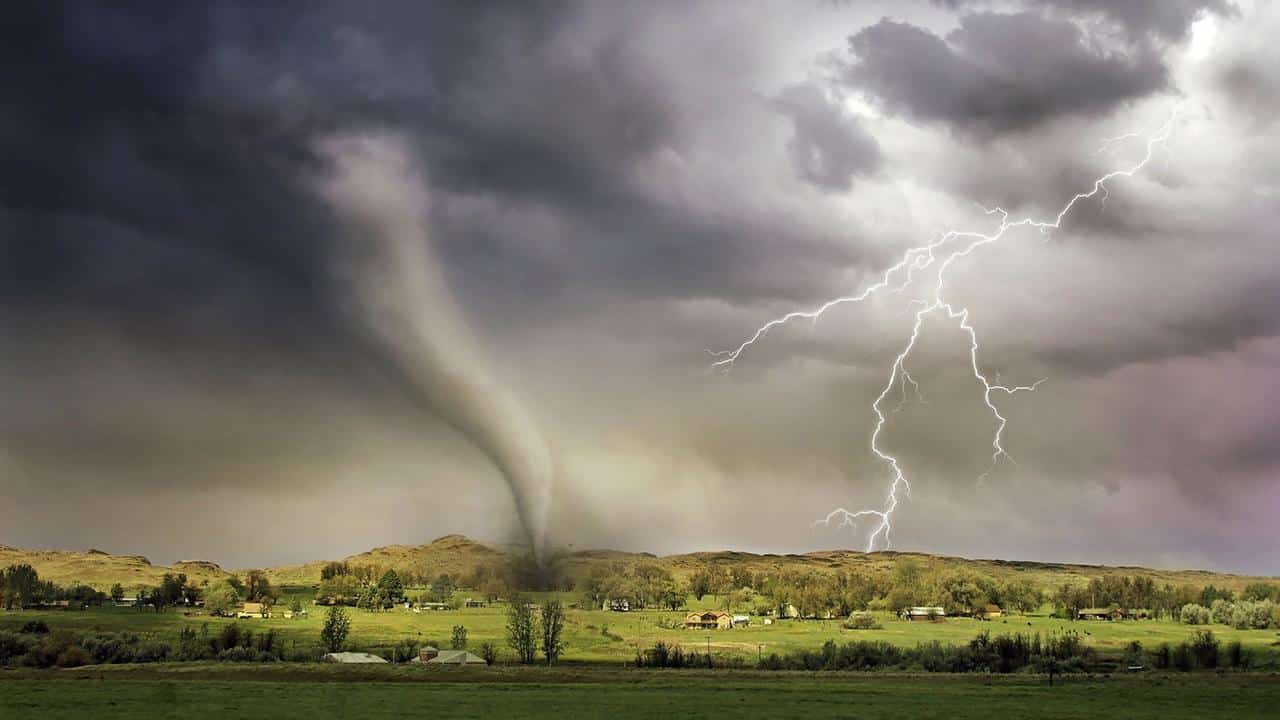 Springtime in the U.S. is frequently a season for thunderstorms, which can spawn tornadoes. These large storms are common in the South and Southeast in March and April, then shift toward the Plains states in May. Scientists have warned that 2021 could be an active tornado year, partly because of a La Niña climate pattern in the tropical Pacific Ocean. Past research has suggested that La Niña increases the frequency of tornadoes and hail by concentrating hot, humid air over Texas and other Southern states, which helps to promote storm formation.

These four articles from The Conversation’s archives explain how tornadoes form, why night tornadoes are more deadly, and how in rare cases thunderstorms can take a different but equally destructive form – a derecho. We also look at a neglected aspect of disaster response: disposing of massive quantities of waste.

An Enhanced risk for fast-moving severe storms, capable of producing several tornadoes (some strong), damaging gusts and large hail, is in place across portions of the Southeast for Wednesday, March 17th. The threat will start Wednesday morning and continue through the night. pic.twitter.com/L5wU52TIwQ

Most tornadoes are spawned by large, intense thunderstorms called supercell thunderstorms. The key ingredients are rising air that rotates, and wind shear – winds at different altitudes blowing at different speeds, and/or from different directions.

Forecasters can’t always predict when or where a tornado may form, but they are very good at identifying the conditions that have the potential to support strong tornadoes. As Penn State university meteorologists Paul Markowski and Yvette Richardson explain,

2. A Special Risk in the South: Night Tornadoes

Tornado strikes are bad news at any time, but especially when they occur at night. Night tornadoes are more than twice as likely to be fatal as daytime twisters, for several reasons: They are harder for storm spotters to see, people may sleep through alerts, and victims are more likely to be in vulnerable structures such as mobile homes at night.

Night tornadoes are more common in the South because of regional atmospheric conditions there. University of Tennessee geographer Kelsey Ellis and Middle Tennessee State University geoscientist Alisa Hass write that communication challenges are a serious problem in their state, where nearly half of tornadoes strike at night.

“Experts in Tennessee recommend having multiple methods for receiving warnings at night,” they note. “This strategy allows for backup options when power goes out, cellphones go down or other unforeseen circumstances occur.”

In rare instances, weather systems can generate organized lines of thunderstorms called derechos, from the Spanish word for “straight ahead.” For a storm to qualify as a derecho, it has to produce winds of 57.5 mph (26 meters per second) or greater. And those intense winds must extend over a path at least 250 miles (400 kilometers) long, with no more than three hours separating individual severe wind reports.

Most areas of the Central and eastern U.S. may experience a derecho once or twice a year on average. They occur mainly from April through August, but they can also occur earlier in spring or later in fall. And they can inflict heavy damage. A derecho that swept across the Midwest in August 2020 generated over US.5 billion in damages – the nation’s most costly thunderstorm.

Derechos can be even harder to predict than tornadoes, and once they form, they can move very fast. As Colorado State University atmospheric scientist Russ Schumacher warns,

“Communities, first responders and utilities may have only a few hours to prepare for an oncoming derecho, so it is important to know how to receive severe thunderstorm warnings, such as TV, radio and smartphone alerts, and to take these warnings seriously. Tornadoes and tornado warnings often get the most attention, but lines of severe thunderstorms can also pack a major punch.”

4. Cleaning Up After Storms

Tornadoes and other natural disasters often leave huge quantities of debris behind – uprooted trees, splintered buildings, smashed cars and more. It can take communities months or even years to clean up, and the process typically is slow, expensive and dangerous.

Sybil Derrible of the University of Illinois–Chicago, Juyeong Choi of Florida State University and Nazli Yesiller of California Polytechnic State University study urban engineering, disaster management and planning, and waste management. They see a need for new technologies and strategies that officials can use to figure out what materials storm debris contains and find options for separating, reusing and recycling it.

“For example, drones and autonomous sensing technologies can be combined with artificial intelligence to estimate amounts and quality of debris, the types of materials it contains and how it can be repurposed rapidly. Technologies that allow for fast sorting and separation of mixed materials can also speed up debris management operations,” they write.
“Turning the problem around, creating new sustainable construction materials – especially in disaster-prone areas – will make it easier to repurpose debris after disasters.”

Jennifer Weeks is a senior environment + energy editor at The Conversation.